Jake Owen is an eminent American country singer and songwriter. 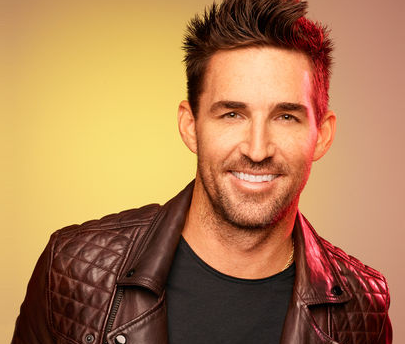 Jake Owen is an eminent American country singer and songwriter. He has released altogether five studio albums with RCA Nashville which he signed in 2006 while most of his songs debuted on Billboard Hot Country Songs as well as Billboard 200 charts. Moreover, he has received the Academy of Country Music Award and the American Country Award. Today, let’s explore the facts related to Jake Owen’s wiki, bio, career, net worth, and many more.

What is Jake Owen known for?

Where is Jake Owen born?

Back to his early life, Jake Owen was born in Winter Haven, Florida as Joshua Ryan Owen. Owen is the son of Steven Carter Owen and Mitzi Long. He has a fraternal twin brother named Jarrod Owen. He holds American citizenship and is of mixed ethnicity (Welsh, English, and Native American).

Along with his twin brother, he frequently competed in various sports while he eventually decided to pursue his career as a professional golfer. When he was 15, he won his first tournament. He attended Vero Beach High School and later went to Florida State University.

However, he dropped his golf career after a wakeboarding accident which caused a reconstructive surgery. During his recovery, he started teaching himself playing guitar and began to perform a gig at a local bar and writing as well.

Following, he relocated to Nashville, Tennessee to pursue his career in music while landing there, a bank teller sent his music CD to the publishing company, Warner/Chappell Music, but they didn’t sign him. In 2005, he signed with RCA Nashville after drawing the attention of Sony BMG Nashville executes.

When did Jake Owen pursue his music career?

Reflecting on his personal and love life, Jake Owen has been married once, however, the happiness of his marital life didn’t last long. On 7 May 2012, he married his ex-wife, model Lacey Buchanan, in Vero Beach, Florida. He proposed to her on stage amid the audience during his yearly charity show in his hometown.

They got engaged on 7 April 2012. Shortly after Owen proposed to her, he teasingly said, “You’re probably wondering where your ring is, right?” as he proposed without a ring, right after performing “Don’t Think I Can’t Love You”. They gave birth to their first child, daughter Olive Pearl on 22 November 2012.

After three years of sweet-and-sour marriage, they divorced in August 2015. On 29th April, Owen with his girlfriend Erica Hartlein birth a daughter named Paris Hartley Owen in 2019. However, he hasn’t disclosed when he is tying a knot, to make Hartlein his lawfully wedded wife. So, stay tuned with us for more updates.

How much net worth is Jake Owen owns?

According to some online sources, Jake Owen’s net worth is $10 million at present while his salary is still under review. The popular country music singer and songwriter, he has amassed a gigantic sum of fortunes by releasing well-received albums and music tours.

He has released five Billboard debuting studio albums, Owen has escalated his possession in millions that allows him to live a sophisticated lifestyle amid overflowing affluence.

How tall is Jake Owen?

Observing his body statistics, Jake Owen is a notably attractive celebrity and he’s also in great shape. The musician stands tall at an impressive 1.88 m (approx 6 ft 2 in). Presently, his weight and other body measurements are not publicly listed. But it is certain that Jake puts in the effort to maintain his stunning physique.

Our contents are created by fans, if you have any problems of Jake Owen Net Worth, Salary, Relationship Status, Married Date, Age, Height, Ethnicity, Nationality, Weight, mail us at [email protected]