Jake Paul is an American actor, YouTuber, and internet personality who is famous for his role of Dirk on the Disney Channel series "Bizaardvark". 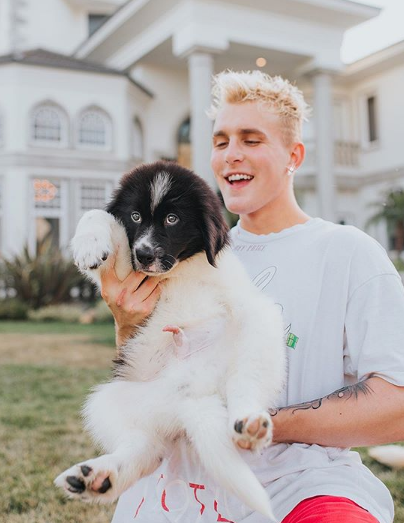 Jake Paul is an American actor, YouTuber, and internet personality who is famous for his role of Dirk on the Disney Channel series “Bizaardvark”.

He is also famous for his youtube videos. Recently on 24th June 2019, he got engaged to his girlfriend, Tana Mongeau, and gifted her a Mercedes.

What is Jake Paul famous for?

When was Jake Paul born?

Jake Paul was born on 17th January 1997 in Cleveland, Ohio, US. His birth name is Jake Joseph Paul. American is his nationality. He has a mixed ethnicity of German-English. Capricorn is his zodiac sign.

He was born to Gregory Paul(father) and Pamela Stepnick(mother). He has an elder brother, Logan Paul who is also a YouTuber.

He was raised in Ohio along with his brother. He did his schooling at Westlake High School in Ohio. During his school days, he also participated in a state wrestling tournament and ranked fifth in it.

How is Jake Paul’s career?

-Jake Paul started his career as an internet personality by posting a video on the app ‘Vine’ in September 2013.

-Then, he started to upload the videos on the app and his videos made him a famous Vine star. When the app ‘Vine’ got shut down in 2017, he had 5.3 million followers on that app.

-After being popular in the app ‘Vine’, he started his own youtube channel titled “Jake Paul” in 2013.

At present, he has 19 million subscribers on his youtube channel.

-He also starred in the role of Dirk in the Disney Channel series “Bizaardvark” in the year 2015 and he became the first social media star to be in Disney Channel’s main cast.

-On 10th February 2016, he played the role of Lance in the Youtube Red original film ‘Dance Camp’.

-In the same year, he also acted in a Fox Digital Studios production film “Mono”.

-He was invited as a guest at an event at the White House centering on social media on 5th January 2017.

-In the same year, he released a song and music video titled “It’s everyday bro” with Team 10 which got 70 million views within its first month on Youtube.

-At present, he is focusing more on his youtube channel by uploading new videos.

Who is Jake Paul engaged to?

The American actor and YouTuber, Jake Paul recently got engaged to his girlfriend Tana Mongeau. The couple started dating in April 2019 and finally got engaged on June 24, 2019.

Tana Mongeau is also a popular YouTuber and internet personality. Jake proposed with a ring to Tana on her 21st birthday and gifted her a Mercedes.

Jake Paul also had been in a deep relationship with Erika Costell, an Instagram personality and model. He also dated Alissa Violet.

What is the net worth Jake Paul?

Jake Paul has an estimated net worth of $20 million USD as of 2019. The YouTuber has comparatively good earning from his youtube channels.

He is also one of the highest-paid Youtubers in the world.

How tall is Jake Paul?

He has a body measurement of 40-32-35 inches with his shoe size of 9 US. He has a fair complexion with blue eyes and blonde hair.

Our contents are created by fans, if you have any problems of Jake Paul Net Worth, Salary, Relationship Status, Married Date, Age, Height, Ethnicity, Nationality, Weight, mail us at [email protected]