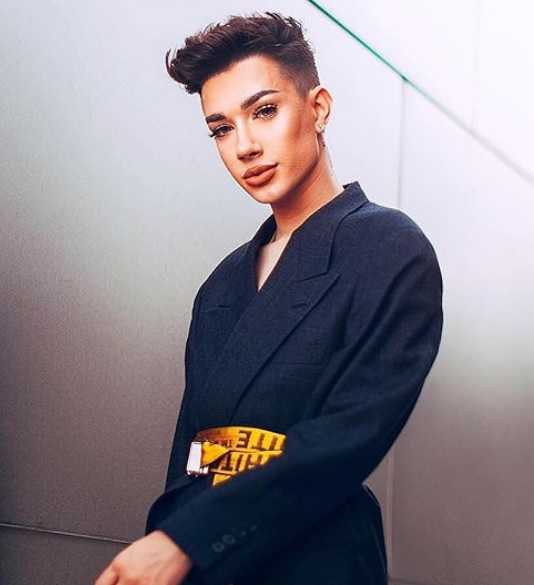 James Charles Dickinson, popularly known as James Charles is an American internet celebrity,  makeup artist, and model. He became the first male ambassador for CoverGirl in 2016. He has garnered millions of fans on Instagram, Twitter, and his YouTube channel. In April 2019, he announced his first Sisters Tour.

James Charles, an Internet celebrity, model, and makeup artist, revealed on social media that he would be visiting the United States this summer as part of the Sister Tour. On 23 April 2019, the 19-year-old makeup artist announced his Sisters Tour. He will make 24 stops throughout the United States of America. On Instagram, he wrote,

“SEE YOU THIS SUMMER, SISTERS! I’m overjoyed to announce my FIRST-EVER TOUR OF THE UNITED STATES! I’m visiting 24 cities throughout the United States of America with an immersive display featuring makeup, music, sports, tea, and, of course, selfies! All information is available at http://sisters-tour.com; tickets go on sale THIS FRIDAY, 4/26 AT 10 a.m. PST!”

What Is James Charles’s Notoriety?

Where in the World was James Charles Born?

He graduated from Bethlehem Central High School in 2017. He wore a graduation cap with the CoverGirl slogan “Simple, Breezy, Gorgeous” emblazoned across it.

Personality on the Internet

In December 2015, he released his self-titled YouTube channel. His channel is devoted to cosmetics.

His YouTube channel has over 16.3 million subscribers and 1.4 billion views as of April 2019.

He became the first male spokesmodel for cosmetics brand CoverGirl in October 2016. He was 17 at the time.

He worked along with brand ambassador Katy Perry.

He is the face of the soon-to-be-launched So Lashy! by BlastPro Mascara as the first male spokesmodel and brand ambassador for CoverGirl.

He walked the runway for Marco Marco’s Six 1/2 collection during Los Angeles Fashion Week in 2017.

He collaborated with Morphe Cosmetics to release an eyeshadow palette in 2018.

He was invited to Birmingham, England in January 2019 to open the company’s second UK store. Over 7,000 fans showed up to see him causing traffic gridlock.

He did make up for Iggy Azalea’s music video shoot for “Sally Walker” in March 2019. He also made a cameo appearance in the video.

He has appeared as himself in television shows, Apologies in Advance with Andrea Russett, Zall Good, and Shane and Friends in 2017.

He later appeared in The Secret World of Jeffree Star and Strahan & Sara.

Who is James Charles Dating?

James Charles is openly gay. He is unmarried. He was romantically linked with Grayson Dolan. However, neither of them has spoken about the rumor. Previously, he was linked with fellow Internet personality, Aaron Fuller.

He drove controversy in February 2017 when he tweeted an offensive joke about Africa and Ebola. He later apologized via a statement. He wrote,

“I am extremely sorry for what I said. There are no excuses. No one owes me forgiveness, but I’ve learned a lot from the experience. I hope that the people who might look up to me will be able to learn from my mistakes and not repeat them.”

He drove another controversy in March 2017 when YouTube makeup artist Thomas Halbert posted screenshots of previous conversations with Charles where he admitted his story regarding his rise in notability was falsified. Charles originally claimed he had his high school prom photographs retaken with a ring light. The conversation revealed that he had actually edited the photographs and contacted the photographer.

What are James Charles Body Measurements?

What is Jame Charles Net Worth?

James Charles is one of the popular Internet personality and makeup artist. He has already garnered millions of fans and followers on his Instagram, Twitter, and YouTube channel. He earns from his modeling career, as a makeup artist, as well as from his YouTube channel and Instagram sponsorships. As of 2019, his net worth is estimated at $12 million.

Our contents are created by fans, if you have any problems of James Charles Net Worth, Salary, Relationship Status, Married Date, Age, Height, Ethnicity, Nationality, Weight, mail us at [email protected]