Jamie Lee Curtis is a well-known American actress, director, author, and producer who already has earned massive success in the showbiz arena. 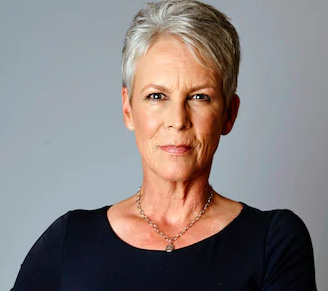 I believe that life is hard. That we all are going to walk through things that are hard and challenging, and yet advertising wants us to believe that it's all easy

Getting sober just exploded my life. Now I have a much clearer sense of myself and what I can and can't do. I am more successful than I have ever been. I feel very positive where I never did before, and I think that's all a direct result of getting sober

Jamie Lee Curtis is a well-known American actress, director, author, and producer who already has earned massive success in the showbiz arena. The talented actress Lee is widely notable for her acting performance in horror movies. In fact, she earned huge fame in the movie industry for landing an acting role in the movie ‘True Lies’. Now she is a very familiar face in the Hollywood showbiz arena.

Jamie Lee Curtis is an iconic American actress who has definitely made her mark in the entertainment industry. She is best known for her roles in Halloween, True Lies, Prom Night, and The Fog. Her repeated appearances in horror movies led to her earning the title, ‘Scream Queen’ by fans of the genre. Jamie Lee Curtis is also an accomplished children’s book author and has had her books make it to the New York Times bestseller list. Not only that but she also blogs occasionally for The Huffington Post.

Who are the parents of Jamie Lee Curtis?

Back to her early life, Jamie Lee Curtis was born in Santa Monica, California. Her parents were actor Tony Curtis and Janet Leigh. After her parents divorced in 1962, her mother remarried Robert Brandt. She has several siblings from her father’s other marriages.

Regarding her education, Curtis went to the Westlake School and later to Beverly Hills High School. In 1976, she enrolled at the University of the Pacific in California but quit after one month to pursue her acting career.

When did Jamie Lee Curtis Pursue her acting career?

Curtis made her on-screen debut in the 1978 horror film Halloween. The film became the highest-grossing independent film of the time and put Curtis’ name among the most wanted Hollywood newcomers. Following this appearance, she was cast in several other horror films, and earned the title “scream queen.”

Her next notable appearance was in the 1980 film The Fog, which mixed reviews, however, was a major box office success. The same year, Curtis starred in the horror film Prom Night, which earned her the Canadian Genie Award for Best Performance by a Foreign Actress. Throughout the 1980s, Curtis continued to star in horror movies. In 1983, she won the BAFTA award as best supporting actress in the film Trading Places.

Curtis’ first television appearance was in the 1989 show, Columbo. After this appearance, she began staring at the sitcom Anything But Love, which ran until 1992. For her performance, Curtis won a Golden Globe and People’s Choice Award. She has again honored with a Golden Globe nomination for her work on the TNT’s show The Heidi Chronicles. Her later television work included the CBS’s television movie Nicholas’ Gift. In recent years, Curtis has starred in the television show NCIS for five episodes in 2012.

In 2003, Curtis starred in Disney’s family movie Freaky Friday alongside Lindsay Lohan. For the role, she was nominated for a Golden Globe Award. In 2006, the actress announced that she is ending her acting career to focus on her family. However, since then she has starred in the 2007 Disney film Beverly Hills Chihuahua ad the 2010 comedy You Again.

During her acting career, Curtis also worked on several children’s books which are the following:

Reflecting on her personal life, Curtis is married to Christopher Guest since December 18, 1984. She originally fell in love with him when she saw a picture of him from the movie This Is Spinal Tap in Rolling Stone and said to her friend Debra Hill; ‘Oh, I’m going to marry that guy’, and actually married him five months later. Together they have two adopted children; Annie, born in 1986, and Thomas born in 1996. It was rumored that she could not have children since she was born intersex. Further, She is actor Jake Gyllenhaal’s godmother.

Curtis is an active philanthropist and has participated in fundraisers for the American Foundation for Equal Rights and the 2016 Human Rights Campaign. She is also one of the leading advocates for Children’s Hospital Los Angeles and she is involved with the Children Affected by AIDS Foundation.

How much net worth Jamie Lee Curtis owns?

The Scream Queen has kept the money rolling in since her debut film. She has also been bringing in the money with her very popular children’s books. Presently, her net worth is estimated at an astounding $60 Million with the potential to increase in the nearest future.

How tall is Jamie Lee Curtis?

Observing her body physics, Jamie stands a height of 5 feet 9 inches and weighs around 68 kg. She has a pair of blue colored eyes and gray colored hair. She used 38C (US) bra size, 10 (US) shoe size, and 2 sizes of the dress. Further, her body measures 33-27-33 inches.

Our contents are created by fans, if you have any problems of Jamie Lee Curtis Net Worth, Salary, Relationship Status, Married Date, Age, Height, Ethnicity, Nationality, Weight, mail us at [email protected]