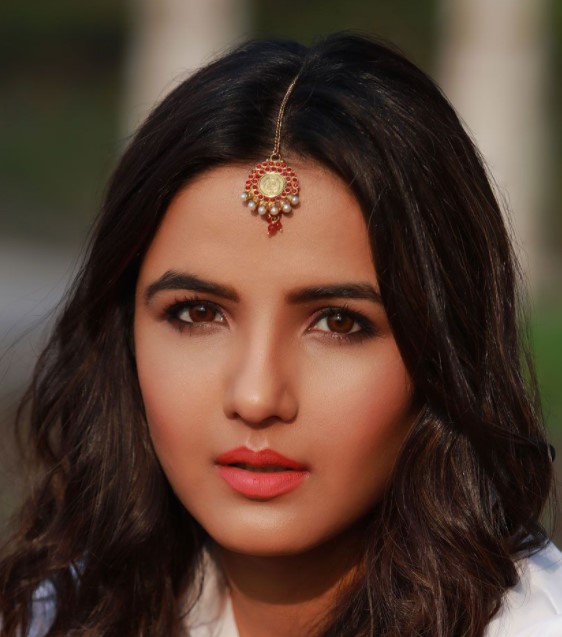 Jasmin Bhasin is an Indian actress and model who is well-known for portraying Twinkle Taneja Sarna in Zee TV’s serial, “Tashan-e-Ishq” and Teni Bhanushali in Colors TV’s serial, “Dil Se Dil Tak”. For her role as TWinkle, she even had won Best Debut Female Gold Awards in 2016. Having her career started in 2011 with her debut in the Tamil film, “Vaanam”, Bhasin has managed to come a long way up becoming one of the best TV actresses.

In 2019, Bhasin played the lead role of “Happy” in Star Plus’s serial “Dil Toh Happy Hai Ji.” She has also appeared on reality shows such as “Khatron Ke Khiladi,” “Fear Factor: Khatron Ke Khiladi-Made in India,” and is currently a contestant on “Bigg Boss” season 14. Bhasin is also active on social media, with over 2.8 million Instagram followers under the handle @jasminbhasin2806, which is currently operated by #TeamJasmin #JBinBB14.

What is Jasmin Bhasin’s most well-known achievement?

Jasmin Bhasin was born in India.

Jasmin Bhasin was born in Kota, Rajasthan, India, on June 28, 1990. Jasmin Bhasin is her given name. Her nationality is that of an Indian woman. Bhasin is of Asian origin, and her zodiac sign is Cancer.

Surpal Bhasin (father) and Gurmeet Kaur Bhasin (mother) raised Jasmin Bhasin in a simple Sikh family (mother). Surpal, her father, works in an office, and her mother is a stay-at-home mom. She has a younger brother as well.

Bhasin was born and raised in Rajasthan and attended Birla School Pilani for her early education. She then completed her graduate studies at Jaipur’s SNDT Women’s University. Bhasin had an early interest in acting and wanted to pursue a career in it, which she began with modeling projects and television commercials.

In 2011, Jasmin Bhasin made her acting debut in the Tamil film “Vaanam.”

In 2015, Bhasin was cast as Twinkle Taneja Sarna, the female lead in Zee TV’s famous romantic series “Tashan-E-Ishq.” She landed her first big acting job as a result of the role.

She also starred as Anjali in the Telugu film “Ladies & Gentlemen” in the same year.

In 2016, she also appeared as Twinkle in the episode “Jamai Raja.”

In 2017, Bhasin had yet another breakthrough as Teni Bhanushali in Colors TV’s serial “Dil Se Dil Tak.”

In 2019, she made her reality show debut as one of the contestants on “Fear Factor: Khatron Ke Khiladi.” She was a semi-finalist in the competition.

In 2019, she was cast as Nayantara in “Naagin: Bhagya Ka Zehreela Khel.” She did, however, quit the show.
She appeared in “Fear Factor: Khatron Ke Khiladi – Made in India” in 2020.

Bhasin is currently a contestant on “Bigg Boss” season 14 as one of the contestants. She had been inside the house before, but only as a tourist.

Jasmin Bhasin is rumored to be dating Aly Goni at the moment. Aly Goni is an Indian television actor and social media personality best known for his role as Romesh “Romi” Bhalla in “Yeh Hai Mohabbatein,” an Indian television drama series. Aly and Jasmin are close friends who have worked together on reality shows such as “Fear Factor: Khatron Ke Khiladi 9,” “Khatra Khatra,” and “Fear Factor: Khatron Ke Khiladi – Made in India.”

The news of their relationship broke when Aly joined the “Bigg House 14” house on November 4, 2020, on the 33rd day of the show’s premiere, where Jasmin is already a contestant. Fans are eager to see their off-screen chemistry in a reality show.

Suraj Wadhwa was previously in a relationship with Bhasin. In addition, she has a beagle dog called Mia who is still by her side. Siddharth Shukla and Rashami Desai are both good friends of Bhasin’s.

Jasmin Bhasin’s professional career as an actress has made her a decent living. Bhasin began her career in 2011, and in just ten years, she has risen quickly. Her acting roles, especially in Hindi serials and shows, are undoubtedly her main source of income. Bhasin’s net worth is reported to be around $1.5 million, including her earnings.

Our contents are created by fans, if you have any problems of Jasmin Bhasin Net Worth, Salary, Relationship Status, Married Date, Age, Height, Ethnicity, Nationality, Weight, mail us at [email protected]