Jason Kent Bateman is an American actor, director, and producer. He began acting on television in the early 1980s on Little House on the Prairie, Silver Spoons, and The Hogan Family. 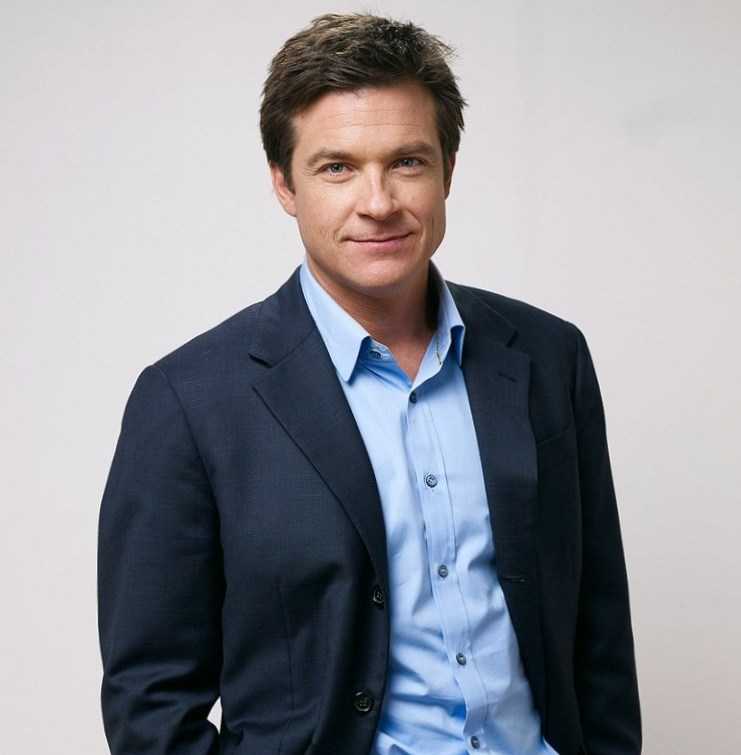 Acting is just playing the violin in an orchestra. Directing is being the conductor.

My sense of humor lies a little closer to the middle.

By definition, gay is smart. I see plenty of macho heterosexual idiots, but nine times out of 10 you can have a great conversation if you find a gay guy.

Jason Bateman is an American actor, director, and producer who is popularly known for his role as Michael Bluth on the sitcom “Arrested Development”.  Bateman has starred in several films including, “Teen Wolf Too”, “The Break-Up”, “Hancock”, “Up in the Air”, “The Switch”, “Game Night”. Bateman has been starring and directing the Netflix crime drama series, “Ozark” since 2017 for which he was awarded the “Primetime Emmy Award for Outstanding Directing for a Drama Series” in 2019.

What is Jason Bateman Famous for?

When and Where was Jason Bateman Born?

Jason Bateman was born on January 14, 1969, in Rye, New York, United States. His birth name is Jason Kent Bateman. His nationality is American. Bateman belongs to White ethnicity while Capricon is his zodiac sign.

Jason is the son of Kent Bateman(father) and Victoria Elizabeth(mother). His father is an actor, writer, director, and the founder of a repertory stage in Hollywood while his mother was a flight attendant for Pan Am.

Jason was raised along with his sister, Justine Bateman and three half-brothers. When he was 4, his family moved to Salt Lake City, Utah, and later to California.

Jason was always interested in acting and drama also because of his father’s professional life. When Jason was 10, he started acting professionally in commercials and TV shows. However, Jason never received his diploma as he didn’t complete his high school.

How is Jason Bateman’s Professional Career?

The 50 years old popular actor, Jason Bateman is a married man. Bateman is married to Amanda Anka. Amanda is the daughter of singer Paul Anka. The couple got married in 2001. They are blessed with two daughters: Francesca Nora Bateman and Maple Sylvie Bateman.

Jason is living a happy life with his wife and daughters and currently resides in Los Angeles, California.

Jason had been addicted to drugs and alcohol before and also had surgery to remove a benign polyp from his throat. Besides, Bateman is an avid fan of the Los Angeles Dodgers baseball team.

How Much Does Jason Bateman Earn?

Jason Bateman has a well-managed career life through which he makes money for his living. Bateman has been working in the industry appearing in sever television series, shows, movies, and videos through which he has managed to amass a great fortune of the amount in million dollars.

Bateman enjoys his fortune which is estimated to be $35 million.

Bateman took $125,000 per episode of the Netflix series and is one of the highest-paid actors in the series. Bateman earns a salary of $7 million per movie. With all the fortunes, he has managed to live a lavish and luxurious lifestyle.

How Tall is Jason Bateman?

Jason Bateman has a well maintained perfect body physique. Bateman stands tall with a height of 5ft. 11inch.(1.80m) while his body weighs around 85kg(187 lbs).

He has a body measurement of 42-34-15 inches with 10(US) as his shoe size. Jason has a fair complexion with blue eyes and light brown hair.

Our contents are created by fans, if you have any problems of Jason Bateman Net Worth, Salary, Relationship Status, Married Date, Age, Height, Ethnicity, Nationality, Weight, mail us at [email protected]