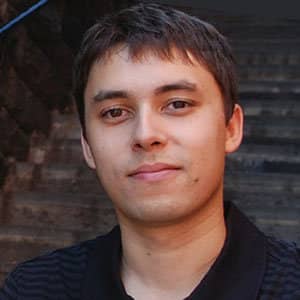 Jawed Karim is a German-American software engineer and entrepreneur. He is best known as one of the co-founders of Youtube.

How old is Jawed Karim?

Jawed Karim was born on October 28, 1979, in Merseburg, East Germany. As of 2020, his age is 40. He was born to parents Christine Karim (mother) and Naimul Karim (father). His father is a Bangladeshi researcher whereas his mother is a German scientist who works as a research professor of biochemistry with the University of Minnesota. He is one of their two children and has a sister, Ilias.

Karim and his family experienced xenophobia which is why they crossed the inner German border and went to Neuss, West Germany. However, the problem did not go away and they moved to Saint Paul, Minnesota, in 1992. His ethnicity is Bangladeshi, German.

How did Jawed Karim pursue his career?

While studying at the University of Illinois, he landed a job at PayPal. There, he met Chad Hurley and Steve Chen, who would be his future co-founders of Youtube. The trio founded YouTube in 2005. On April 23, 2005, Jawed made history by uploading the first-ever video on YouTube titled, ‘Me at the zoo’.

After co-founding the company with Chad Hurley and Steve Chen and developing the concept and website, he enrolled in computer science at Stanford University while acting as an advisor to YouTube which is the reason he is less famous than his two fellow co-founders. When Google acquired YouTube, Jaewd received 137,443 shares of stock, worth around $64 million based on Google’s closing stock price.

In October 2006, at the University of Illinois’ annual ACM Conference entitled YouTube: From Concept to Hyper-growth, he gave a lecture about the history of YouTube. It also contained pictures and videos of the trio from the garage days of the video-sharing platform. In May 2007, he returned again to the University of Illinois as the speaker at the university’s 136th commencement.

In March 2008, he launched a venture fund called Youniversity Ventures with two partners, Keith Rabois and Kevin Hartz. Moreover, he is also one of Airbnb’s first investors.

How tall is Jawed?

Karim has brown hair and similarly, a pair of brown eyes. He has not revealed his height and weight.

What is the Net Worth of Jawed Karim?

Jawed Karim has an estimated net worth of around $140 million as of 2020. He earned over $64 million when Google acquired Youtube. His current annual salary remains under the shadow.

After immense criticism from all sides, on 2 April 2019, Google+ was closed for personal accounts.

Who is Jawed Karum dating?

Jawed Karim has managed to stay very private regarding his private life. However, according to several online sites, he is dating Kia Abdullah. She is a British writer and the couple has been spotted together several times.

Our contents are created by fans, if you have any problems of Jawed Karim Net Worth, Salary, Relationship Status, Married Date, Age, Height, Ethnicity, Nationality, Weight, mail us at [email protected]