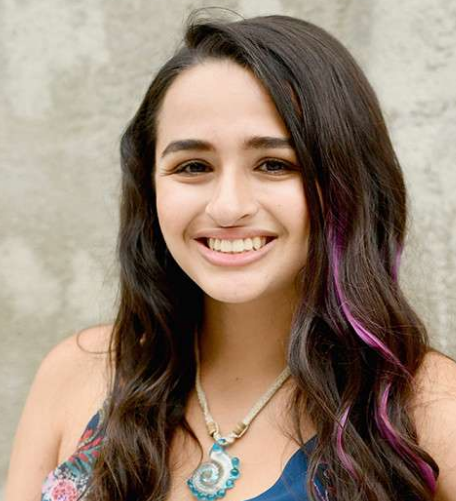 Jazz Jennings is a famous American YouTube Star, Author, and also a popular television personality too. She is best known as an LGBT rights activist, who was born male but embraced her female transgender identity at a young age.

In I Am Jazz spoiler, Jann Jennings has revealed that she has a boyfriend, Ahmir from Philadelphia, Pennsylvania. and she is ready to introduce him to her parents. He will be visiting her parents soon in the near future, according to her.  She is yet to complete her bottom surgery. After completing her bottom surgery, she is ready more than ever to live the life she always wanted.

She says, “I want him to come down to Florida and he might be here a lot, at the house, hanging out with me. Is that cool?” Greg then asks her, “Do you feel like you’re diving in a little too deep on a first real relationship?”. Jazz then replies, “Just cause he’s flying down here doesn’t mean we’re diving in or it’s a huge step”.

Ahmir is 19 and he is from Philadelphia. He is a high school graduate but he isn’t at college or has a job at present.

Her parents are also conscious that she’s never had a boyfriend before and they are quite protective as other normal parents are. Her parents are also aware that Jazz has recently undergone gender confirmation surgery and doesn’t want any complications before her bottom surgery completes.

Her father, Greg lays some ground rules such as no sleeping over for Ahmir and no locking the door.

Jazz Jennings was born on the southern side of Florida, USA. His nationality is American and his ethnicity is Jewish. she has a sister named Ari Jennings and Twin brothers Sander and Griffen Jennings.

She was born to her parents, father Greg, and mother Jeanette on 6th October 2000. She was born in a Jewish family. She grew up following the Jewish faith. Although she looks like a female, she was born as a male. Afterward, in 2004, diagnosis showed that she had an identity disorder as a child. From a young age, she looked female. But she was born transgender. She always wanted herself to represent as a female rather than a male.

From an early age, she appeared on various TV shows representing transgender issues in real life.

Moving towards her education, she attended a high school in south Florida later drop-out from there.

The career of Jazz Jennings

Jazz Jennings is a popular YouTuber, a spoke model, an LGBT rights activist, and a TV personality. Additionally, she is also an actress and a director. After knowing that she was a transgender girl, she attracted a lot of attention. She appeared on several TV shows. At the age of 6, she appeared on “20/20” and “The Rosie Show” to talk about the issue she faced as a transgender girl.

Afterward, in 2007, she featured in a documentary movie. The name of the movie is “I Am Jazz: A Family in Transition”. Later on, she also co-wrote a book named, “I am Jazz”. This book was made for children. She kept on inspiring people and fighting against the inequality faced by transgender people, especially children. Consequently, she earned a place on the list of “The 25 Most Influential Teens of 2014”.

She is also a model. She appeared on commercials for Clean & Clear. Later on, she published a memoir named, “Being Jazz: My Life as a (Transgender) Teen”.

Net Worth of Jazz Jennings

Jazz has very positive hope towards a relationship. As of now, she is single. While talking about dating goals, she says she is attracted to boys. She also states that if she is declined by any boys because of her gender, that won’t be the right guy for her. For sure, she has some standards for boys. But those standards are just about being right from the inside.

Currently, she is single as there are no dating rumors. But she has dated her childhood boyfriend in the past.

Jazz Jennings has a height of 5 feet 2 inches. Her body weighs 55kg. She has black hair and a pair of dark brown eyes. Furthermore, her body measurements are 33-27-34 inches.

Our contents are created by fans, if you have any problems of Jazz Jennings Net Worth, Salary, Relationship Status, Married Date, Age, Height, Ethnicity, Nationality, Weight, mail us at [email protected]