Jeff Probst is an American reality show host and an executive producer. He is best known as the Emmy Award-winning host of the U.S. version of the reality television show Survivor. 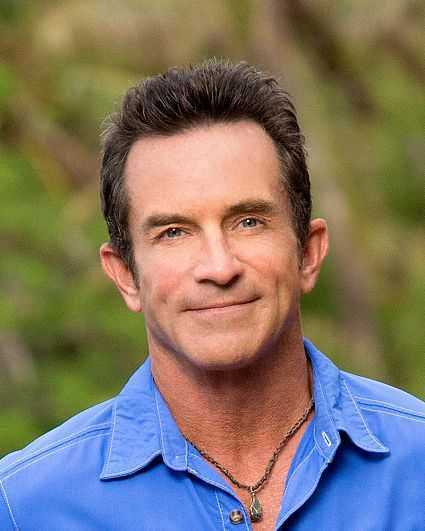 In Survivor and Finder's Fee, it is about what you would do if you could get away with it. Survivor is about your own integrity and where you draw your own ethical and moral lines. There are no rules.

Reality is a genre that seems to be here to stay. I don't know how many of the new shows will last, but the more competition you have, the harder that pie is to slice up.

There's something to be said for embracing who you are.

Jeff Probst is famously known as the long-term host of Survivor. The series, which challenges the physical and mental prowess of contestants, is regarded as one of the greatest TV shows of all time and this reputation is partly due to Probst. His polished and funny personality, as well as his button-down shirts, have endeared him to viewers over the years. His talented has also fetched him several awards and contributed to the show’s longevity. Let’s know more about the accomplished media personality through this article.

Who are the parents of Jeff Probst?

Jeff Probst was born in Wichita, Kansas, United States America. He is the son of Jerry and Barbara Probst, and he grew up in Bellevue, Washington. He has two lovely brothers named Scott Probst and Brent Probst. He holds American citizenship and belongs to the white ethnic group. His birth sign is Scorpio.

After graduating from Newport High School in 1979, he later moved to Seattle Pacific University and he worked as a producer and narrator of marketing videos at Boeing Motion Picture or Television studio.

When did Jeff Probst begin to start hosting?

Who is Jeff Probst married to?

Reflecting on his personal life, Jeff is married to Lisa Ann Russell, a model, and actress. He first met his wife at a party put together by Survivor producer, Mark Burnett. They later commenced a relationship and tied the knot on the 05th of December 2011 in L.A. Since they tied the knot, the couple has not only enjoyed marital bliss but also collaborated professionally. Russell co-hosted her husband’s short-lived talk show, The Jeff Probst Show in 2013.

It must be noted that the couple’s union marks the second marriage for each of them. The Survivor host was previously married to the psychotherapist, Shelly Wright, from 1996 to 2001. Russell, on the other hand, was married to actor Mark Gosselaar. Their union lasted from 1996 to 2010 and produced two children; son, Michael Charles, and daughter, Ava Loren. He has disclosed that he is quite close to the kids and that they even call him dad.

What is the net worth of Jeff Probst?

Being an American game show host and an executive producer, Jeff earns a decent amount of money and popularity through his profession. Based on online sites, his estimated net worth said to be $40 million at present and his annual salary is somewhere around $8 million.

How tall is Jeff Probst?

Observing his body statistics, Jeff stands a height of 5 feet 11 inches and weighs around 77 Kg. He has a pair of blue eyes and dark brown hair color. His other body information is yet to be disclosed. In the case of disclosed, we will let you know.

Our contents are created by fans, if you have any problems of Jeff Probst Net Worth, Salary, Relationship Status, Married Date, Age, Height, Ethnicity, Nationality, Weight, mail us at [email protected]