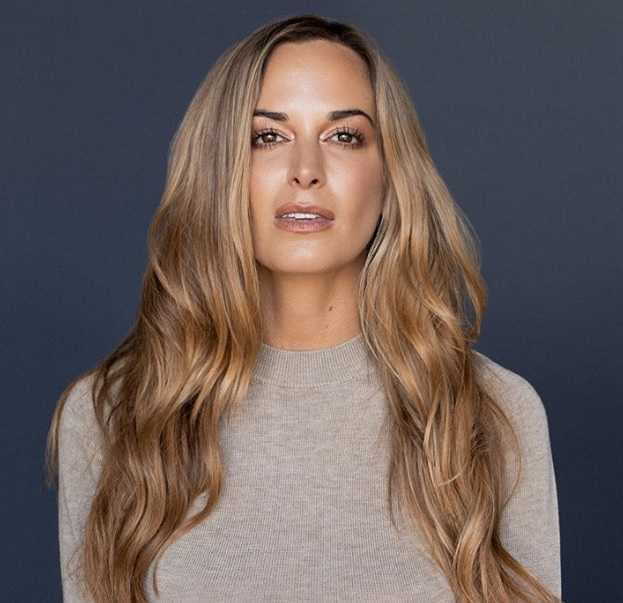 Jena Michelle Sims, popularly known as Jena Sims is an American actress, model, and beauty pageant titleholder. She won the Miss National Junior Teenager title in 2005, Miss Georgia Teen USA in 2007. She later competed in 2007 Miss Teen USA. She has over 149k followers on her Instagram.

What is Jena Sims Famous For?

Where was Jena Sims Born?

Jena Sims was born on 30 December 1988. Her birth name is Jena Michelle Sims. Her birthplace is in Winder, Georgia in the United States. She holds an American nationality. Information about her parents is currently unavailable. She grew up in Winder, Georgia.

She attended Winder-Barrow High School in 2007. After graduating from high school, she briefly attended Belmont University in Nashville, Tennessee, where she studied International Business. She later relocated to Hollywood, California to pursue a career in modeling and acting.

She competed in Miss Georgia National Teenager in 2004. She was crowned with the title.

She later won the Miss Junior National Teenager title in 2005.

In 2007, she competed in the Miss Georgia Teen USA. She was crowned the winner. She won the title after her second attempt. She exited from the semi-finals in 2006.

She represented Georgia in the Miss Teen USA 2007.

She starred in the 3D comedy horror television film, Attack of the 50 Foot Cheerleader in 2012.

She has appeared in other films such as Las Vegas, Kill the Messenger, 3-Headed Shark Attack, American Beach House, and Sharknado 5.

She has also appeared in an episode of the TV series, Entourage.

She runs a non-profit organization called the “Pageant of Hope” that hosts beauty pageants for children with cancer and other disadvantages.

Her organization has been numerous awarded State and National Community Service awards. Pageant of Hope has been awarded The Nestle Very Best in Youth National Award, BRICK Do Something National Award, and the Prudential Spirit of Community Bronze and silver medallion.

She also won a Prudential Spirit of Community Award in 2003.

She received a Southern Hero Award in 2006.

She was honored with an award from the Caring Institute in Washington, DC for her work with children with cancer in 2006.

She was one of the twenty-seven American teenagers given the “Nestle Very Best in Youth” award in 2007 for her community service.

She was also named a WXIA Kids Who Care winner.

Who is Jena Sims Dating?

Jena Sims is unmarried. She is currently dating World No. 1 golfer, Brooks Koepka.

How tall is Jena Sims?

What is Jena Sims Net Worth?

Jena Sims earns from her modeling career. She pursued her career in acting as well and has appeared in several films. As of 2019, her net worth is estimated at $2 million.

Our contents are created by fans, if you have any problems of Jena Sims Net Worth, Salary, Relationship Status, Married Date, Age, Height, Ethnicity, Nationality, Weight, mail us at [email protected]