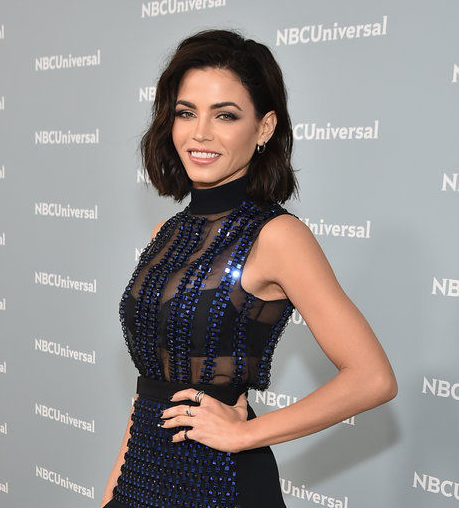 Jenna Lee Dewan, an American actress, and dancer. He is professionally known as Jenna Dewan. PETA declared her to be one of three “Sexiest Vegans” of 2017. She also co-founded ‘Iron Horse Entertainment’.

She along with her friends Reid Carolin, Adam Martingano, Brett Rodriguez and Channing Tatum started a production company called ‘33andOut Productions’. The first production is the documentary called ‘Earth Made of Glass’ which premiered at the 2010 Tribeca Film Festival.

The 37-year old American actress and singer, Jenna Dewan has found her new love. Currently, she is dating American actor, Steve Kazee. Rumors following their affair started hitting the news when they were seen together a couple of times. Earlier, the couple was spotted together at a Halloween party and at Casamigo’s party. Their relationship was confirmed when a paparazzi caught them kissing on the camera in Palm Springs, California. The way they made a kiss, it can be concluded that they were not trying to hide their relationship. They both locked themselves in their arms, gazing lovingly into each other eyes. Jenna leaned in and made a romantic kiss.

The 37-year old American actress and dancer was previously married to Channing Tatum, an American actor. They got married in 2009 and has a daughter named Everly Tatum. She was born in 2013. After nine years of marriage, the couple faced differences in each other. They announced that they had split in April 2018. Jenna has filed for divorce in last month, October. She has also requested the joint legal and physical custody of their daughter. Her ex-husband Channing Tatum is dating British singer Jessie J, and now she has also found her new love, Steve Kazee.

Jenna Dewan’s birth name is Jenna Lee Dewan. She was born on 3 December 1980 at Hartford, Connecticut, U.S. She was born to Nancy Smith and Darryll Dewan, who was a running back on the 1972 Notre Dame Football team. Her dad has Polish and Lebanese ancestry and his mother has German and English ancestry. She attended high school at Notre Dame Preparatory School in Towson, Maryland. She was a varsity cheerleader. Later, she transferred to Grapevine High School in Grapevine, Texas. She was also a varsity cheerleader there and was voted prom queen during her senior year. She went to the University of Southern California and was a member of the California Gamma Chapter of Pi Beta Phi.

Dewan’s height is 1.57 m and weight is 52 kg. She has green color eyes and hair color is dark brown. She has a pretty smile. Overall, she has a balanced and healthy body.

In late 2018, she started dating Steve Kazee. They both were seen being cozy and kissing each other at the Halloween Party in October 2018.

Net Worth of Jenna Dewan

The famous American actress, model, businesswoman, producer, and dancer’s net worth is estimated to be of $20 million dollars.

Our contents are created by fans, if you have any problems of Jenna Dewan Net Worth, Salary, Relationship Status, Married Date, Age, Height, Ethnicity, Nationality, Weight, mail us at [email protected]