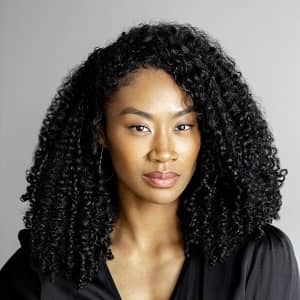 Jennie Pegouskie is a popular American model and dancer. She gained massive popularity and shot into the limelight after her appearance in Ed Sheeran’s Shape of You music video.

When was Jennie Pegouskie born?

Jennie Pegouskie Bentot was born on the 14th of August, 1988 in Seattle, Washington. As of now, her age is 32. Her nationality is American and her ethnicity is mixed.

Jennie has not revealed much when it comes to her parents. But she has shared that her mother is from Thailand and that her father is an African American. She has two siblings, a brother named Gattie and a sister named Ann. Her sister even works together with Jennie as her production assistant. Jennie was interested in dancing from a young age. She put in a lot of hard work in her craft and over the years she has become an excellent dancer.

Talking about her education, Jennie graduated from the University of Washington in 2010. Her majors were communication and marketing.

How did Jennie Pegouskie build her career?

Although Jennie practiced dancing regularly she did not pursue it as a career at the start. Instead, she used her college education to work in marketing positions for various companies. The first one she worked in was Blanton Turner, after which she joined Team Foster, working as a marketing assistant. Even now, she is still working here.

While working these jobs, her skills were recognized by Ryan Lewis and Macklemore. Jessie went on several tours with them and appeared in their music video for the song Downtown in 2015. This increased her popularity and she started to be more famous in the field of dancing. Later, in 2017, she appeared as the lead model in Ed Sheeran’s music video for the song Shape of You. The song received massive acclaim and was really popular. And with her role as both lead model and assistant production supervisor for the video, Jennie was thrust into the limelight.

Jennie is still a professional dancer and has followed her passion alongside her marketing job. She also works as a model when she gets gigs. And thanks to her popularity, she has also appeared on shows such as Jimmy Kimmel Live, The Ellen Show, and The Tonight Show with Jimmy Fallon.

What is Jennie Pegouskie’s net worth?

Jennie has not revealed her exact net worth and annual salary as of now. Unfortunately, there is also no verifiable information regarding these figures on the internet.

What are Jennie Pegouskie’s physical statistics?

Jennie stands at a height of 5 feet 8 inches tall and her weight is roughly 58 kilograms. Along with good looks, she has maintained a stunning figure with body measurements of 33-24-34 inches. Her eyes and hair are both black in color.

Who is Jennie Pegouskie dating?

Jennie Pegouskie is currently married to her husband Kamel Bentot, a French professional photographer, videographer, choreographer, dancer, and director. The two are really close to one another and frequently work together in their projects.

But Jennie also prefers keeping her marriage private and so not much is known about their relationship. But we do believe that they are married because Jennie uses the name Jennie Pegouskie Bentot on all her social media accounts.

Our contents are created by fans, if you have any problems of Jennie Pegouskie Net Worth, Salary, Relationship Status, Married Date, Age, Height, Ethnicity, Nationality, Weight, mail us at [email protected]