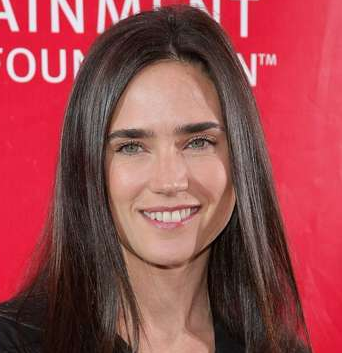 Jennifer Lynn Connelly famed as Jennifer Connelly is an American model and Academy Award-winning actress. She made her film acting debut in the crime film Once Upon a Time in America (1984). She gained critical acclaim for her work in the science fiction film Dark City (1998), and for playing a drug addict in Darren Aronofsky’s drama Requiem for a Dream (2000). Recently in the year 2019, she appeared in Alita: Battle Angel. She won the Academy Award in 2001 for Best Supporting Actress for her role as Alicia Nash in the movie The Beautiful Mind (2001).

The actor is reprising his role as a hotshot fighter pilot in Top Gun 2, the long-awaited sequel also starring Jennifer Connelly and Jon Hamm. The first trailer for the long-awaited sequel Top Gun: Maverick has been released, teasing Tom Cruise’s return to his fan-favorite role as a hotshot fighter pilot. The trailer paints Maverick as something of a dinosaur, unwilling to progress up the ranks and, according to his senior, played by Ed Harris, facing “extinction”. The new cast includes Miles Teller as the son of Goose, played by Anthony Edwards in the original, who becomes Maverick’s protege. He’ll star alongside the Set It Up breakout Glenn Powell, Oscar winner Jennifer Connelly, Mad Men alum Jon Hamm, Insecure star Jay Ellis and Val Kilmer, returning to play Iceman.

Snowpiercer is based on the graphic novel Le Transperceneige by Jacques Lob. The graphic novel was first developed into a film starring Chris Evans by South Korean director Bong Joon-ho in 2013. TBS’s Snowpiercer series is gearing up to hit the slopes, and now fans of the upcoming show have their first look at stars Jennifer Connelly and Daveed Diggs in action. Or, rather, in as much action as they can be while stranded on a train moving perpetually through the frozen wastes of a dystopic Earth. She will play Melanie Cavill in the series, the head of hospitality who also acts as the voice of the train, making announcements when required. Diggs will play Andre Layton, a former cop who is recruited by the train’s ruling class to catch a murderer. New images reveal some of the show’s stars. Jennifer Connelly (Only the Brave) as Melanie Cavill, the head of hospitality. The Beautiful Mind actress described her character as, “the voice of the train, she does the announcements to all the passengers.” Her crisp blue suit and lavishly decorated room identify her as one of the wealthy passengers, making it fairly easy to assume she will be a major antagonist in the Snowpiercer world, which is being teased this weekend at San Diego Comic-Con.

Jennifer Connelly was born on 12th December 1970 in Catskill Mountains, New York, the USA. Her birth name is Jennifer Lynn Connelly. Her nationality is American and has a mixed ethnicity of Jewish, Irish, and Norwegian. She is the daughter of Gerard Connelly (father), a clothing manufacturer, and Eileen Connelly (mother), an antique dealer. Her father is Irish Norwegian and her mother is Jewish. She attended Saint Ann’s, a private Arts school. She along with her family moved to Woodstock in 1976. After living in Woodstock for four years, they returned back to Brooklyn Heights and she rejoined Saint Ann’s. Her religion is Christian. As of 2019, her age is 48.

Jennifer Connelly is a very beautiful actress with an average height is 5 feet and 6 inches (1.69 m) with a balanced bodyweight of 61 kg. Her hair color is black and her eyes are green. She has an hourglass body with breast size 38, waist size 26, and hips size 37. Her bra size is 34D, her dress size is 10 and her shoe size is 6.5. Her other body measurements will be added soon. She maintained her body a lot.

The career of Jennifer Connelly

Net Worth of Jennifer Connelly

Jennifer Connelly is a very hardworking actress and with her hard work, she has accumulated a huge amount of net worth estimated to have $20 million as of 2019. But she has not revealed about her salary till now. But there is no doubt in the mind of her follower that she is earning a considerable amount of salary from her present work.

Jennifer Connelly is a married woman. She was married to Paul Bettany. They were married on 1st January 2003, and they have two children together, Stellan Bettany (2003), and Agnes Lark Bettany (2011). Their married life is going well and there is no sign of disturbances between them. They are enjoying their life a lot.

Previously, she was involved in a few relationships. Her first relationship was with The Rocketeer’s co-star Billy Campbell. Their relationship started while filming The Rocketeer. The couple was together for five years and they broke up in 1996. After that, she started dating David Dugan, a photographer. She gave birth to her first son (Kai Dugan) in 1997, with David. She started dating Josh Charles in 1997 and they broke up in 2001.

Our contents are created by fans, if you have any problems of Jennifer Connelly Net Worth, Salary, Relationship Status, Married Date, Age, Height, Ethnicity, Nationality, Weight, mail us at [email protected]