Jennifer Esposito is an American actress and author. 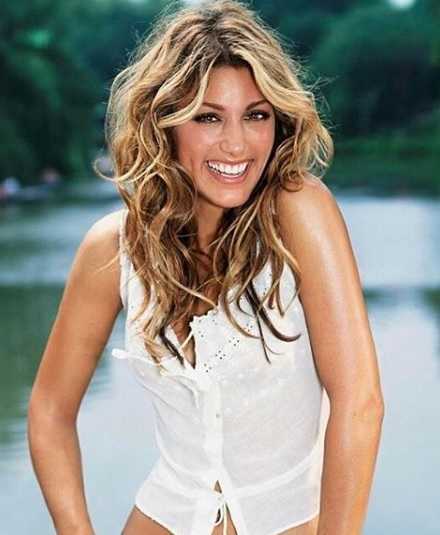 Jennifer Esposito is an American actress and author. She is best-known for her roles in the feature films, Crash, Summer of Sam, Don’t Say a Word, Taxi, and Welcome to Collinwood. Besides films, she has appeared in several television series. Some of her notable television series are NCIS, Spin City, Related, Samantha Who?, Blue Bloods, and Mistress. She has also published a book, Jennifer’s Way about her personal struggle with celiac disease before and after she was diagnosed and the things she did to survive.

Jennifer Esposito, Ex-wife of Bradley Cooper has responded to those who criticized her for commenting on a post about her ex-husband, Bradley Cooper’s Oscars duet with Lady Gaga. Cooper and his co-star from A Star is Born, Lady Gaga performed “Shallow” at Sunday night’s Oscars which went on to win the best original song.

David Spade posted a photo of Cooper and Gaga performing at the Oscars on Instagram “Is there any these 2 aren’t f***king?”. Esposito went on to comment “Ha” on Spade’s post. Her mocking comment led to criticism.

In response, Esposito posted a video on her Instagram with some explicit language explaining her comment was aimed at “David Spade’s very outward statement about something about an ex and I literally laughed at him because he was so bold in what he was saying and I thought it was funny. And I’m allowed to think something is funny. And You’re also allowed to say something and obviously, this is a time where everybody is saying whatever the hell they want.”

She also explained that she didn’t watch the Oscars as she didn’t care what went on.

Is Esposito Italian or Spanish?

Jennifer Esposito was born on 11 April 1973. She was born to a father, Robert Esposito, and a mother, Phyllis Esposito. She belongs to White ethnicity and is of Italian descent. Her birth place is in New York City, New York in the United States. She holds American nationality. Her zodiac sign is Aries. She follows Christianity. She has an older sister, Suzanne Ruffo. She grew up in Staten Island. She attended and graduated from Moore Catholic High School.

She made her film debut in A Brother’s Kiss in 1997. She has appeared in numerous films.

Her most notable films are Crash, Summer of Sam, Don’t Say a Word, Taxi, and Welcome to Collinwood.

For her role in Crash, she won Screen Actors Guild Award for Outstanding Performance by a Cast in a Motion Picture and Satellite Award for Best Cast-Motion Picture.

She has appeared in numerous films including No Looking Back, He Got Game, Side Streets, I Still Know What You Did Last Summer, Just One Time, The Bachelor, Dracula 2000, The Proposal, The Master of Disguise, Breakin’ All the Rules, Conspiracy, American Crude, Bending the Rules, She’s Funny That Way, among others.

She made her television debut in The City in 1995.

She then appeared in Law & Order and Feds.

Her other notable television series are Rescue Me, Samantha Who? Blue Bloods, Taxi Brooklyn, Mistress, The Affair, and NCIS.

The book is about her personal struggle with celiac disease before and after she was diagnosed and the things she did to survive.

Her book made The New York Times Best Sellers list in July 2014.

Jennifer Esposito is unmarried at present. However, she was married twice in the past. Her sexual orientation is straight. She first married American actor Bradley Cooper. They got married in December 2006. However, their marriage did not last longer than 5 months. They filed for divorce just after five months of their marriage and their divorce was finalized in November 2007.

She got engaged to Australian tennis player Mark Philippoussis in 2009. However, they separated in August 2010.

She then married British model Louis Dowler. They got married in November 2014 in New York City. She filed for divorce in March 2016.

She announced on The Late Show with David Letterman in October 2011 that she had celiac disease. She has written a book, Jennifer’s Way, which is about her personal struggle with celiac disease before and after she was diagnosed and the things she did to survive.

How much is Jennifer Esposito worth?

She launched Jennifer’s Way Bakery in Manhattan’s West Village in 2013. She became the brand ambassador for Eclair Naturals, a gluten-free, GMO-free, and vegan body and skincare line available in Rite Aid stores in 2015. She was featured in print ads for Bongo Fashion Clothing and Chevy Malibu automobile. She has also appeared in the tv commercial for Swiffer household cleaning products. As of 2019, her net worth is estimated at $4 million.

Our contents are created by fans, if you have any problems of Jennifer Esposito Net Worth, Salary, Relationship Status, Married Date, Age, Height, Ethnicity, Nationality, Weight, mail us at [email protected]