Jennifer Alexis Ryan is an English quizzer, singer, television personality and one of the chasers on the ITV game show The Chase. In 2019, she competed in the ITV competition series The X Factor: Celebrity, in which she placed third. 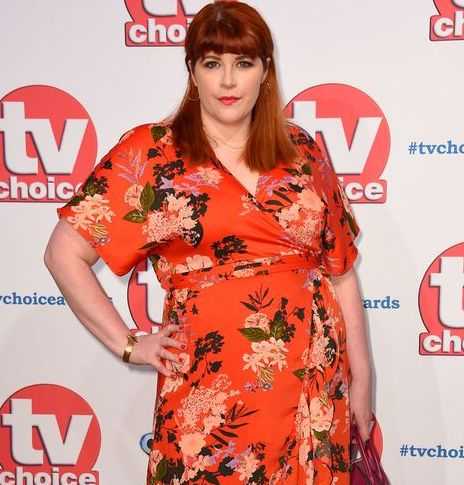 If you follow the British quiz game show, The Chase, you already know, who Jenny Ryan is. Jenny Alexis Ryan, popularly known as Jenny Ryan is an English quizzer. She is best known as one of the five chasers on the ITV game show The Chase. Besides the game show, she has competed in the celebrity version of MasterChef and The X Factor.

What is Jenny Ryan Famous For?

Where was Jenny Ryan born?

Jenny Ryan was born on 2 April 1982. Her birth name is Jenny Alexis Ryan. Her birth place is in Bolton in England. She holds English nationality. Her zodiac sign is Aries. She belongs to White ethnicity. Information about her parents and early life is not available. She has kept her personal and family background away from the limelight.

She has appeared on the quiz shows, Fifteen to One and The Weakest Link.

She was one of the members of a team, “The Gamblers” on Only Connect. The Gambles won the third series of the game show.

She chose the American television series Buffy the Vampire Slayer as her specialist subject on BBC game show, Mastermind.

She initially wrote questions for the pilot episode of The Chase in 2009.

She made her The Chase debut in September 2015.

She went through the whole show without getting a question wrong on 5 September 2019 The Chase episode.

She was one of the contestants on the 14th series of Celebrity MasterChef in 2019. She finished the competition in 6th place.

Who is Jenny Ryan Dating?

Jenny Ryan is not married. She is reportedly single. Not much information about her personal life is available. Though she shared comic posts about her boyfriend on her social media accounts in the past, she has maintained a low profile regarding her personal life. She tweeted in 2016 that her boyfriend was shark phobic. New information about her relationship status, gossips, and news will be updated accordingly.

What are Jenny Ryan Body Measurements?

Jenny Ryan stands at a height of 1.7 m i.e. 5 feet and 7 inches tall. She has an average body build.

What is Jenny Ryan Net Worth?

Jenny Ryan mostly earns from her quizzing career. Entire her professional career, she has appeared in several quiz shows. Her major quiz show is The Chase, which she is associated with since 2009. Her net worth and salary will be updated soon.

Our contents are created by fans, if you have any problems of Jenny Ryan Net Worth, Salary, Relationship Status, Married Date, Age, Height, Ethnicity, Nationality, Weight, mail us at [email protected]