Jessica Simpson is one of the popular American singer, actress, and fashion designer. 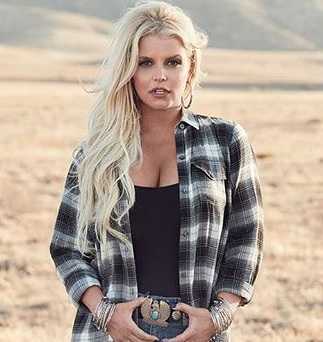 One of the popular American singer, actress, and fashion designer is named Jessica Ann Simpson. She is popular by the name Jessica Simpson. She was very young when she signed a record deal with Columbia Records She garnered quite a recognition following the release of her debut album, Sweet Kisses in 1999. She gained stardom with the success of the 2003 reality television series, Newlyweds: Nick and Jessica, with her then-husband, Nick Lachey. Her other albums are Irresitible (2001), In This Skin (2003), ReJoyce: The Christmas Album (2004), A Public Affair (2006), Do You Know (2008), and Happy Christmas (2010). She made her film debut in The Dukes of Hazzard in 2002, where she played the role f Daisy Duke. Her other films are Employee of the Month, Blood Ambition The Love Guru, and Private Valentine: Blonde & Dangerous. She has also appeared in That ’70s Show, The Twilight Zone, A2Z, The Ashlee Simpson Show, I Get That a Lot, Entourage, The Biggest Loser, and Funny Die Presents. She is also a businesswoman and has her own clothing line.

Seems like Jessica Simpson-Natalie Portman feud on the internet is not likely to settle easily. It all started when 37-years old Natalie Portman quoted Jessica Simpson in her recent interview with USA Today. Portman has been keeping herself busy making interviews promoting her new film, “Vox Lux”. Portman quoted that Jessica’s bikini photo featured on the cover of a magazine with a title, “I’m a virgin” got her confused during her teen. This resulted in the contradiction among them.

Jessica has calmly responded to Natalie via a photo shared on her Instagram and Twitter accounts saying,

“@Natalieportman- I was disappointed this morning when I read that I “confused” you by wearing a bikini in a published photo taken of me when I was still a virgin in 1999. As public figures, we both know our image is not totally in our control at all times, and that the industry we work in often tries to define us and box us in. However, I was taught to be myself and honor the different ways all women express themselves, which is why I believed then- and I believe now- that being sexy in a bikini and being proud of my body is not synonymous with having sex. I have always embraced being a role model for all women to let them know that they can look however they want, wear whatever they want and have sex or not have sex with whomever they want. The power lies within us as individuals. I have made it my practice to not shame other women for their choices. In this era of Time’s Up and all the great work you have done for women, I encourage you to do the same.”

Natalie Portman apologized in a classy way, ” I completely agree with you that a woman should be allowed to dress however she likes and behave however she likes and not be judged, I only meant to say I was confused — as a girl coming of age in the public eye around the same time — by the media’s mixed messages about how girls and women were supposed to behave. I didn’t mean to scare you and I’m sorry for any hurt my words may have caused. I have nothing but respect for your talent and your voice that you use to encourage and empower women all over the globe.”

The full name of Jessica Simpson is Jessica Ann Simpson. She was born on 10 July 1980 to Joe Simpson and Tina Ann Drew. Her birthplace is in Abilene, Texas in the United States. She holds American nationality. She has a sister named Ashlee Simpson. She grew up in Dallas. She attended Amelia Middle School, J.J. Pearce High School. As her career began to flourish, she could not complete her high school studies, earning GED later. She is Christian by faith. She started singing in the church choir when she was a child. At the age of 12, She auditioned for The Mickey Mouse Club along with Christina Aguilera, Britney Spears, and Justin Timberlake. Her birth sign is Cancer.

Jessica Simpson’s music career was at risk when her debut album titled Jessica remained unreleased. The reason was her then-record label Proclaim Records went bankrupt. Tommy Mottola, then-husband of Mariah Carey discovered the new talent, Jessica and signed her to the Columbia Records. Simpson started working on her debut album entitled Sweet Kisses in 1998, eventually releasing it in November 1999. The album included popular songs such as “I Wanna Love You Forever”, “Where You Are”, and “I Think I’m in Love With You”.

Simpson released her second album, Irresistible in May 2001. The album included songs like “Irresistible” and “A Little Bit”. The album did not turn out to be as successful as her debut album.

Simpson released her third studio album titled In This Skin in August 2003. The album achieved success than her previous two albums. The album was released on the same day, she and her then-husband featuring reality series, Newlyweds: Nick and Jessica were premiered. The show helped Simpson’s popularity to skyrocket than earlier.

She guest performed in the 2008 Dancing with the Stars. She also appeared as a guest judge in 2010 Project Runway, whereas she appeared as a Judge (Mentor) in 2012 Fashion Star.

Simpson made her film debut in 2005 film The Dukes of Hazzard. She appeared in the role of Daisy Duke. Later, she has appeared in other movies including Employee of the Month, Blonde Ambition, The Love Guru, and Private Valentine: Blonde & Dangerous.

Simpson also invested in the fashion industry. In 2005, she launched The Jessica Simpson Collection. After giving birth to her first child, Maxwell Drew Johnson in 2012, she launched a maternity clothing line in 2012. She also released a perfume, Vintage Bloom. She then launched a bedroom decor line including bedding and draperies in 2013. In 2015, she launched her Warm Up brand of workout clothing.

Simpsons first dated 98 Degrees singer Nick Lachey in 1998. They split while Simpsons was working on her second studio album, Irresistible. They soon patched up and continued their affairs. Simpsons got engaged to Lachey in February 2002, eventually tieing a knot to each other in October 2002. However, their relationship did not work out as expected. They separated in November 2005. Simpson reportedly paid Lachey $12 million when their divorce was finalized.

Simpson then started dating a singer, songwriter John Mayer in August 2006. Their relationship did not last more than a year. The following year, she started dating Dallas Cowboys quarterback Tony Romo. Many, including then-president George W. Bush, criticized Simpson for Romo’s poor performance in the games after they started dating each other. They got separated in July 2009.

Currently, Simpson has settled with NFL tight end Eric Johnson, whom she started dating in 2010 and got engaged in the same year. They got married in July 2014 in Montecito, California. The couple has a daughter, Maxwell Drew Johnson, born in 2012, and a son, Ace Knute Johnson, born in 2013. They announced in September 2018 that they are expecting their third child.

Net Worth of Jessica  Simpson

As of 2018, the net worth of American singer, actress, and businesswomen is estimated at around $200 million. The 38-years old star has earned most of her fortune from the fashion industry. She has also appeared in several television commercials and endorsed several brands. She also signed a multimillion-dollar deal with Weight Watchers in 2012, vowing to use their diet plan to shed the weight gained during her pregnancy. Her clothing line, The Jessica Simpson Collection, launched in 2005, reportedly earned $1 billion annually.

Our contents are created by fans, if you have any problems of Jessica Simpson Net Worth, Salary, Relationship Status, Married Date, Age, Height, Ethnicity, Nationality, Weight, mail us at [email protected]