Jesy Nelson is a singer from England 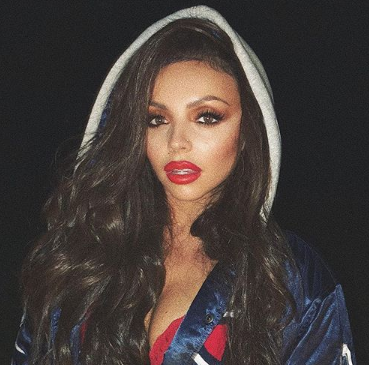 Jesy Nelson is a singer from England. She rose to fame after winning the eighth season of “The X Factor” along with her group, Little Mix. Her first debut single ‘Wings’ in 2012 from their first album titled ‘DNA’ rose to the number three spot in both UK and Ireland.

Jesy Nelson was born as Jessica Louise Nelson in Romford, London, England. She grew up along with her siblings: a sister named Jade, and brothers named Jonathan and Joseph.

She was born to mother Jance White and Father John Nelson. Her father is a businessman and her mother is a Police Community Service Officer. When she becomes 5, her parents split with each other. After then she lived with her mother.

During her childhood, she had to move twelve times in search of a home, as it was difficult for her mother to raise four kids. Due to this, she started working at her early age.

Moving towards her education, She attended ‘Jo Richardson Community School’. She went on to graduate from ‘Abbs Cross Academy and Arts College’. She enrolled at ‘Sylvia Young and Yvonne Rhodes Theatre Schools’- Performing Arts Institute.

The career of Jesy Nelson

Before Jesy became popular for being a member of Little Mix, she had worked at a local bar in Essex as a bartender. She had auditioned for the eight seasons of the UK version of The X Factor in 2011 and could not go beyond the boot camp round. Luckily, a second chance with the group Faux pas kickstarted her career with Little Mix.

The four-member girl-group, Jesy, Jade, Perrie, and Leigh-Anne – went on to the live shows The X-Factor by the name Rhythmix. The group became famous instantly, and judges pointed out the potential they possessed and called them the future band.

After that, they changed their group name from Rhythmix to Little Mix as the earlier name was clashing with other music charity group. Her group became the first all-girl group to win a season of The X Factor.

Jesy’s first album titled ‘DNA’ ranked first on the UK music charts. The first single from the album ‘Move’ reached number three on music charts and was followed by ‘Little Me.’

Her third album’s first single ‘Black Magic’ was also the group’s first song to rank on the US Billboard Hot 100. Her fourth single song ‘How Ya Doin?’ stabilized her spot in the UK top 20 Hit songs for the fifth time in a row.

Currently, her band is working on releasing their album named “Get Weird’.

Net Worth of Jesy Nelson

Jesy Nelson has a net worth of around £3 million. But her salary was not disclosed yet. She generates her income from stage performances.

Regarding her personal life, she has not married yet. Currently, she is in a relationship with her new boyfriend Harry James who is a musician. Their relationship was confirmed after they were spotted kissing publicly.

Prior to being in a relationship with him, she was dated Jordon Banjo but the couple ended their relationship shortly. Similarly, she dates Jake Roche in 2014 and announced their engagement in July 2015, after Ed Sheeran serenaded them at a gig. They later broke up in 2016.

In addition, she was rumored to be dating boy band Union J. But later both of them turned down the rumor telling that they are just friends and nothing more. She also shortly dated a member of Diversity, a dance group.

Jesy Nelson has a height of 5 feet 4 inches and a weight of 64kg. She has an average build and a natural brunette. Her body is currently curvy with body measurements 35-28-36. She wears a US size 10 dress and US size 8 shoes.

Our contents are created by fans, if you have any problems of Jesy Nelson Net Worth, Salary, Relationship Status, Married Date, Age, Height, Ethnicity, Nationality, Weight, mail us at [email protected]