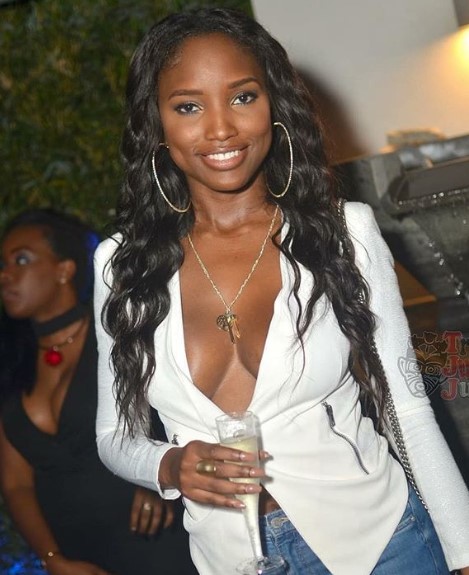 Jevon King is a Trinidadian model and beauty pageant titleholder who won Miss Universe Trinidad and Tobago 2014 and represented her country at the Miss Universe 2014 pageant as well. King is well known for being the mother of the Grammy-winning DJ Diplo’s son named Pace whom King welcomed on March 20, 2020, during the COVID-19 pandemic. King is quite active in social media with over 10k followers on her Instagram: @jevon.i.king.

What is Jevon King Famous for?

Where was Jevon King Born?

Jevon King was born on October 4, 1989, in Diego Martin, Trinidad & Tobago. Her birth name is Jevon King. Her nationality is Trinidadian. King belongs to African-American ethnicity while Libra is her zodiac sign.

King grew up in her hometown along with her family and even completed her high school graduation from Trinidad. She always had an interest in modeling since her childhood as after her graduation, she moved on to pursue a career in modeling.

What Does Jevon King Do for Living?

Jevon King began her professional career as a model after being landed with some minor modeling contracts. King got her breakthrough after she participated at the “Miss Universe Trinidad and Tobago 2014” beauty pageant. She eventually won the title and even competed at the Miss Universe 2014 representing her country in the world.

Besides, King was the deputy COO at the Miss World TT 2018. Currently, she serves as the Senior Human Resource Administrator Certified Mediator.

Is Jevon King Dating Someone?

Jevon King is the mother of her first child named Pace whom she welcomed on March 20, 2020. King welcomed her son during the COVID-19 pandemic, in Trinidad. King shares the baby with the popular Grammy-winning DJ, Diplo as confirmed by Diplo himself as he posted a photo of King with Pace on his Instagram on Mother’s day along with his own mother, Barbara Jean,

his mother, ex-wife, Katherine Lockhart, and his 2 other children. Besides, on May 11, 2020, he posted a heart-touching video of King and his son, Pace.

How Tall is Jevon King?

Jevon King is a gorgeous lady in her 30s. King has a well maintained slim body physique as per the requirement of her profession as a model. She stands tall with a height of 5ft. 10inch.(1.78m) while her body weighs around 56kg(123 lbs). She has a dark complexion with black hair and brown eyes.

What is the Net Worth of Jevon King?

Jevon King must have good earnings from her career as a model and beauty pageant titleholder. Having been in the field of modeling for a long time she must have managed to amass a handful fortune. Her net worth is estimated to be around $300k. However, her son’s father, Diplo, has undoubtedly a net worth of around $32 million.

Our contents are created by fans, if you have any problems of Jevon King Net Worth, Salary, Relationship Status, Married Date, Age, Height, Ethnicity, Nationality, Weight, mail us at [email protected]