John Kevin Callahan was an American actor, known for his work as Edmund Grey on the daytime soap opera All My Children. 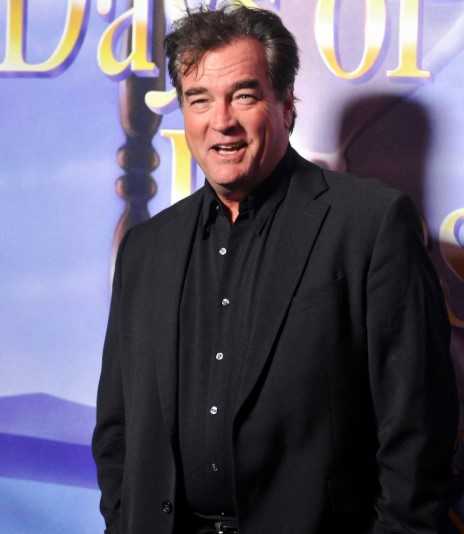 John Callahan was an American actor who was popularly known for his role as Edmund Grey on the daytime soap opera, “All My Children”. He was also known for his appearance on other soap operas including “Santa Barbara”, “Days of Our Lives” and “Falcon Crest”. He won the Soap Opera Digest Award for Outstanding Lead Actor in 1998. Callahan died on March 28, 2020, at the age of 66, after suffering a stroke the day before.

What was John Callahan Famous for?

Where was John Callahan Born?

John Callahan was born on December 23, 1953, in Brooklyn, New York, United States. His birth name was John Kevin Callahan. His nationality was American. John belonged to White ethnicity while Capricorn was his zodiac sign.

John was raised in his hometown along with his siblings. After completing high school, he moved to Berkeley where he attended the University of California as a pre-law student. While a student, he made extra money working as a bartender, and after being hired as a nightclub manager.

Later on, he decided to pursue his further career in acting and thus began auditioning for roles.

Cause of Death of John Callahan!

The actor, John Callahan passed away at the age of 66, on March 28, 2020, after he suffered from a massive stroke just a day before on Friday, March 27. He was at his home, Palm Desert, California at the time he suffered the stroke.

Soon after then he was rushed to Eisenhower Medical Center in Rancho Mirage, California, but doctors couldn’t help out and he died on Saturday, March 28. John’s ex-wife Eva LaRue informed about the death of John through her Instagram account on Saturday.

Who was John Callahan Married to?

John Callahan married twice throughout his entire life. John was married to his first wife, Linda Freeman in 1982. Linda and John lived together for 12 years until they got separated in 1994. John had two stepsons from his first marriage.

Later then, he met Eva LaRue on the set of “All My Children”. Eva is also an actress, who also portrayed Edmund’s love interest Maria Santos on the same opera. They got married on November 30, 1996, on the island of Lanai in Hawaii.

John and Eva had a daughter, Kaya McKenna Callahan, born in December 2001. However, after 8  years of their marriage, they got divorced in 2005. Despite their divorce, Callahan and La Rue remained on good terms while co-parenting their daughter. He was single at the time he suffered a massive stroke on Friday.

What was the Net Worth of John Callahan?

The 66 years old late John Callahan had quite a great earning through his professional career as an actor. Remaining in the field of acting for more than 4 decades, he had managed to amass a fortune worth million dollars from his several movies and series.

His estimated net worth at the time of his death was $5 million.

How Tall was John Callahan?

John Callahan was a White man in his mid- 60s at the time he died. Callahan had a fair complexion with black hair and dark brown eyes. He had a height of 5ft. 11 inches (1.8m).

Our contents are created by fans, if you have any problems of John Callahan Net Worth, Salary, Relationship Status, Married Date, Age, Height, Ethnicity, Nationality, Weight, mail us at [email protected]