John Cho from South Korea has honed his skills and is known among native Hollywood actors, despite all the problems regarding racism and prejudice. 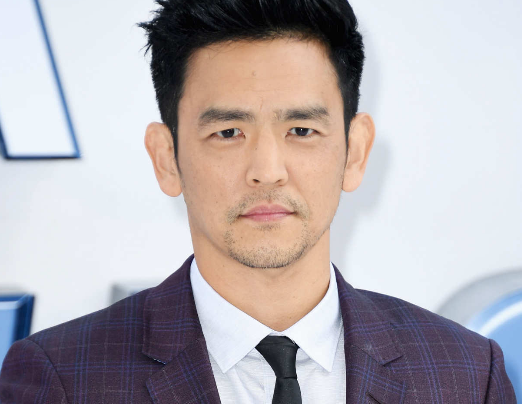 I grew up speaking Korean, but my dad spoke English very well. I learned a lot of how to speak English by watching television

I have an affinity for comedy because I like to watch them. It's an honor to make comedies because I love being able to pop something into the DVD player and laugh. I love doing it

they're supposed to represent what we believe ourselves to be. So when you don't see yourself at all - or see yourself erased - that hurts.

Racism still exists in today’s world. Despite all the problems regarding racism and prejudice, John Cho from South Korea has honed his skills and is known among native Hollywood actors. Now let’s know more about him including his married life and facts through this biography!

What is John Cho’s claim to fame?

An actor and singer from the United States who has worked on television and in films.

His roles in films such as ‘American Pie,’ ‘Harold and Kumar,’ and ‘Star Trek Beyond,’ among others.

John Cho will appear in a live-action ‘Cowboy Bebop’ sequence on Netflix.

Netflix has announced that John Cho will appear in the live-action adaptation of the anime “Cowboy Bebop.” In the series based on the famous anime about a crew of bounty hunters in space, he will play the lead role of Spike Spiegel.

People who have called for more diversity in casting breathed a sigh of relief when an actor of Asian origin was cast in the film. White actors have been accused of whitewashing Asian characters in Hollywood. Scarlett Johansson played a Japanese heroine in the anime “Ghost in the Shell,” Tilda Swinton played a Tibetan mystic in “Doctor Strange,” and Emma Stone played Allison Ng, a Hawaiian-Chinese love interest in the film “Aloha.”

Casting white actors as minority characters has sparked debate and raised questions about a lack of diversity.

Cho, a Korean American, was the subject of a 2016 social media hashtag named #StarringJohnCho, which depicted what major films would look like if Asian and Asian-American actors such as Cho were cast in lead roles instead.

What city did John Cho grow up in?

John Cho was born to a Christian family in Seoul, South Korea, as John Yo Han Cho. His parents are Koreans. His father was a Church of Christ priest. When John was six years old, his family relocated to California, USA. John Cho grew up in the Los Angeles area.

John Cho adores his father and dreams of making a film about his father’s experiences in North Korea. John Cho is a fantastic actor with a lot of potential. He acknowledges that if he had lived in South Korea longer, he would not have gained the position he has now.

He went to Glendale, California’s Herbert Hoover High School. In 1996, he graduated from the University of California, Berkeley, with a BA in English. He taught English at Pacific Hills School in West Hollywood, California, while also working at East West Player’s (Asian-American) theater in Los Angeles.

When did John Cho decide to try acting?

John Cho also starred in the comedy film See This Movie (2004) and the 2007 film West 32nd, both of which he co-wrote with Seth Meyers. Cho also played Hikaru Sulu in the science fiction hit Star Trek (2009), reprising his appearance in the sequels Star Trek Into Darkness (2013) and Star Trek Beyond (2015). (2016). In addition, the talented actor starred as David Kim in the thriller Searching (2018), which premiered at the 2018 Sundance Film Festival.

Cho was cast as Spike Spiegel alongside Mustafa Shakir, Daniella Pineda, and Alex Hassell, who had been cast as Jet Black, Faye Valentine, and Vicious in the live-action Cowboy Bebop film, according to Variety on April 4, 2019.

In addition to his notable film appearances, John Cho has also appeared in a number of television shows. In the early years of his career, he played Chau Presley, the main character in the sitcom Off Centre (2001-02). In the short-lived sitcom Kitchen Confidential, he co-starred with Bradley Cooper (2005-06). In addition, he appeared in the comedy series FlashForward (2009–10), Go On (2012–13), and Selfie (2014–15). (2014). In the horror drama series The Exorcist, he played Andrew Kim, the main character (2017).

In addition, in 2006 and 2009, John Cho was named to People Magazine’s list of the sexiest men alive.

What is the name of John Cho’s wife?

There are millions of female fans of John, but none of them has any chance over him. It is because he is a married man.

After dating for his girlfriend around a year, John finally decided to marry her and turned his girlfriend, Kerri Higuchi, into wife in July 2006. His wife is none other than a director of ‘Mr. Issac’ released in 2005. Moreover, she was also seen in the Selfie show as Michelle.

From this marriage, John and his wife have welcomed their first son and named him Kage Cho in May 2008. Moreover, his wife gave birth to a daughter in 2013. As of now, John is living peacefully with his two kids and wife.

How much net worth John Cho accumulate?

As a successful actor, John earns millions of dollars per year. As of 2019, His net worth is estimated at $20 million. However, his salary was not disclosed yet. In the case of disclosure, we will let you know. His source of income comes from his acting career.

How tall is John Cho?

Observing his body statistics, John is decently tall possessing a height of 5 feet 10 inches, and weighs about 78 kilos. According to some sources, his biceps measure 15 inches, and his waist measures 35 inches. His skin is white toned, has dark brown hair and eyes.

Our contents are created by fans, if you have any problems of John Cho Net Worth, Salary, Relationship Status, Married Date, Age, Height, Ethnicity, Nationality, Weight, mail us at [email protected]