John Winston Ono Lennon MBE was an English singer, songwriter, musician and peace activist who achieved worldwide fame as the founder, co-lead vocalist, and rhythm guitarist of the Beatles. 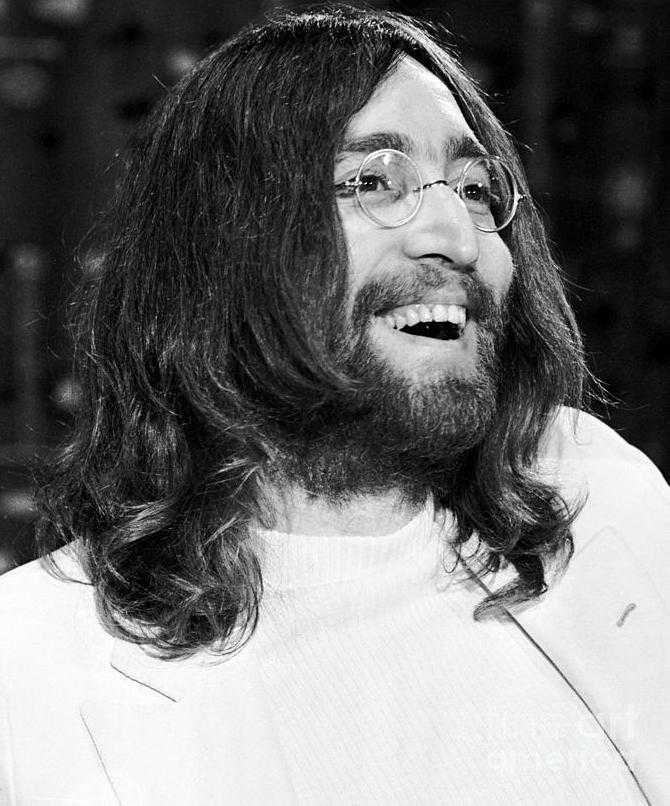 Life is what happens to you while you're busy making other plans.

Time you enjoy wasting, was not wasted.

John Lennon was a British singer, songwriter, and peace activist who was the co-founder of the band “The Beatles” which is one of the most successful bands in the history of popular music. He has appeared in many movies and television shows. In 2008, he was ranked the eight greatest singers of all time by Rolling Stone.

What was John Lennon famous for?

When was John Lennon born?

John Lennon was born on 9th October 1940 in Liverpool, England, UK. His birth name is John Winston Lennon. American is his nationality. His ethnicity is Irish. Libra is his zodiac sign.

He was born to Alfred Lennon(father) and Julia Lennon(mother). His father was a merchant seaman and he wasn’t present at the time of his son’s birth. His parents named him after his grandfather, John, and Prime Minister, Winston Churchill. His father was often away from home due to his work.

When his father returned home after one year, his mother was carrying a baby of another man, Boby Dykins so, his parents got divorced when he was 5 years old. He lived with his mother and he had no contact with his father for 20 years.

He was raised in Mendips by his aunt and uncle who had no children of their own. As a child, he was very naughty and a prankster. He had two cousins, Stanley Parkes, and Leila Harey. He did his schooling at Dovedale Primary School and Quarry Bank High School. At the age of 16, he got his first guitar and started playing it. His mother died on 15th July 1958 in a car accident.

He attended Liverpool College of Art after his aunt, Mimi and headmaster intervened due to his failure in the O-level examination. He was threatened with expulsion after he started wearing Teddy Boy Clothes in the college. He along with his friends was restricted from college just before his final year due to his behavior. At the age of 15, he founded a skiffle group “The Quarrymen” along with Paul McCartney. This group later turned into “The Beatles”.

The Career of John Lennon

John Lennon was the co-founder of the band “The Beatles” along with Paul McCartney in 1960. His band is the best selling brand in the history of music with estimated sales of 600 million records worldwide.

The band members other than him were McCartney, George Harrison, Ringo Starr, and Stuart Sutcliffe. The band was awarded six Diamond albums, 24 Multi-Platinum albums, 39 Platinum albums, and 45 Gold albums in the United States.

They also won Grammy Award for Song of the Year for ‘Michelle’ in 1967. The Beatles also received the Grammy Lifetime Achievement award in 2014. The band also won the Academy Award for Best Music (Original Song Score) for the documentary film ‘Let It Be’ in 1970.

In 1977, they won the Brit Award for the Best British Group. One of the best bands in the world, The Beatles got separated in 1969 after the band’s manager, Brian Epstein’s death in 1967.

Who was John Lennon married to?

The British singer, John Lennon was married to Yoko Ono at the time of his death. They tied the knot in 1969. Yoko Ono is a multimedia artist, singer, and peace activist. The couple was blessed with a son, Sean Lennon.

Previously, he was married to his college girlfriend, Cynthia Powell. They tied the knot in 1962. He also had a son, Julian Lennon from his first marriage. The couple got divorced in 1968 due to some issues. He was living in New York City with his family before his death.

What was the net worth of John Lennon?

The co-founder of The Beatles, John Lennon had an estimated net worth of USD 800 million in the early 1980s.

He was living a luxurious life with his earnings. He was earning from the sales of his music albums. He also earned a handsome income with his band “The Beatles” from the album’s sales.

How tall was John Lennon?

The late British singer, John Lennon was a handsome and charming guy. His height was 5ft 9inches(1.75m) and his body weight was 63kg(139lbs) at the time of his death. He had a fair complexion with brown hair and brown eyes. He had a huge number of fans due to his appearance. His favorite color was Green.

Our contents are created by fans, if you have any problems of John Lennon Net Worth, Salary, Relationship Status, Married Date, Age, Height, Ethnicity, Nationality, Weight, mail us at [email protected]