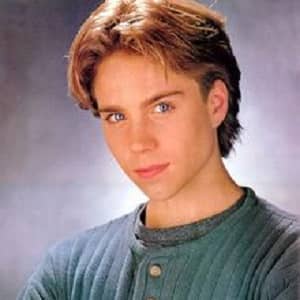 Jonathan Brandis was a well-renowned American actor as well as a famed character on Television making his appearance in different Television shows and commercial advertisements. Jonathan was mostly known for the television show named SeaQuest DSV and for the movie, The NeverEnding Story II.

Jonathan Brandis’s birthplace is Danbury, Connecticut. Likewise, he was born on 13 April 1976. His real name was Jonathan Gregory Brandis. He has a birth sign of Aries. Talking about his nationality and ethnicity, Jonathan belongs to American nationality and German, Irish, English, and Italian accent.

Brandis was the only child of Gregory Brandis and Mary Brandis. His father, Gregory is a firefighter and also has a job as a food distributor. Moreover, His mother is a personal manager as well as a teacher in elementary school. Neither of his parents belonged from an acting background. As per some sources, he studied from Valley Professional School and graduated in the year 1993. Jonathan began his acting career at the early age of two.

At the early age of two, Jonathan emerged in the Buster Brown Shoes advert and after two years he started performing in Television promotion.

How did Jonathan Brandis die?

It is said to hear that one of the most renowned stars is no longer with us. Jonathan Brandis left the world on 12 November 2003. As per his close mates and circles, it is known that Jonathan was struggling for his career. His career was sloping down and he made a great effort to uplift it. Brandis became the victim of chronic depression and he couldn’t overcome the disease. Furthermore, his friends added that began mis-handling alcohol ahead of his suicide.

Jonathan hanged himself in the alley of his apartment in Los Angeles on 11 November. Brandis did not leave any kind of message of information behind such a bizarre decision. Jonathan was taken into hospital by the medical staff but he died on 12 November early as he had a severe injury in his neck. The young star died at the early age of 27 years old.

How did Jonathan Brandis pursue his career?

As mentioned earlier, Jonathan started his acting career at the early age of two. He featured in different advertisements and promotions afterward. After coming into the limelight, he performed in an American soap opera broadcast for the role of ‘Young Kevin Riley Buchanan’ in ‘One Life to live’. The opera was broadcast on the ABC television network. Brandis shifted to Los Angeles along with his family after gaining success from his career. At the time, he was just nine years old. Moreover, Jonathan has also made many guest appearances in shows and events like ‘Kate and Allie’, ‘Buck James’, ‘L.A. Law’, ‘Webster’, and ‘Who’s the Boss’?

Talking more about his career, Jonathan has also starred in the American supernatural horror drama ‘It’ in 1990 which is made based on Stephen King’s novel of the identical name. He had depicted the role of 12-years-old ‘Ben Denbrough’ in the series alongside named artists such as Richard Thomas, Dennis Christopher, Harry Anderson, Tim Reid, Richard Masur, and Annette O’Toole. Following the success in the series, he was again chosen for the character of ‘Bastian Bux’ in the German-American-based fantasy movie named ‘The NeverEnding Story II: The Next Chapter’ (the next part of ‘The NeverEnding Story’).

What is the net worth of Jonathan Brandis?

Jonathan had never revealed his exact earnings, incomes, and net worth in the public. However, his main source of income was from the entertainment industry. Likewise, Brandis also played in several promotions and advertisements from where he had earned good money. It is believed that he had featured in more than 80 movies and series altogether. Therefore, we can assume that he had good wealth and was happy with his earnings.

The dashing star had good looks and impressive height as well. Brandis had a height of 5feet and 9 inches (71inches). Moreover, Brandis had good body shapes and weight too. His exact weight is still unknown. Nevertheless, Jonathan had shiny blue eyes and light brown hair color and had an attractive smile which attracted many girls too. Other details of his physical measurements are still unavailable.

The perished actor was in a delightful relationship with Tatyana Ali who was an actress as well as a singer. The duo was in a relationship since 1995. The two started their relationship when the couple starred in People Magazine in July the same year. Their love story ended after 3years in the year 1998. His other love affairs were with Vanessa Shaw and Monica Keena. However, Jonathan never married and had any children.

Talking about the presence of Brandis on social media, he had an official Facebook account under the username Jonathan Brandis which had more than 16k followers. Brandis was an inactive personality on other social media platforms.

Our contents are created by fans, if you have any problems of Jonathan Brandis Net Worth, Salary, Relationship Status, Married Date, Age, Height, Ethnicity, Nationality, Weight, mail us at [email protected]