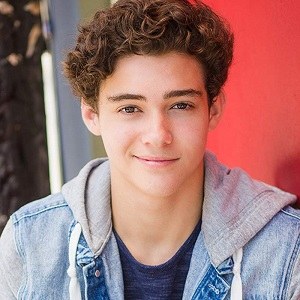 Joshua Bassett is an American singer, actor, and musician. He is well known for his music and appearance on the TV Series, ‘High School Musical: The Musical: The Series’ in which he stars as Ricky.

Where was Joshua Bassett born?

Joshua Bassett was born as Joshua T. Bassett on December 22, 2000, in Oceanside, California, U.S. As of 2020, his age is 19. He was born to parents Taylor and Laura Bassett. His birth sign is Capricorn. He belongs to Caucasian descent.

Bassett grew up in California. Besides, he has five sisters, Winter, Ashley, Alison, Hannah, and Claire.

Moreover, he joined the musical theater at the age of 8. He learned how to play different kinds of musical instruments, such as Piano, guitar, and drums.

How did Joshua Bassett Pursue his Career?

Joshua Bassett had a passion for music and also grew up in that kind of surrounding or environment. He used to play drums in church. In addition, he knows how to play the guitar, ukulele, and piano.

At the age of 15, he wrote his first-ever song for his homecoming date. He is homeschooled, which helped him to sharpen his voice, singing, and acting skills. He joined the musical theater productions, where he used to perform the music.

His acting career started with his appearances in the short drama, Limbo, in 2015. In 2018, he portrayed the role of Aiden Peters, in comedy family tv drama, Stuck in the Middle. Bassett appeared on several other Tv Series such as Game Shakers, Lethal Weapon, Dirty John, and Grey’s Anatomy. He gained famed after doing a recurring role as a Ricky, in High School Musical: The Musical – The Series.

On October 14, 2019, he joined the Youtube community. Mainly, he uploaded his own songs through this channel.

How tall is Joshua Bassett?

He is 5 feet 11 inches tall and weight is around 70 kg. He has light brown eyes and brown hair.

Joshua Bassett has an estimated net worth of around $400k.

According to the source as a cast member of the High School Musical, his average salary is around $30 thousand. As from youtube, his monthly earning is between $620 to $10 k per post. As an Instagrammer, his estimated earning per post is between 3.2 k to $5.4 k.

Joshua Bassett is active on social media sites. He always wants to connect with his fans and followers. He has 1.4 million followers on TikTok, 1.6 million on Instagram, 8 k on Facebook, and 165 k on Twitter.

Is Joshua dating anyone?

Currently, he is single and not been in any relationship.

Besides, his bond and romance with his onscreen girlfriend Olivia are very good. Olivia is an actor and played the opposite role with him in High School Musical: The Musical: The Series. However, they are like good friends in real life.

Our contents are created by fans, if you have any problems of Joshua Bassett Net Worth, Salary, Relationship Status, Married Date, Age, Height, Ethnicity, Nationality, Weight, mail us at [email protected]