Judith Ellen Light is an American actress, producer, and advocate. Light made her professional stage debut in 1970, before making her Broadway debut in the 1975 revival of A Doll's House. 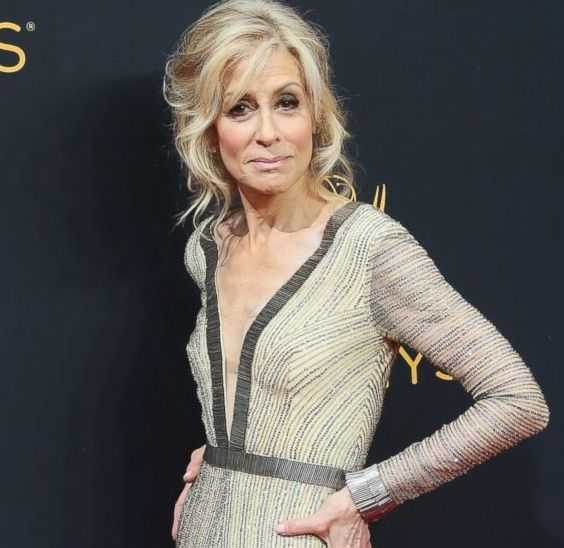 Bigotry or prejudice in any form is more than a problem

it is a deep-seated evil within our society.

You have to find the peace and patience within yourself to be a model and an example to others and not judge.

Judith Light is an American actress, producer, and activist who is popularly known for her role as Karen Wolek on the ABC daytime soap opera, “One Life to Live” and as Angela Bower in the ABC sitcom, “Who’s the Boss?” Light has been featured in several television sitcoms, drama, and films including “Law & Order: Special Victims Unit” and “Ugly Betty”. Light has earned several nominations and some awards for her performances.

What is Judith Light Famous for?

When and Where was Judith Light Born?

Judith Light was born on February 9, 1949, in Trenton, New Jersey, United States. Her birth name is Judith Ellen Light. Her nationality is American. Light belongs to White ethnicity and Austrian Jewish is his descent. Aquarius is her zodiac sign.

Judith Light was born to a Jewish family and is the daughter of Sidney Light(father) and Pearl Sue(mother). Her father is an accountant while his mother is a model.  Judith Light was raised in his hometown by his parents.

Light attended St. Mary’s Hall-Doane Academy in Burlington, New Jersey and then graduated from Carnegie Mellon University with a bachelor’s degree in drama. She was interested in acting and proceed her career in acting.

When Did Judith Light Start Her Professional Career?

Judith Light started his career after he made his first debut in “Richard III” at the California Shakespeare in 1970.

Judith Light got her first breakthrough role as Karen Wolek on the ABC daytime soap opera, “One Life to Live” in 1977. The role got him more popularity.

After her role in the soap opera, she landed with several TV series, “St. Elsewhere” and “Family Ties”.

Light got her second breakthrough role as Angela Bower on the ABC sitcom, “Who’s the Boss?” in 1984 for 8 long years.

She then appeared with her recurring role as Judge Elizabeth Donnelly in the NBC legal crime drama “Law & Order: Special Victims Unit” in 2002.

Later in 2006, Light was cast as Claire Meade on the ABC comedy-drama series, “Ugly Betty”.

She then starred opposite Henry Winkler in ABC pilot, “The Wrinklers” in 2014.

Later in 2013, she joined the TNT series, “Dallas” with the role of Judith Brown Ryland.

In 2014, she began starring as Shelly Pfefferman in the Amazon Studios dark comedy-drama series, “Transparent”.

In 2015, Light returned to Broadway as Madame Raquin in the film, “Thérèse Raquin”.

In 2017, Light was featured in the American Theatre Wing’s “Working in the Theatre” series.

She then played the role of Marilyn Miglin in the FX series, “The Assassination of Gianni Versace: American Crime Story” in 2018.

In 2019, Light received the Hollywood walk of fame star.

Is Light Married? Does She Have Any Children?

The beautiful actress, Judith Light is a married woman. Light is married to her husband, Robert Desiderio. Robert is also a popular television actor. The couple first met on the set of the soap opera, “One Life to Live” in 1968.  After dating for 17 long years, the couple got married on January 1, 1985. However, they don’t have any children yet.

Currently, the couple is living apart, as Light resides in New York while Robert in South Carolina. But they visit each other from time to time.

What is Judith Light’s Net Worth?

Judith Light has a great career life through which she has managed to get a fortune in million dollars. Considering all the hard works and time that Light has put on her career, she has been able to amass a great fortune of amount through her movies and TV shows and series. Light enjoys the fortune which is estimated to be around $8 million.

With all the fortunes in a million dollars, she has managed to live a lavish and luxurious lifestyle

How Tall is Judith Light?

Judith Light is a beautiful lady of 70 who has managed to get a fit slim body even in her seventies. Light stands tall with a height of 5ft. 7inches(1.70m) while her body weighs around 56 kg(123lbs).

Light has an hourglass curved body physique which measures 34-25-32 inches with 4(US) as her dress size and 8(US) as her shoe size. Light has a stunning look with her blonde hair and blue eyes.

Our contents are created by fans, if you have any problems of Judith Light Net Worth, Salary, Relationship Status, Married Date, Age, Height, Ethnicity, Nationality, Weight, mail us at [email protected]