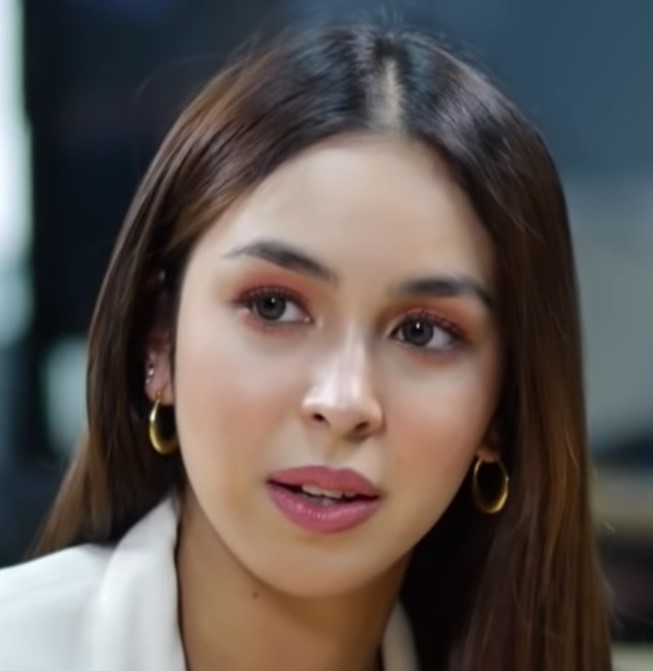 Julia Barretto, the professional name of Julia Francesca Barretto Baldivia, is a Filipina actress and model who is mostly known for her starring role of Mira Amarilo in the Philipino fantasy series “Mirabella” in 2014. She is also famous for being the daughter of Filipino actress, Marjorie Barretto.

She is currently signed with ABS-CBN and Star Magic. She also played the starring role of Bida Kontrabida in the Philippine drama series “And I Love You So”. She has also won the 2019 Best Actress for TV series for her role as Eva Bartolome in the TV series “Ngayon at Kailanman”.

On 22nd September 2020, Julia Barre tweeted her photo writing “FAKE NEWS”.  Her reply was supposed to be the reply to all the people who think that she is pregnant with Gerald Anderson’s baby. The rumor about the actress being pregnant with Anderson’s baby was firstly claimed by former broadcaster, Jay Sonza. Earlier in September, he wrote “Congratulations sa aking kapitbahay sa Congressional Village, Bahay Toro, Quezon City,” as quoted by reports. Her reply to the false pregnancy rumors catches the headlines as she clearly declines the pregnancy rumor. In her tweet, her mother and actress, Marjorie Barretto also supported her.

What is Julia Barretto famous for?

Famous as a Filipina actress and model

Known for her role of Mira Amilo in the Phillippine drama series “Mirabella”.

Where is Julia Barretto from?

Julia Barretto was born on March 10, 1997, in Marikina, Metro Manila, Philippines. Her birth name is Julia Francesca Barretto Baldivia. Filipina is her nationality. Her ethnicity is Asian while Pisces is her zodiac sign.

She was raised in her hometown, Marikina. She attended Miriam College in Loyola Heights Katipunan Avenue Quezon City in March 2011. Later, she also attended St. Paul College in Pasig and got graduated in March 2015. Since her childhood, she always was interested in learning acting. She also took acting classes.

Julia Barretto followed her parent’s footsteps and started her acting career in 2006 by playing the role of Isabelle in the Philippine radio-television series “Gulong ng Palad”.

She rose to fame after she played the lead role of Anna in the ABS-CBN’s Kokey in 2007.

Her role was appreciated a lot and she received good acclaims from the juries.

Since then, she has not looked back in her career and has already made a huge mark on the Philipines film industry.

In 2014, she played the starring role of Mira Amarillo in the melodrama fantasy series “Mirabella”.

Barretto made her first appearance in the movies after she portrayed the role of Maria Kristina Lapuz in the Philippine teen romance film “Para sa Hopeless Romantic” in 2015.

Then, she acted in the Philippine drama film “Vince and Kath and James” in 2016 in the role of Kath Gonzales.

She again received good recognition for her role as Patricia Valdez in the Philippine melodrama series “And I Love You So” from 2015-2016.

Her other appeared movies are “Love You To The Stars and Back”, “Unexpectedly Yours”, “I Love You, Hater”, and Between Maybes”.

She also portrayed the role of Eva Bartolome / Angela “Eva Mapendo” Marquez Cortes in the series “Ngayon at Kailanman” from 2018-2019.

She also appeared in the Kapamilya Channel’s “Cara Y Cruz” in 2020.

The Filipina actress, Julia Barretto has achieved a lot of success in her acting career just at the age of 23.

She has already won 22 Awards in her 14 years acting career.

She has been nominated for many awards in her career out of which she won almost all of them excluding six awards nomination.

Barretto has achieved a great name and fame in the Philipinne’s Acting Industry through her amazing acting.

She has won three 34th PMPC Star Awards in her career.

Who is Julia Barretto’s husband?

The Filipina actress, Julia Barretto is not married till the date. However, she is currently rumored to be dating Gerald Anderson. Anderson is also an American-Filipino actor who is mostly known for his role in the TV series “Sana Maulit Muli”. The couple is rumored to be dating each other since early 2020. They first met each other on the sets of the film “Between Maybes”. At present, she is living a happy life in Philipines.

Previously, she also was in a relationship with actor Joshua Garcia. Garcia is mostly known for his role in the 2016 film “Vince and Kath and James”. They broke up in June 2019 due to some misunderstandings. They are now best friends. Furthermore, she posts her daily blogs on her youtube channel.

The Filipina actress, Julia Barretto has amassed a healthy fortune from her profession since debuting in 2006. At the young age of 23, she has already made her mark on the Philipino acting industry. She has an estimated net worth of $2 million as of 2020. Her net worth includes all her property and her present earnings. At present, she is living a luxurious lifestyle with her earnings.

The 23 years aged, Julia Barretto has a well-maintained slim body. She has several hearts of men with her beautiful smile. She is a beautiful lady with black hair and a pair of brown eyes. She stands at a height of 5ft 5inches(1.65m) and has a bodyweight of 50kg. Her body measurement is 32-23-33 inches. Her bra cup size is 32B. She wears a dress of size 2(US). Her body shape is an hourglass. She has no tattoos in her body.

Our contents are created by fans, if you have any problems of Julia Barretto Net Worth, Salary, Relationship Status, Married Date, Age, Height, Ethnicity, Nationality, Weight, mail us at [email protected]