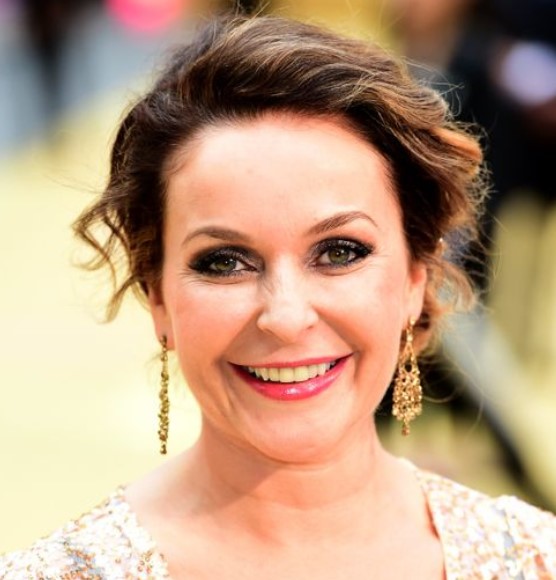 Julia Sawalha is a British actress and voice artist who is best known for her role as Saffron Monsoon in the BBC sitcom Absolutely Fabulous. She has made many film and television appearances since her debut role as Lynda Day on ‘Press Gang’ (1989). Also, she has played many roles including Hannah Greyshott in ‘Second Thoughts’, Lydia Bennet in ‘Pride and Prejudice’, Dorcas Lane in ‘Lark Rise to Candleford’.

Julia Sawalha hit out at her older sister Nadia, accusing her of ‘ruining’ their relationship after talking about their family on Loose Women. Julia slammed her sister for using “fake tears” to “gain sympathy and attention” on Monday’s Loose Women. During a special segment looking back on her life, Nadia said she had a “really volatile relationship” with her younger sister and they had gone through long periods where they did not speak.

What is Julia Sawalha Famous for?

Where is Julia Sawalha from?

Julia Sawalha was born on 9 September 1968 in Wandsworth, London, England, UK. Julia Sawalha was born to father, Nadim Sawalha, and mother, Roberta Lane Sawalha. She has two sisters Nadia Sawalha and Dina Sawalha. She holds British nationality and her ethnicity is mixed (Jordanian Arab, English, Remote French). Her birth sign is Virgo. She attended the ‘Theatre Art School’ a fee-paying independent school which is part of the Italia Conti Academy of Theatre Arts.

Julia Sawalha has won the RTS Television Award for Best Actor-Female for Press Gang (1989). She has also nominated for Golden Nymph Award for Outstanding Actress – Drama Series for Lark Rise to Candleford (2008)

Julia is a beautiful actress and she has a height of 1.63 meters (5 feet 3 inches). She has a bodyweight 56 Kg (123 lbs.). Her body measurement is 34-27-33 inches respectively. Her hair color is light brown and her eye color is dark brown. Her shoe size is 8 (US). Her sexual orientation is straight.

As of 2020, Julia Sawalha is not dating anyone. Previously, Julia Sawalha had at least 3 relationships. Sawalha lived with Press Gang co-star Dexter Fletcher, and subsequently comedian Richard Herring. She also had a relationship with Patrick Marber.

On 1 January 2004, Julia rumored to marry her boyfriend Alan Davies, her co-star in the television series Jonathan Creek. But both denied the marriage rumors and took legal action against the reporters. Later, she has fallen in love with her boyfriend Luke Hollingworth, who is 17 years younger than her.

Julia Sawalha’s major income comes from her acting career. According to 2020, her net worth is estimated to $10 million. There is no information regarding her salary. Overall, she is satisfied with her earnings and she is living a luxurious lifestyle from her earnings.

Our contents are created by fans, if you have any problems of Julia Sawalha Net Worth, Salary, Relationship Status, Married Date, Age, Height, Ethnicity, Nationality, Weight, mail us at [email protected]