Jussie Smollett is an American actor, singer, director, and photographer. 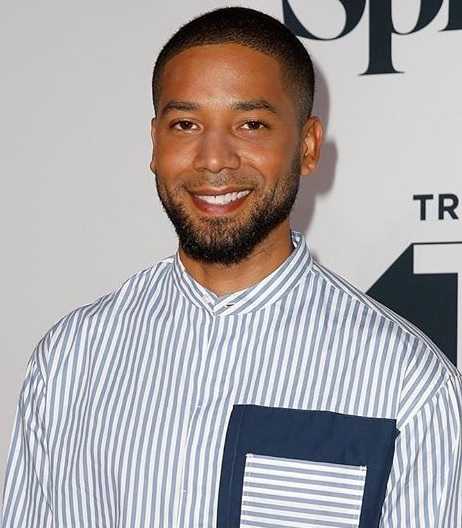 Jussie Smollett is an American actor, singer, director, and photographer. He was only a child when he first stepped into the entertainment industry. He began his career starring in commercials and films as a child actor in 1987. He rose to prominence after he portrayed the character of musician Jamal Lyon in the Fox drama series, Empire.

29 January 2019, The 36-years old, Jussie Smollett was just leaving a fast-food restaurant, two unknown people attacked him out of possible hate crime. He said to police that two white men in ski masks attacked him making racial and homophobic slurs.

According to the police statement by the Chicago P.D., the two suspects poured an unknown liquid on him and put a noose around his neck. Smollett fought back and the attackers fled. He then admitted himself to Northwestern Memorial Hospital, Hospital released him with no serious injuries.

Several of his fans and actors have stepped forward to support him.

Jussie Smollett was born on 21 June 1982. He was born to a father, Joel Smollett, and a mother, Janet Smollett. His father was Jewish and his mother is African-American. His birthplace is in Santa Rosa, California in the United States. He holds American nationality. His zodiac sign is Cancer. He has 5 siblings, 3 brothers, Jake Smollett, Jocqui Smollett, and Jojo Smollett, and 2 sisters, Jurnee Smollett-Bell and Jazz Smollett.

Jussie Smollett entered into the entertainment industry as a child actor in commercials in 1987.

He appeared as a child actor in the 1991 television film A Little Piece of Heaven.

He made his television debut in the 1993 miniseries Alex Haley’s Queen.

He has appeared in an episode of The Mindy Project and Revenge.

He released his first EP, The Poisoned Hearts in 2012.

He signed a recording contract with Columbia Records in early 2015.

He has also co-written songs on the Original Soundtrack from Season 1 of Empire album.

He came out as gay during a televised interview with Ellen Degeneres on The Ellen Show in March 2015. However, he had a romantic interest in girls. After coming out as a gay, he was romantically linked with Michael Sam and Anthony Hemingway.

He was attacked in Chicago by two white men in ski masks as a possible hate crime on 29 January 2019. He stated he was leaving a fast-food restaurant by two white men who made racial and homophobic slurs. According to the Chicago Police Department released statement, the two suspects poured an unknown liquid on Smollett and put a noose around his neck. Smollett stated he fought off the attackers and admitted himself to Northwestern Memorial Hospital. He did not suffer serious injury and was released “in good condition” later that morning.

The Empire star Jussie Smollett rose to prominence for his portrayal of Jamal Lyon in the Fox drama series, Empire. He has earned his fortune working in the entertainment industry. His work in Empire took his popularity to the peak, signing a recording contract with Columbia Records. As of 2019, his net worth is estimated at around $500 Thousand.

Our contents are created by fans, if you have any problems of Jussie Smollett Net Worth, Salary, Relationship Status, Married Date, Age, Height, Ethnicity, Nationality, Weight, mail us at [email protected]