Justine Musk; birth name Jennifer Justine Wilson; is a famous Canadian author, known for her fantasy novel BloodAngel. Better known as the first wife of the billionaire industrialist, Elon Musk, she has managed to make a name for herself as an author, too. Musk frequently offers informative TED Talks.

How old is Justine Musk?

Justine Musk was born on the 2nd of September, 1972 in Peterborough, Central Ontario, Canada. As of August 2020, she is 47 years old. She is a citizen of the United States and Canada. There is no information about her parents, siblings, and early life.

Justine attended Queen’s University in Canada and graduated with a degree in English Literature.

How did Justine Musk pursue her career?

Justine Musk moved to Japan after graduating and worked as an English teacher there. She also stayed in Australia for some time before moving to the U.S. She always wanted to pursue a career as an author and had written the first draft of BloodAngel while she was still in University.

Her fantasy book BloodAngel was finally released in 2005 and received good reviews. She went on to release her second book Uninvited in 2007. The fantasy world created in BloodAngel was very interesting and fans wanted more, which led to Justine releasing the second installment of the BloodAngel books, titled Lord of the Bones.

Aside from her work as an author, she also frequently gives informative and insightful Ted Talks.

What is the Net Worth of Justine Musk?

As of 202o, Justine Musk has an approximate net worth that sits at around 2 million U.S. dollars. She earned a lot of money from her novels and her divorce settlements with Elon.

Justine Musk’s current relationship status is single. Previously, she was married to Elon Musk in January of 2000. The couple met while studying at Queen’s University and had a son back in 2002. Unfortunately, he died as an infant.

Justine gave birth to five children; a set of twins and a set of triplets were born through IVF (In Vitro Fertilization). Their twin sons, Griifin and Xavier were born in 2004, and triplets, Damian, Saxon and Kai were born in 2006. After 8 years of marriage, the couple divorced in 2008, which was confirmed in September of 2008.

The divorce sparked a lot of controversies. She later explained that the break was inevitable as he would constantly belittle her and pressure her to look better for his sake. She also explained that their marriage was not going well, mostly due to her ex-husband being very obsessed with his work.

How tall is Justine?

There is no information about her height, weight, and other body measurements. She has a pair of blue eyes and blonde hair.

Justin isn’t very active on social media. However, she has an official account on Twitter with over 20.3k followers.

Our contents are created by fans, if you have any problems of Justine Musk Net Worth, Salary, Relationship Status, Married Date, Age, Height, Ethnicity, Nationality, Weight, mail us at [email protected] 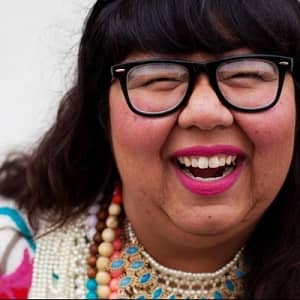 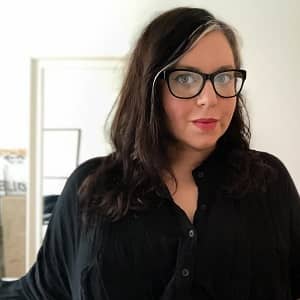