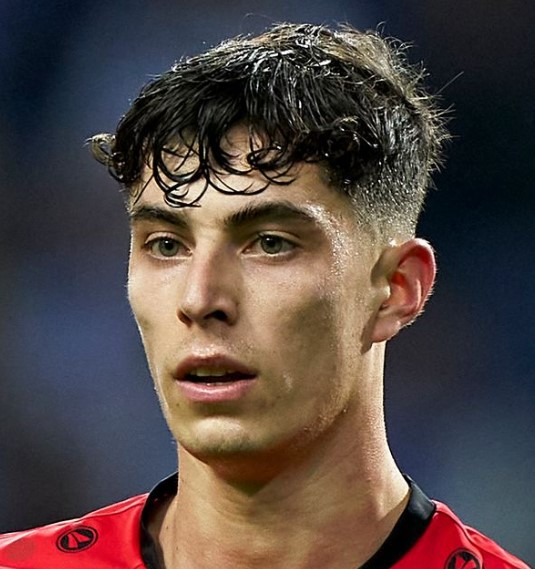 Kai Havertz is a German professional football player. He plays as an attacking midfielder. He currently plays for German club Bayer Leverkusen. He is the youth product of Leverkusen, promoted to the first team in 2016. The young talent has attracted several top European clubs. Sooner or later, football fans will see Havertz playing for the top clubs.

On the international level, he has represented Germany youth teams at various age levels. He later made his senior international debut in 2018. He has been awarded Fritz Walter U19 Gold Medal in 2018.

The German international has over 903k followers on his Instagram @kaihavertz29.

What is Kai Havertz Famous For?

Where is Kai Havertz From?

Kai Havertz was born on 11 June 1999. His birth place is in Aachen in Germany. He holds German nationality. He belongs to European white ethnicity. He has two siblings, Leah and Jan. Though the names of his parents are not available, it is reported that his father is a policeman and his mother is a lawyer.

Who is Kai Havertz Dating?

Kai Havertz is unmarried but not single. He is too young to get married but young enough to date. He is dating a girl named Sophia for a long time. He occasionally shares pictures of himself with his girlfriend on his Instagram.

How Tall is Kai Havertz?

Kai Havertz stands at a height of 1.89 m i.e. 6 feet and 2 inches tall. He has a body weight of 82 kg. He has an athletic body build. He has dark brown eyes and his hair color is black.

Kai Havertz is one of the aspiring German footballers. The young talent has already made his impression in Bundesliga. Several big clubs in Europe have been pursuing Havertz for a long time. It is just a matter of time when Havertz and Leverkusen can’t deny a lucrative offer from top European clubs. Once he lands a mouth-watering deal, he will acquire a whooping salary in his pocket. He also has an endorsement deal with Nike. His net worth is estimated at $2 million.

Our contents are created by fans, if you have any problems of Kai Havertz Net Worth, Salary, Relationship Status, Married Date, Age, Height, Ethnicity, Nationality, Weight, mail us at [email protected]