Kang Daniel is a South Korean singer, songwriter, and entrepreneur. 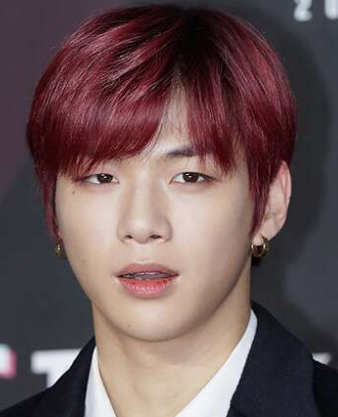 Kang Daniel is a South Korean, best known as a singer and dancer in the band called Wanna One. He rose to fame after he won the reality show called Produce 101 Season 2. Forbes ranked him as the fourth most powerful celebrity on their 2019 Korea Power Celebrity list, making him the only individual among groups in the top 5. Overall, he is a very talented person.

The famous K-pop stars Kang Daniel and Park Jihyo are in love with each other. The K-pop news website, Soompi reported that the respective agencies of Park Jihyo (JYP Entertainment) and Kang Daniel (KONNECT Entertainment) have confirmed that the artists are in a relationship. After some time JYP Entertainment had confirmed the news by giving a statement that, the new couple in town are meeting each other whenever they are free and are having a happy time. KONNECT Entertainment also stated that “The two are currently seeing with good feelings for each other.” According to SBS Star, the two were introduced by a K-pop star in January 2019. The two fell in love instantly, which has grown since their first meeting.

Kang Daniel was born in Busan, South Korea on 10th December 1996 as Kang Eui-geon. As of 2018, he celebrated his 22nd birthday. He hasn’t yet disclosed the information on his parent’s name or picture. Moreover, he is the only child of his parents and doesn’t have any siblings. He changed his birth name when his relatives and friend found it difficult to pronounce. His birth sign is Sagittarius. Kang, at the suggestion of his teacher, started and learned how to dance. He loves to Skateboard whenever he has free time. From Junior high school, Kang used to practice B-Boying and has ended up winning first place in Rookie B-Boying Battle in Busan. Though the information on Kang’s education is unknown, he studied in Canada once. His nationality is Korean and his ethnicity is Asian.

Kang is a very handsome person with naturally dark brown hair color and eye color. He has got a tall height of 5 feet 11 inches with a balanced weight of 67 Kg. He is slim and resembles a body type of Athlete. His skin color is white. His other body measurements have not been revealed yet but it will be added soon.

Net Worth of Kang Daniel

Kang Daniel is a very successful person in his career and he has accumulated a net worth of $400 thousand as of 2019. But his exact salary has not been revealed yet. In July 2018, Kang brought home for his mom at $67,000 in South Korea. Overall, he is satisfied with his earnings.

Kang is not married yet and he is still to get married. He is very private about his own life. As of today, he is in a relationship with Park Jihyo. At present, the couple is living a happy life without any disturbances.

Who is Park Jihyo?

Park Jihyo is the lead and main vocalist of Twice. Twice is a South Korean girls singing group launched by JYP Entertainment in a reality show Sixteen in 2015.

Our contents are created by fans, if you have any problems of Kang Daniel Net Worth, Salary, Relationship Status, Married Date, Age, Height, Ethnicity, Nationality, Weight, mail us at [email protected]