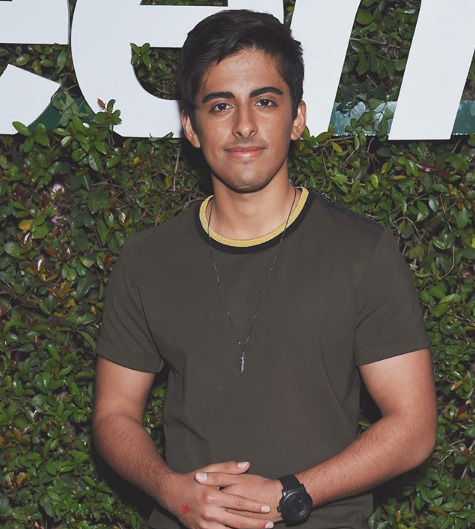 For an American actor, he is well-known.

What are the names of Karan Brar’s parents?

Karan Brar was born in the city of Redmond, Washington, in the United States. Jasbinder Brar and Harinder Brar are his parents. Sabreena Brar is Karan Brar’s only sibling. His parents are from the Indian state of Punjab.

Karan Brar grew up in the city of Bothell, Washington. He is of Punjabi Indian descent and is an American citizen. He speaks English, Hindi, and Punjabi fluently.

Brar attended Cedar Wood Elementary School for his education. Following that, he studied acting at the John Robert Powers and Patti Kalle workshops.

Karan Brar’s Career as an Actor

At the start of his acting career, Karan Brar was lucky enough to land roles with both 20th Century Fox and the Disney Channel.

Brar has appeared in advertisements for Shell Gasoline and the Committee for Children in addition to feature films. He also played a part in the ‘Seeds of Compassion’ advertising campaign, which was created to promote the Dalai Lama’s visit to Seattle in 2010.

In 2011, he was cast in the Disney Channel comedy series “Jessie” as Ravi Ross, a 10-year-old Indian adopted boy.

The boy was supposed to be from South America in the original script, but the directors were so taken with Brar’s audition that they changed the script to make room for him in the series. He was portrayed as an adopted child from a wealthy family who wants to uphold his Indian culture and values.

Brar adored his part in ‘Jessie,’ because it took him closer to his roots and introduced him to the world of comedy, which he quickly mastered. As an American Indian, fans identified with him as well.

Brar appeared in the short film “Chilly Christmas” in 2012, and lent his voice to the film “Mr. Peabody & Sherman” in 2014. Both films were well-received, and his popularity skyrocketed.

In February 2015, Brar co-starred in the series ‘Bunk’d,’ which was a spin-off from ‘Jessie,’ alongside Peyton List and Skai Jackson as Ravi Ross. His success cemented his reputation as a comedic actor who could also play characters.

He also appeared in YouTuber Lilly Singh’s video “How I Deal With Kids,” a hysterical take on people being asked to babysit children they have never met. Brar’s shenanigans and Lilly’s commentary were so funny that they surpassed six million views in less than a week. Brar considers YouTube to be a very different experience than movies, and he hopes to work with Lilly Singh again.

He has guest starred in shows such as “Pair of Kings,” “Austin & Ally,” “Good Luck Charlie,” and “Lab Rats.” His most recent appearance is in ‘Pacific Rim: Uprising,’ in which he plays Suresh, an Indian boy.

Karan Brar has his own official website, karanbrar.com, and is active on social media.

What is the name of Karan Brar’s girlfriend?

Karan Brar is a young energetic actor and he has been famous for his several acting credits. His relational status is single and Karan’s sexual orientation is supposed to be straight but it is not confirmed that he might not be gay or bisexual.

Karan has had an affair in recent times but he has not revealed about his girlfriend. In a recent interview, he said that he is currently single and wishes to have a girlfriend who makes him laugh a lot. Karan is not married yet, he might be looking for a perfect spouse.

There are no rumors relating to his dating and love affair.

How much is Karan Brar worth?

Karan Brar’s net worth is expected to be around $1.2 million and is supposed to be growing. But Brar’s salary information is missing.

In the year 2012, the young actor playing the role in the movie Diary of a Wimpy Kid: Dog Days sharing the credits along with  Zachary Gordon, Robert Capron, and Devon Bostick. The movie grossed a whopping amount of box office making over $77 million worldwide.

Talking about his body measurements, Karan Brar has an average height of 5 feet 5 inches and weighs around 60 kg. He has a slim body with black hair color and dark brown eye color. His chest size is 36 inches, his waist size is 30 inches and his arms size is 12 inches.

Our contents are created by fans, if you have any problems of Karan Brar Net Worth, Salary, Relationship Status, Married Date, Age, Height, Ethnicity, Nationality, Weight, mail us at [email protected]