Karl-Anthony Towns Jr. is a Dominican-American professional basketball player for the Minnesota Timberwolves of the National Basketball Association. He played college basketball for the Kentucky Wildcats. Towns were named to the Dominican Republic national team as a 16-year-old. 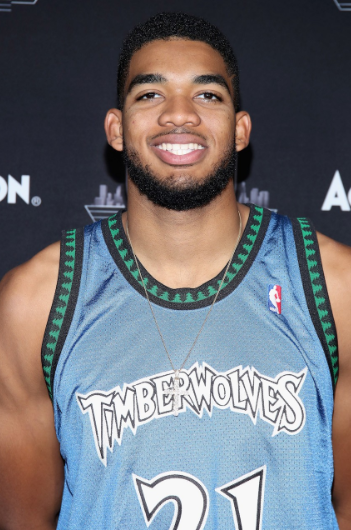 Karl-Anthony Towns is a Dominican-American professional basketball player. As of now, he is playing for the Minnesota Timberwolves of the National Basketball Association (NBA). Previously, he played college basketball for the Kentucky Wildcat. He was also named to the Dominican Republic national team as a 16-year-old. He went on to be named NBA Rookie of the Year for the 2015-2016 season. He has received two All-Star selections. Overall, he is a very talented basketball player.

In an emotional video posted to his Instagram page on Tuesday night, Minnesota Timberwolves star Karl-Anthony Towns said that his mother, Jacqueline Cruz, is in a medically-induced coma after falling ill with coronavirus symptoms. The Timberwolves big man said both his mother and father, Karl-Anthony Towns Sr., fell ill last week. After seeking medical attention and getting tested for coronavirus, Towns’ father felt better and was discharged. However, his mother’s condition worsened to the point where doctors put her on a ventilator before placing her into a coma. Towns noted that neither parent has received the results of their COVID-19 test yet. “She just wasn’t getting better,” a visibly emotional Town said. “Her fever wasn’t cutting from 103. It’d maybe go down to 101.9 with the meds then immediately spike back up during the night. She was very uncomfortable. Her lungs were getting worse, the cough was getting worse. She was deteriorating in front of our eyes. “Her lungs were getting worse and she was having trouble breathing,” Towns added. Towns recently donated $100,000 to the Mayo Clinic in an effort to help to fund for coronavirus testing before his mother got sick. “My mother, she’s the strongest woman I know and I know she’ll beat this,” Towns said. “This disease needs not to be taken lightly,” Towns said of COVID-19.

What is the birthplace of Karl-Anthony Towns?

Karl-Anthony Towns was born on 15th November 1995, in Edison, New Jersey, the USA. He is an American by nationality and he is of African-American and Dominican ethnicity. He was born to an African-American father, Karl Towns Sr, and a Dominican, mother Jacqueline Cruz. He grew up in Piscataway, New Jersey with his family. His father played basketball at Monmouth University and coached basketball at Piscataway Technical High School. He attended the Lake Nelson Seventh-Day Adventist School. After that, he enrolled at Our Lady of Fatima School and later transferred to Theodore Schor Middle School in 2009. He was influenced by his father and had a dream of pursuing his career as a professional basketball player since he was a child. His religion is Christian.

Who is Karl-Anthony Towns Dating?

Karl-Anthony Towns is an unmarried man but he is currently dating a beautiful Instagram model Kawahine Andrade. There is no information about their dating history such as how the duo met and more. It seems like they have been together for a long time. They are often spotted in public places as well. Their relationship is still going very well and they are enjoying their life a lot without any disturbances. Her sexual orientation is straight.

What is the Net Worth of Karl-Anthony Towns?

How tall is Karl-Anthony Towns?

Karl-Anthony Towns is a very handsome basketball player with an athletic body build. He has a good height of 6 feet 10 inches with a bodyweight of 112 Kg. He has black hair color and his eyes are black. Overall, he has got a healthy body with a charming personality.

Our contents are created by fans, if you have any problems of Karl-Anthony Towns Net Worth, Salary, Relationship Status, Married Date, Age, Height, Ethnicity, Nationality, Weight, mail us at [email protected]