Karl Lagerfeld was an artist, creative director, and designer behind different brands of fashion including Karl Lagerfeld and Chanel collection. 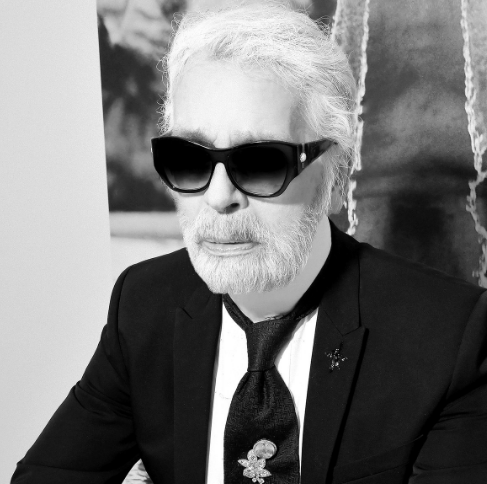 Karl Lagerfeld was an artist, creative director, and designer behind different brands of fashion including Karl Lagerfeld and Chanel collection. He was known globally for his black sunglasses and his white hair. In 2005 he even became the photographer for V magazines feature of Mariah Carey.

What is Karl Lagerfeld best known for?

Karl Lagerfeld has seen his fair share of controversies throughout his life, including about with PETA. In spite of these controversies, he has been able to maintain a world-wide reputation as a fashion giant. It would not be unfair to say that he is one of the few fashion greats of our times, the mere name of whom is enough to make a product sell like hot cakes!

How did Karl Lagerfeld die?

On the 19th of February, the eminent fashion designer Karl Lagerfeld died at the age of 85 in one of the Parisian hospitals. According to the information provided by his representatives, he felt bad for two weeks before his death. Lagerfeld was taken to the hospital on Monday suffering from pancreatic cancer. Karl was concealing his disease and was struggling bravely against it. During the latest time, he didn’t appear at the fashion displays which he was expected to attend.

Career and Achievements of Karl Lagerfeld

The International wool secretariat in 1955 conducted a competition of which Karl Lagerfeld emerged as the winner. He got a chance to work under Pierre Balmain, after this win. He held this position for three years. For the next few years, he designed haute couture collections at a tremendous rate. The first of his collections, with all its path-breaking and unconventional cuts, was not widely accepted by the critics and fashion enthusiasts. An Italian brand Tiziani, which specializes in couture, was his next place of employment.
He was reportedly a part of the company’s team of designers till 1966. This particular line of clothing had some high profile customers including Elizabeth Taylor and Gina Lollobrigida to name a few. In the meantime, he started designing as a freelancer at Chloe, which is a fashion brand based in France.
In this period, he had also done some designs for a brand called Curiel, most of which were appreciated for their out of the box concepts. In 1973, he did the spring collection for Chloe. One of the most unique and eye-catching garments in this line was something he had named a surprise skirt. By this time, he had already started working with the Italian brand Fendi.
However, his shot to international fame has definitely been through his career at Channel. In fact, he is credited for conceptualizing the interlocked C’s monograph of Coco Channel as the symbol for the brand. Later, Lagerfeld went on to run different brands and clothing lines, including his namesake – the Lagerfeld gallery.
The big names he has been known to be involved within the later years are Diesel, H&M, etc. He had even been involved with several movie projects. His directorial work is “Once upon a Time” which featured Keira Knightley as Coco Channel.
He has the world reputation of a star creative director. He owns several stores and clothing lines and is also known for achieving an amazing weight loss goal, which has resulted in a book, “The diet of Karl Lagerfeld.”

What is Karl Lagerfeld net worth?

Who is the head designer for Chanel?

Regarding his body measurement, he was blessed with a height of 5 feet 10 inches. He weighed about 71 kilograms. He had white hair color and dark brown eyes. Similarly, his biceps size is 10.5 inches and shoe size os 11 (UK). Furthermore, his body measurements are 38-30-33 inches.

Our contents are created by fans, if you have any problems of Karl Lagerfeld Net Worth, Salary, Relationship Status, Married Date, Age, Height, Ethnicity, Nationality, Weight, mail us at [email protected]