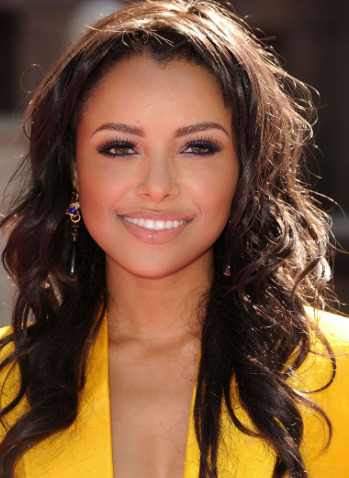 Katerina Alexandre Hartford Graham is a Swiss-born American actress, singer, dancer, and model who is known as Kate Graham in the field of the entertainment industry since 2002. She is well known for her role as Bonnie Bennett on The CW supernatural drama series The Vampire Diaries. In her early days, She started her career as a dancer before moving on to acting and singing and has also done many commercials. She also featured in some music videos as a backup dancer in her early career. Let’s know more about her through this article.

What is Kat Graham famous for?

Where is Kat Graham from?

Recalling her early life, Kat was born in Geneva, Switzerland to her parents; Joseph and Natasha Graham in the year 1989. However, she raised in Los Angeles, California. Her father was a music executive and the godfather of two of producer Quincy Jones’ children. Her paternal grandfather was a UN Ambassador, serving for 40 years in the Netherlands, Sweden, Romania, and Kenya.

Unfortunately, her parents were divorced when she was five and later she was raised by her mother. Also, she a half brother named Yakov. Similarly, she holds dual nationality; American and Swiss. She belongs to the mixed ethnicity. Her birth sign is Virgo and she is Jewish by religion. for education, she attended Hebrew school.

What does Kat Graham do?

What are the achievements of Kat Graham?

Who is Kat Graham married to?

Reflecting on her personal life, Kat dated Cottrell Guidry from 2008 and eventually got engaged to him in 2012. Unfortunately, the relationship didn’t last long and the duo called it quits on December 12th, 2014.

She was also rumored to have been dating Jay Porch in 2015 which turned as the talk of the town. However, none of them came front to speak about the relationship and therefore their relationship is still a matter to be revealed. Presently, she probably single.

How much is Kat Graham worth?

Being a part of the entertainment industry, Kat earns a decent amount of money and fame through her profession as an actress, singer, producer, and model. Based on some online reports, her estimated net worth said to be $5 million at present. However, her salary and assets details are yet to be disclosed.

How tall is Kat Graham?

Observing her body statistics, Kat stands a height of 5 feet 2 inches and weighs around 52 Kg. Similarly, she has a pair of green eyes and black hair color. Further, she has an hourglass body with a body measurement of 34-23-33 inches.

Our contents are created by fans, if you have any problems of Kat Graham Net Worth, Salary, Relationship Status, Married Date, Age, Height, Ethnicity, Nationality, Weight, mail us at [email protected]