Kathleen Zellner is an American attorney who has worked extensively in wrongful conviction advocacy. Notable clients Zellner has represented include Steven Avery, Kevin Fox, and 19 exonerees who are listed in the National Registry of Exonerations. 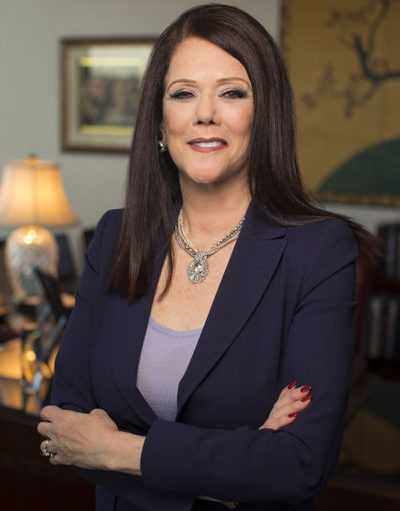 Kathleen Zellner is an American attorney who has worked for several popular clients mostly for wrongful conviction advocacy. The notable client, Zellner is the only attorney in the country who has been able to win five multi-million dollar verdicts in less than a year.  Zellner has also represented Steven Avery who was the subject of the 2015 Netflix series, “Making a Murderer” and Kevin Fox, who was alleged to murdering his daughter.

What is Kathleen Zellner Famous for?

When and Where was Kathleen Zellner Born?

Kathleen Zellner was born on May 7, 1957, in Midland, Texas, United States. Her birth name is Kathleen Zellner. Her nationality is American. Zellner belongs to White ethnicity.

Kathleen Zellner is the daughter of Owen Daniel(mother) and Winifred Thomas(father). Her father was a geologist and engineer for oil company “ConocoPhillips” while her mother was a pediatric nurse. She was raised in Texas along with her seven siblings.

Zellner had dreamed of becoming an investigative journalist or working for the FBI before.

Zellner is an undergraduate from the University of Missouri. Later she graduated from Northern Illinois University Colege of Law with a degree in law in 1991. However, she wanted to be a history professor but her husband encouraged her to join the law school.

After her graduation, she worked for several reputed institutions and even defended hospitals and insurance companies. Before her firm law, she also worked as a clerk for a 2nd District Appellate Court justice.

When Did Kathleen Zellner Start Her Professional Career?

Kathleen Zellner started her professional career after she opened her firm in 1991 from when she started to kick off her career as one of the best women lawyers.

Her first case began with a request from an anti-death-penalty organization where she was asked to represent Larry Eyler, an Indianapolis house painter who was convicted and sentenced to death for the murder of a 15-year-old teenager.

Four years later, Zellner took her first wrongful conviction of Joseph Burrows who was convicted for murdering an 88-year-old man. Zellner got him off of the Death Row after she brought the real killer, a cocaine dealer, Gayle Potter to confess the truth.

Kathleen Zellner rose as the main focus of getting justice after she worked for the innocent prisoner, Steven Avery. The day when the 2015 Netflix series, “Making a Murderer” was released it automatically called out for her name to the international level.

The 2015 Netflix series, “Making a Murderer” is based on the trials of Avery and his nephew, Dassey of just 16, who were both convicted in the murder of Teresa Halbach(photographer).

The case was very difficult to be solved as Avery was sentenced for life for murder charge also Avery had just been out of the prison after spending years in prison for a previous sexual assault after then the case came in hands of Zellner as she takes cases mostly for wrongful conviction.

The series has showcased about Zellner’s effort to solve the case from the blood evidence in Teresa’s car however her motions to overturn Avery’s conviction have not been granted yet.

After the series gained fame, Kathleen Zellner got a chance to represent the former Manitowoc County, Wisconsin man. She also solved the case of Ryan Ferguson, who had spent 10 years in prison after being wrongfully convicted of a Missouri murder.

Besides, Zellner has helped free for four men convicted in the murder of a Chicago medical student. She even freed an innocent man off death row, after she made a killer to confess about the truth on the witness stand.

Zellner has been working as an attorney for more than 26 years in the Chicago area now where she has secured the exoneration of more than 17 men and won almost $90 million from wrongful conviction and medical malpractice lawsuits.

Also, Zellner has the most exonerations total of 20 private attorneys in the United States and 20 exonerees who are listed in the National Registry of Exonerations as a Notable client.

Further, Zellner defended Jerry Hobbs who was wrongly convicted of killing his daughter and her friend where he had to spent five years. She sued Lake County, Illinois after taking the test of sperm found inside one of the girls it was proved that Hobbs wasn’t the one actual person was a convicted rapist and accused murderer.

Hobbs was released last year after he was found guilty and innocent.

Who is Kathleen Zellner Married To?

The couple together has a daughter named Anne Zellner. Anne is also a lawyer in Denver at the Ryley Carlock & Applewhite.

How Much Does Kathleen Zellner Earn?

The lawyer, Kathleen Zellner has quiet a great earning through her professional career. Considering her hard works and time that Zellner has put on her career she has managed to amass a great fortune of the amount in million dollars through the several convicted cases. Zellner enjoys her fortune which is estimated to be $90 million.

Zellner even had secured a five multi-million dollar verdicts in just a single year. Also, she has obtained $115 million in verdicts and settlements for her clients altogether as of 2019. With all the fortunes that she has earned, she has managed to live a lavish and luxurious lifestyle.

Kathleen Zellner is a beautiful lady 62 who has been very much loyal towards her job for the last 26 years. Zellner has a fair complexion with a bright smile on her face that makes her much pretty and young than her real age.

Our contents are created by fans, if you have any problems of Kathleen Zellner Net Worth, Salary, Relationship Status, Married Date, Age, Height, Ethnicity, Nationality, Weight, mail us at [email protected]