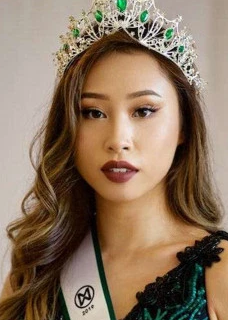 A very famous Model, Instagram Personality, Political Commentator, YouTube Singer, and Lifestyle Content Creator is named Kathy Zhu. She is a student at the University of Michigan. She has stripped off her title and a chance to compete at the Miss World America Pageant over her conservative political views recently. On July 18, Zhu, 20, posted screenshots of emails and text messages that she had received from Michigan’s Miss World America state chair Laurie Dejack. In her tweets, she spoke about black-on-black gun violence as well as a college event where a Muslim Student Association allegedly tried to force her to try on a hijab. She has a YouTube channel that has 1.2K subscribers as of 21st July 2019. She is the Miss World America State Director for Indiana and Michigan.

Miss Michigan Kathy Zhu was stripped of her title after several insensitive and racist tweets surfaced. The 20-year-old received an email Friday from the pageant removing her from her position. “It has been brought to the attention of Miss World America ‘MWA’ that your social media accounts contain offensive, insensitive and inappropriate content,” the letter said. It also said that Zhu no longer met the requirement of “being in good character.” “Therefore, and effective immediately, MWA does not recognize you as a participant of any sort or in any capacity as it relates to any and all events of MWA,” it concluded. The social media posts were targeted at Muslim women and gun violence in the black community. According to screenshots obtained by the Orlando Sentinel, the first tweet said, “There is a ‘try a hijab on’ booth at my college campus. So you’re telling me that it’s now just a fashion accessory and not a religious thing? Or are you just trying to get women used to being oppressed under Islam?” “Did you know that the majority of black deaths are caused by other blacks?” the second tweet said. “Fix problems within your own community first before blaming others.” The tweets were sent in 2017 and 2018, but have since been deleted. Zhu pushed back in a Twitter video Friday, claiming discrimination against her conservative political views. “Little attacks like those really, really diminishes the value and the trust of the word, ‘racism,'” she said.

Kathy Zhu was named Miss Michigan on 14th July but was stripped of her title on Thursday, July 18 due to her tweets which were deemed “insensitive and racist”. She said the Miss World America selects U.S. candidates statewide, then on a national level, and then sends them to the Miss World contest. She was vetted by Miss Michigan over email, requiring candidates to submit an email application and submit a video. She claims she was asked to refrain from posting on social media until after Miss Indiana and Michigan World America account posted and announced the winners. On 17th July Miss, Indiana, and Michigan World America posted a posted on their Facebook announcing Zhu as a national finalist. The post has since been deleted.

Kathy Zhu was born in 1999 in Qingdao, Shandong in China. She grew up in Kissimmee, Florida. Her nationality is Chinese-American. Her ethnicity is White. There is no information regarding her parents. Her parents moved to the USA when she was only 5 years old. She completed her education at Osceola Country School for the Arts for middle/high school and later attend the University of Michigan. At present, her age is 20.

Kathy Zhi is a very beautiful lady with a charming smile on her lips. She has a tall height of 1.68 m and a balanced weight of 54 Kg. Her bra size is 32B and her body measurement is 34-23-35 in. Her shoe size is 5. Her eye color and hair color, both are brown. Overall, she has maintained her body a lot and she has a healthy body.

Kathy Zhu is not married yet and she is still to get married. Till now she has not revealed anything about her boyfriend or relationship status to the media. Also, there are no rumors about her dating history with any person. Her sexual orientation is straight

Net Worth of Kathy

Kathy is a very talented student and she is recently announced as the winner f Miss Michigan 2019. At present, her exact net worth and salary has not been revealed yet. Her estimated net worth will be between $1 Million to $10 Million. There is no doubt that she is earning a considerable amount of salary from her work.

Our contents are created by fans, if you have any problems of Kathy Zhu Net Worth, Salary, Relationship Status, Married Date, Age, Height, Ethnicity, Nationality, Weight, mail us at [email protected]