Keith Flint was an English vocalist, musician, and dancer. 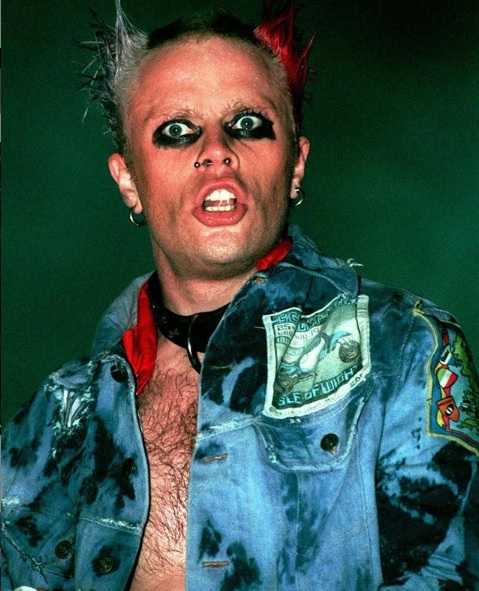 Keith Charles Flint popularly known by the name Keith Flint was an English vocalist, musician, and dancer. He was the vocalist and dancer for the electronic music band, The Prodigy. He was also the lead singer of his own band, Flint. He was known for his bright green spiky hair, facial piercings, and energetic stage performances. He also owned a motorcycle racing team, Team Traction Control.

He was found dead in his home in North End, near Great Dunmow, Essex on 4 March 2019. His band, The Prodigy announced that he committed suicide.

Keith Flint of The Prodigy was found dead in his home on 4 March 2019. Police who were called following concerns for his welfare to his home in North End, near Great Dunmow, Essex, found him dead. Police also stated that his death was not suspicious.

Many have paid tribute to his sudden death. His bandmate, Liam Howlett wrote on Instagram, “I am shell shocked..confused and heartbroken.” The Prodigy’s official site went black with a simple announcement of his death by suicide.

Keith Flint was born on 17 September 1969. His birth name is Keith Charles Flint. He was born to Yvonne Flint and Clive Flint. His birthplace is in Redbridge, London, in England. He held English nationality.

He was initially raised in East London before his parents moved to Springfield, Essex. His parents separated when he was very young.

He attended the Boswells School in Chelmsford. He was expelled from school at the age of 15 and then he moved to Braintree. He was described as being a “bright boy with dyslexia” and was disruptive in class.

He then worked as a roofer and enthusiastically embraced the acid house scene of the late 80s.

He met DJ Liam Howlett at local rave club the Barn in Braintree in the late 1980s.

He insisted Howlett that he should be playing his tracks up on stage and that Flint would dance to them.

He was originally the dancer for the band.

He was featured as the vocalist on the hit single, “Firestarter” in 1996.

He then started performing the lead vocals, whereas Maxim performed the backup.

He was featured as a vocalist in several tracks in the band’s 1997 album, The Fat of the Land.

He did not perform any vocals but appeared on the “Hotride-Batori Mix”, on the “Hotride” single from the 2004 album, ‘Always Outnumbered, Never Outgunned’.

He was featured on several songs on the band’s next album, Invaders Must Die. The album was released in February 2009.

He also pursued his solo career with the band Flint and Clever Brains Fryin’.

His debut album, Device #1 was canceled before release after releasing only a single, “Aim4”.

He was a keen motorcyclist. He rode 1,500 miles from England to Southern Spain to attend the 2007 Spanish motorcycle Grand Prix.

He has also competed in club competitions.

He rode with Lee Thompson of the band Madness.

He also had his own motorcycle team, Team Traction Control.

Flint was a married man. He was married to a Japanese DJ, Mayumi Kai. They got married in 2006.

Previously, he dated TV presenter, Gail Porter. They split in 2000.  No other information about his personal life is available at present.

Cause of Death of Keith Flint

Police responded to the concerns for his welfare and went to his home in North End, near Great Dunmow, Essex on 4 March 2019. Police found him dead. The authorities did not find any suspicious about his death. He was announced dead by committing suicide.

The official website of the band, The Prodigy, went black with a simple announcement of his death by suicide.

Net Worth of Keith Flint

His main source of income came from working in the music industry. He earned his fortune working as the vocalist and dancer to the band, The Prodigy, and as a lead singer to his own band, Flint. He bought The Leather Bottle pub in Pleshey, Essex in 2014. He then renovated the pub. He terminated his connection with the pub in 2017. His net worth was estimated at $15 million.

Our contents are created by fans, if you have any problems of Keith Flint Net Worth, Salary, Relationship Status, Married Date, Age, Height, Ethnicity, Nationality, Weight, mail us at [email protected]