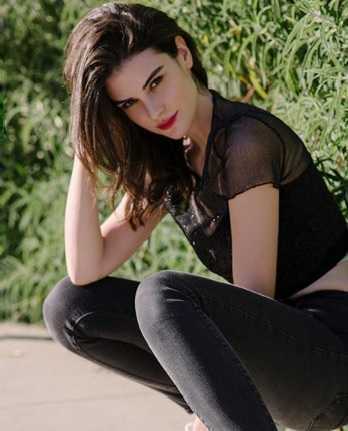 Kelleth Cuthbert is a Canadian model, actress, and popular social media personality. She worked as one of the models for the Fiji Water at the 76th edition of the Golden Globe Awards on 7 January 2019 and was given the name ‘Fiji Water Girl‘. She became the internet meme sensation after she photobombed many celebrities at the Golden Globes. Thus, her popularity grew overnight. She has already garnered over 178k followers on her Instagram account. She reportedly stated that she felt glad to become the first meme of 2019. Thus,

The Canadian model, Kelleth Cuthbert is the first meme of 2019 and is being named “Fiji Water Girl”

“The 31-years old Canadian model became the internet meme after she was caught photobombing other celebrities on the red carpet photoshoot at the 76th edition of Golden Globes Awards ceremony at The Beverly Hills on 6th January 2019.

She became popular overnight after she photobombed other celebrities holding a tray of Fiji water and became the first internet meme of 2019. She was given a new name, “Fiji Water Girl”.

She attended the Golden Globes as one of the Fiji Water models to serve Fiji Water to the celebrities attending the ceremony.

After becoming viral overnight, she told that she was shocked to learn about being trending. She stated, “A couple of people came up to me and were like, ‘Fiji’s going viral. I thought maybe I’m in the background of a couple of shots”.

She continued,” I called my mom on my break, and she was already laughing when she picked up the phone. My Parents are not very hip to things going on, so the fact that they had already received this information says a lot about how viral it already went”.

She is referred to as the first meme of 2019. In response, she told Glamour Magazine, ” I do love a good meme, so I think it’s incredibly ironic and funny that I’m one now. The first meme of 2019, apparently! My husband is laughing very hard about all of this”.

The Fiji Water Girl has taken the meme on a good note.

She photobombed several celebrities on the red carpet holding a tray of Fiji Water at the 2019 Golden Globes.

Kelleth Cuthbert was born on 23 October 1987. She was born in Toronto, Canada. Information regarding his parents is currently unavailable. She holds Canadian nationality. She belongs to the white Caucasian ethnicity. Her zodiac sign is Scorpio. She follows Christianity.

She graduated with a bachelor’s degree in social work.

The career of Kelleth Cuthbert

She has previously worked in mental health and addiction counseling in the past.

The 31-years old Canadian model is currently signed with the “Wilhelmina Model” agency.

She is also signed with Fiji Water. Fiji Water is the official bottled water partner of the Golden Globes for the past four years.

She was one of the four Fiji Water models who provided bottled water to the celebrities at the award ceremony.

She became the internet meme sensation after she photobombed several pictures of celebrities at the award ceremony.

Previously, she has also worked for several modeling agencies in Canada and the United States including Heffner, Donna Baldwin, Plutino, Key, Specs, and I Model.

She has also worked for East-West in Germany.

In 2014, she has appeared in a minor role in a short movie, Do Disturb.

The 31-years old Fiji Water Girl is a married woman. She tied a knot with an American Christopher Von Steinbach. Her husband is a photographer and director. They dated for a while before married to each other.

The Fiji Water Girl currently resides in Los Angeles, California, as she is currently working in the United States.

Net Worth of Kelleth Cuthbert

As of 2018, the net worth of Kelleth Cuthbert is estimated at around $50,000. The 31- years old has earned her fortune working as a model for different agencies.

Our contents are created by fans, if you have any problems of Kelleth Cuthbert Net Worth, Salary, Relationship Status, Married Date, Age, Height, Ethnicity, Nationality, Weight, mail us at [email protected]