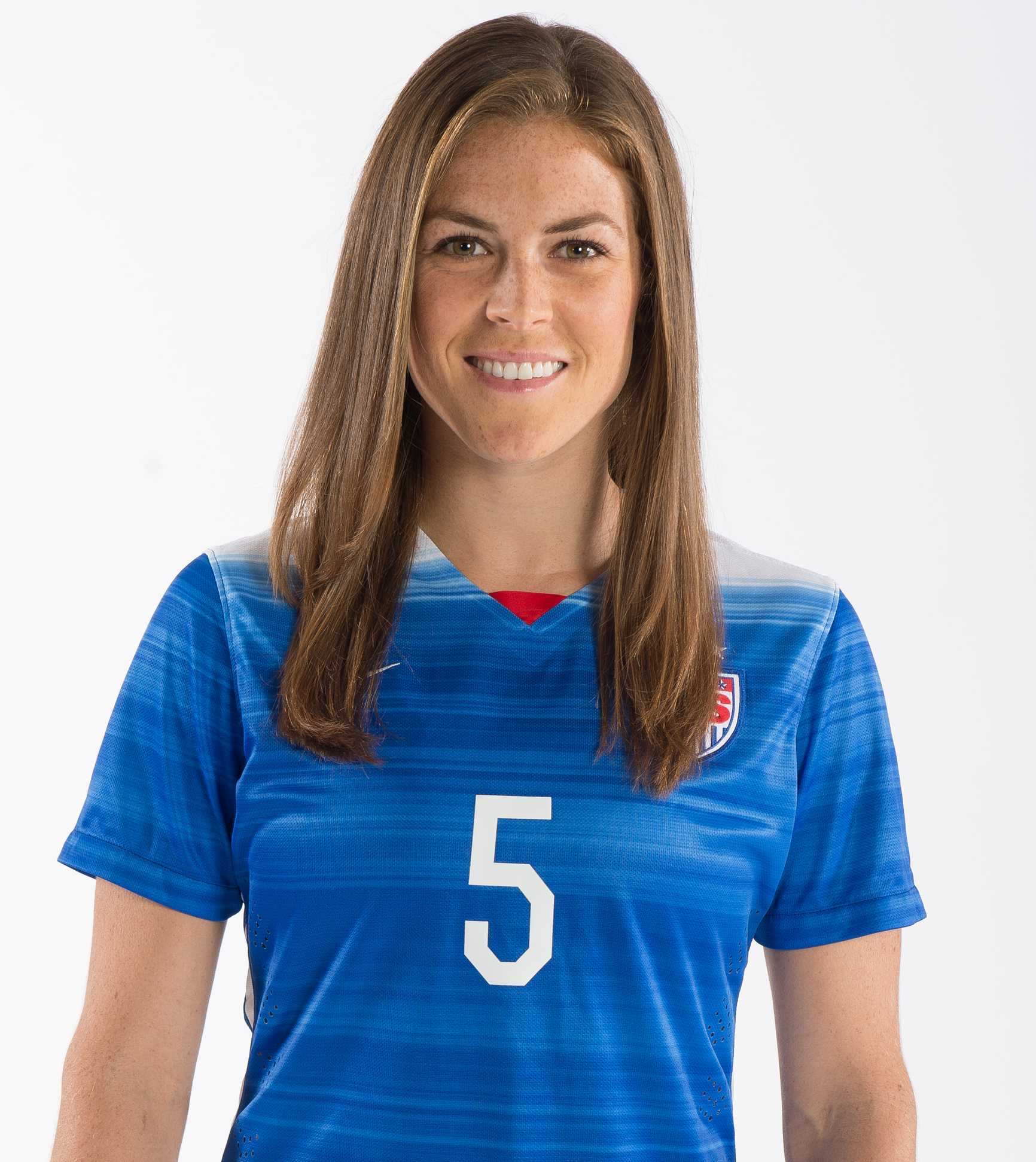 Be the best teammate you can be, be the best player you can be, and just be as supportive and encouraging for the people who are playing

If you have people invested emotionally in the success of their team, that usually translates to strong attendance

Kelley Maureen O’Hara, professionally known as Kelly O’Hara is an American soccer player. She plays as a wingback and midfielder for the United States women’s national soccer team and as a forward and right defender for the National Women’s Soccer League club Utah Royals FC. She has played professional football for the club’s Pali Blues, FC Gold Pride, Boston Breakers, and Sky Blue FC before joining Royals in 2018. She won the 2012 Olympics gold medal, 2015 and 2019 FIFA Women’s World Cup with the US women’s national team.

What is Kelley O’Hara Famous For?

Where was Kelley O’Hara Born?

Kelley O’Hara was born on 4 August 1988. Her birth name is Kelley Maureen O’Hara. Her birthplace is in Fayetteville, Georgia in the United States. She holds an American nationality. She was born to a father Dan O’Hara, and a mother, Karen O’Hara. She has two siblings, Jerry, and Erin. She is of Irish heritage. Her zodiac sign is Leo. She grew up in Peachtree City, Georgia.

She attended Star’s Mill High School in Fayette County. She played for four years on the varsity soccer team. She captained the team during her junior and senior years. She led the Panthers to the 5A state title in 2006. She was named Parade All-American as a junior and a senior and All-League, All-County, and All-State all four years. She was named the Atlanta Journal-Constitution (AJC) Player of the Year and Gatorade Georgia State Player of the Year in 2006. She was also named NSCAA All-American.

She attended Standford University, where she played for the Standford Cardinals. She led the Cardinal in scoring with nine goals in 2006. She led the team advance to the College Cup for the first time since 1993 during her junior year, where they were defeated by Notre Dame in the semifinal. She scored 26 goals with 13 assists in her senior year. She finished her college career with 57 goals and 32 assists, both school records at the time.

She won the 2009 Hermann Trophy as collegiate soccer’s top player.

She started her youth career at Peachtree City Lazers in 1997.

She played for the Pali Blues of the USL W-League in the summer of 2009 before graduating from Stanford.

She led the club to regular-season champion in her first season at the club. FC Gold Pride defeated the Independence 4-0 to clinch the WPS Championship.

The club ceased operations in November 2010 due to not meeting the league’s financial reserve requirement.

She then signed with Boston Breakers.

She signed with Sky Blue FC in the new National Women’s Soccer League in January 2013.

She played as forward, winger, right-back, and a central midfielder during her stint at Sky Blue.

She signed with Utah Royals FC in December 2017.

She was a member of the United States U20 women’s national soccer team that finished fourth in the 2006 FIFA U20 Women’s World Championship.

She represented the US U20 team at the 2007 Pan American Games, where they were defeated by the Brazilian women’s senior team in the final.

She also represented US U20 teams at the 2008 U20 Four Nations Tournament and the 2008 CONCACAF Women’s U20 Championship.

She made her international debut in a friendly match against Mexico in March 2010.

She was a member of the US women’s national team that finished second at the 2011 FIFA Women’s World Cup. She was not included in the final 21-squad but was later called to replace injured Lindsay Tarpley.

She was the key member of the US women’s national team that won a gold medal at the 2012 Olympics.

She won 2 CONCACAF Women’s Championships with US Women’s national team in 2014 and 2018.

2015 FIFA Women’s World Cup-winning US team became the first women’s sports team to be honored with a Ticker tape parade in New York City, where each player received a key to the city from Mayor Bill de Blasio. Then-president Barack Obama also honored the team at the White House.

Who is Kelley O’Hara Dating?

Kelly O’Hara is unmarried. Her sexual orientation is lesbian. She came out as a lesbian when she kissed her girlfriend after the USWNT World Cup win in 2019.

What are Kelley O’Hara Body Measurements?

What is Kelley O’Hara Net Worth?

Kelley O’Hara earns from her professional soccer career. Her income comes from salary, bonuses, contracts, and endorsements. She has appeared in multiple commercials and advertisements for Under Armour. She also appeared in television commercials and promotional materials promoting chocolate milk on behalf of the National Fluid Milk Processor Promotion Board. Her salary is not available at present. Her net worth is reportedly estimated at $2 million.

Our contents are created by fans, if you have any problems of Kelley O’Hara Net Worth, Salary, Relationship Status, Married Date, Age, Height, Ethnicity, Nationality, Weight, mail us at [email protected]