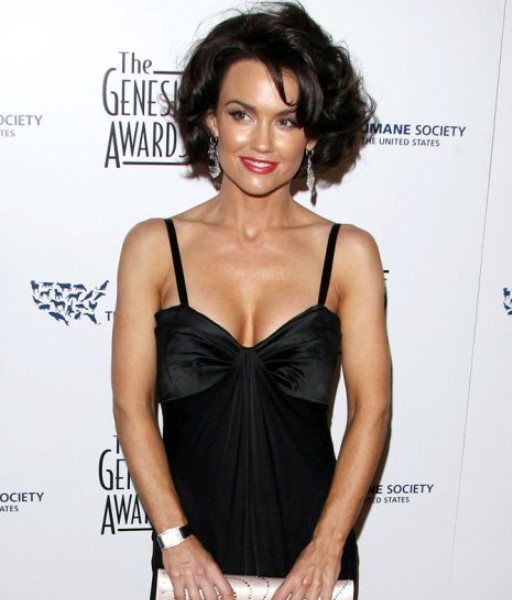 Kelly Carlson is an American actress and model who is best known for her role as Kimber Henry in the FX drama series, “Nip/Tuck”. Kelly actually got her breakthrough with the series that earned several nominations and awards as well. Born in Minneapolis, and raised in Bloomington, Minnesota, Kelly began her career as an actress in a minor role in “3000 Miles to Graceland”(2001).

In 2001, Carlson was listed on Tear Sheet Magazine’s 50 Most Beautiful list. Besides, Carlson is active in social media sites with her Instagram: @therealkellycarlson.

What is Kelly Carlson Famous for?

Where was Kelly Carlson Born?

Kelly Carlson was born on February 17, 1976, in Minneapolis, Minnesota, United States. Her birth name is Kelly Lee Carlson. Her nationality is American. Carlson belongs to mixed(Swedish, German, Irish, English, and Norwegian) ethnicity while Aquarius is her zodiac sign.

Kelly was born as the daughter of Swedish parents, Lee Dixon Carlson(father) and Mary Joan(mother). Her father worked as a high school basketball coach while her mother was a hairdresser. With her father being in the field of sports, she also developed an interest in sports from a young age. She was even an equestrian rider when she was just 7 years old. She even became interested in performance arts and eventually focused to become an actor.

When Kelly was just a teenager, her family moved to Bloomington and later to Richfield, from where Kelly completed her high school, Academy of Holy Angels, and began doing theatre. With her toned body physique even at her young age, Kelly began modeling at the age of 17 and even appeared in the campaigns for products such as Miller Lite, Rembrandt, and Oliver Peoples Sunglasses.

Who is Kelly Carlson Married to?

Kelly Carlson is married to Dan Stanchfield. Dan is a U.S Navy with whom she got married in a private ceremony to make their wedding a bit confidential. The couple has no children yet. They currently reside in San Diego. Carlson even explained that the couple relocated from LA to San Diego for Dan’s work in the Navy.

Besides, Carlson is trained in the Filipino martial art “Kali”. She also works for several charitable organizations such as LongRun Thoroughbred Retirement Society and Wounded Warriors.

What is the Net Worth of Kelly Carlson?

Kelly Carlson has quite great earnings from her professional career as an actress. Having been in the field for years, she has managed to amass a fruitful wealth from the few movies and series. Her net worth is estimated to be around $500k.

How Tall is Kelly Carlson?

Kelly Carlson is a gorgeous lady in her 40s. With her perfectly maintained hourglass-shaped slim body physique, Carlson has managed to win several hearts all around the world. She stands tall with a height of 5ft. 5inch.(1.65m) while her body weighs around 110 lbs(50 kg).

Carlson has a fair complexion with dark brown eyes and blonde hair. Her body measurement is 35-24-35 inches with 32 C as her bra size, 9(US) as her shoe size, and 2(US) as her dress size.

Our contents are created by fans, if you have any problems of Kelly Carlson Net Worth, Salary, Relationship Status, Married Date, Age, Height, Ethnicity, Nationality, Weight, mail us at [email protected]