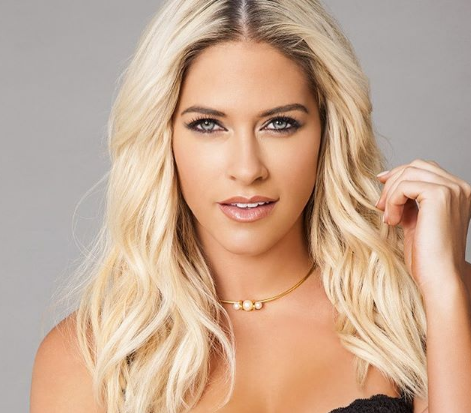 Kelly Kelly is an American model, former professional wrestler, and professional wrestling valet, better known by her ring name Kelly Kelly. She once became the winner of the WWE Divas Championship. Kelly is well-known in the world for her days in WWE and Kelly has a background in gymnastics and cheerleading.

If you want to know more about the professional wrestler, we must say you have stumbled upon the correct page. The article includes her age, net worth, height, weight, and marital status. So, stay tuned to us until the end.

The first female 24/7 Champion has been crowned, former WWE star Kelly Kelly. It all went down after Drake Maverick defeated R-Truth during the Raw Reunion special to capture the belt. This led to Pat Patterson beating Drake moments later for the title.

Then, after that, Gerald Brisco beat his former cohort for the 24/7 Championship, and while celebrating he was rolled up for a pinfall victory by Kelly Kelly.

Kelly ultimately lost the title to Candice Michelle, who lost it to Alundra Blayze. You can watch the clip of Kelly’s win in social media or the internet easily.

Who are the parents of Kelly Kelly?

Recalling her early life, Kelly was born in Jacksonville, Florida. Her nationality is American and her ethnicity is white. She is the daughter of Jewish father Ron Blank and Christian mother Robin Blank. Her birth name is Barbara Jean Blank and her birth sign is Pisces. She was a fan of WWE since her childhood age. Stone Cold Steve Austin as her favorite wrestler.

Blank was also interested in gymnastics and she did gymnastics for ten years. She was forced to quit gymnastics due to an injury and then she started cheerleading. Before entering WWE, she was graduated with a degree in broadcast journalism and she worked as an anchor in various TV shows. She also worked as a model for Venus Swimwear and Hawaiian Tropic.

When did Kelly Kelly pursue her modeling and wrestling career?

What are the achievements of Kelly Kelly?

She was awarded the Slammy Award in 2011 for winning WWE Divas Championship. She was nominated for Kids’ Choice Awards, USA several times and has won the award in 2012.

Is Kelly Kelly married or not?

Reflecting on her personal life, Kelly Kelly is a married woman. She dated former ice hockey player Sheldon Souray. The couple got engaged in August 2014 and they got married on February 17, 2016, and split time between Las Vegas and Los Angeles. The couple separated in 2017. Their marriage ceremony was held in Mexico. She does not have any children until now.

Talking about her past affairs, Kelly Kelly was in a relationship with former Canadian wrestler Andrew Martin. Their relationship ended with the death of Andrew in March 2009.

What is Kelly Kelly Net Worth?

As per various online sources, Kelly grabbed the sum of the good money from his career as a wrestler. She is said to have an annual salary of $285,000 and her net worth is said to be around $4.5 Million at present.

How tall is Kelly Kelly?

Looking at her body physics, Kelly has a body height of 5 feet 5 inches. Her body weighs 49kg. Moreover, she has blue eyes and has dyed her hair Blonde. Talking about body measurement, her body figures measures 37-24-36 inches. Further, Her bra size is 34D. Similarly, she wears a shoe size of 7.5 (US) and dresses a size of 6 (US).

Our contents are created by fans, if you have any problems of Kelly Kelly Net Worth, Salary, Relationship Status, Married Date, Age, Height, Ethnicity, Nationality, Weight, mail us at [email protected]