Ken Berry is a well-known American actor, dancer, and singer. 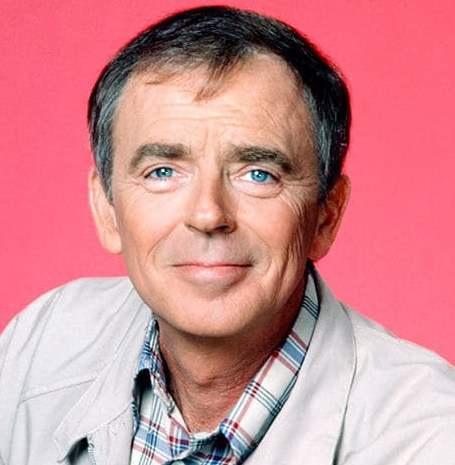 Kenneth Ronald Berry famed as Ken Berry is a well-known American actor, dancer, and singer. He starred on the television series F Troop, The Andy Griffith Show, Mayberry R.F.D. and Mama’s Family and also appeared on Broadway in The Billy Barnes Revue, headlined as George M. Cohan in the musical George M! and provided comic relief for the medical drama Dr. Kildare, with Richard Chamberlain in the 1960s. He is a very talented actor.

Ken Berry, ‘F Troop’ and ‘Mama’s Family’ star, dies at 85. Ken Berry, an Army veteran and a song-and-dance man who became one of the small screen’s earliest stars, died Saturday at age 85. His former wife, actress Jackie Joseph-Lawrence, broke the news with a brief message on Facebook that read, “With very deep sorrow, I must inform friends of Ken Berry that he died a short time ago”. Actor Larry Storch, who starred in “F Troop” alongside Berry in the 1960s, also posted a note to Facebook: “Dear friends. We are sad to let you know our beloved Captain, Mr. Ken Berry passed away tonight. We are at a true loss for words. Ken, we hope you know how much you were loved. Goodnight Captain. We miss you already”. No cause of death was immediately announced.

Ken died in Burbank, California, on 1st December 2018, Saturday at the age of 85. His death was announced by his ex-wife, actress Jackie Joseph in a Facebook post. The Facebook post read, “With very deep sorrow, I must inform friends of Ken Berry that he died a short time ago”. The main cause of his death has not been revealed yet. According to his ex-wife, he had been battling heart issues for months and had stent surgery in October 2018. His heart illness continued to worsen in recent weeks, and he’d been in and out of the hospital.

On 3rd November 1933, Ken Berry was born with the birth name of Kenneth Ronald Berry in Moline, Illinois, U.S. His nationality was American. He was born to Darrell Berry and Bernice, his parents. He was of Swedish-English descent. He wanted to be a dancer and singer at age 12, as he watched a children’s dance performance during a school assembly and also dreamed of starring in movie musicals and went to the movie theater to see Fred Astaire and Gene Kelly in some of his favorite films, including Easter Parade, Royal Wedding, On the Town, and Summer Stock.

Later, he volunteered for the United States Army and was assigned to Fort Bragg in Fayetteville, North Carolina after his high school graduation. His first year in the Army was spent in the artillery. His second and final year in the army was with Special Services.

Ken has got a very attractive personality and with his charming face and a glowing smile, he attracts a lot of people towards him. His body features such as height, weight, arms size, eye color, hair color and more have not been revealed yet and will be updated very soon.

Net Worth of Ken

The net worth of this famous actor, dancer and singer is estimated to have $4 Million as of 2018. He was earning a good amount of money from his work. His exact salary was $2 Million as of 2018. He was satisfied with his earning and he enjoyed his life a lot from the money he earned from his work. He was a very successful person in his career life.

Ken Berry was a married person. He was married to Jackie Joseph, his wife on 29th May 1960. The couple adopted two children named John Kenneth in 1964 and daughter Jennifer Kate in 1965. But the couple separated in the year 1976. His son John, who later became a co-founder of the Indie rock band Idaho, died in 2016 of brain cancer at the age of 51.

Our contents are created by fans, if you have any problems of Ken Berry Net Worth, Salary, Relationship Status, Married Date, Age, Height, Ethnicity, Nationality, Weight, mail us at [email protected]