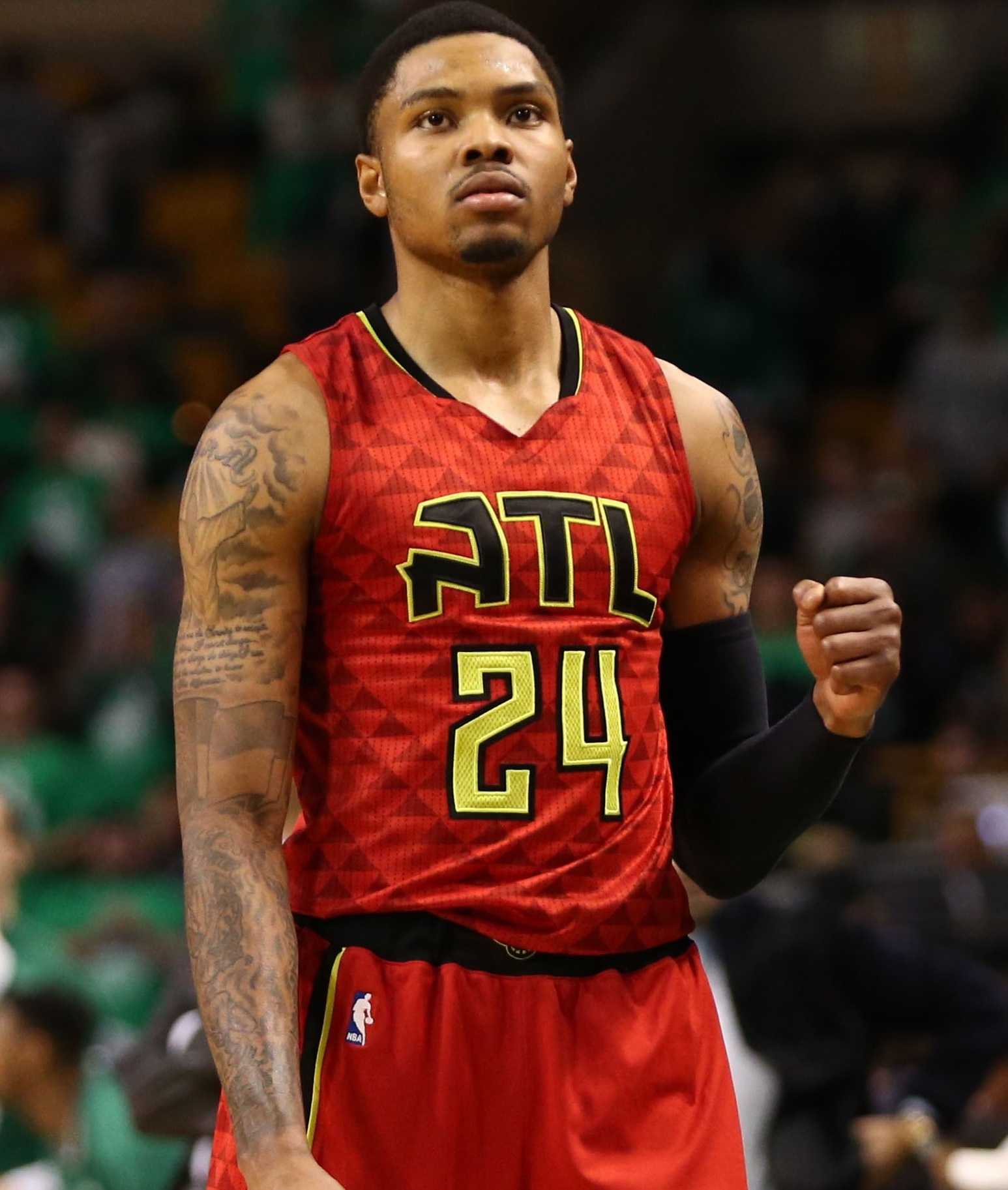 Kenneth Lamont Bazemore, popularly known as Kent Bazemore is an American professional basketball player. He plays for the Portland Trail Blazers of the National Basketball Association (NBA). He plays in the shooting guard/small forward position. He played collegiate basketball at Old Dominion University.

What is Kent Bazemore Famous For?

– Awarded with Lefty Driesell Award in 2011.

Where was Kent Bazemore Born?

Kent Bazemore was born on 1 July 1989. His birth name is Kenneth Lamont Bazemore. His birthplace is in Kelford, North Carolina in the United States. He holds an American nationality.

He attended Bertie High School in Windsor, North Carolina. After graduating from high school, he committed to play at Old Dominion University. He redshirted the 2007-08 season.

He averaged 4.5 points, 3.1 rebounds, and 1.5 assists per game as a freshman at ODU. ODU won the 2009 CollegeInsider.com Tournament.

He averaged 8.4 points, 3.4 assists, 4.2 rebounds, and 1.9 steals per game as a sophomore. He was also named to the CAA All-Defensive team that season.

He received national recognition after receiving the Lefty Dreisell Award.

As a senior, he averaged 15.4 points, 6.1 rebounds, 3.1 assists, and 2.1 steals per game. ODU retired Bazemore’s number 24 Monarchs jersey at halftime of a game against state rival VCU in December 2016. He was also inducted into the school’s athletic Ring of Honor.

He graduated from ODU with two degrees in Human Services and Criminal Justice.

He went undrafted in the 2012 NBA draft.

He then joined the Oklahoma City Thunder for the Orlando Summer League and the Golden State Warriors for the Las Vegas Summer League.

He signed with Golden State in July 2012.

He was assigned multiple times to the Santa Cruz Warriors during his rookie season.

He rejoined Golden State for the 2013 NA Summer League.

Golden State traded Bazemore along with MarShon Brooks to the Los Angeles Lakers in exchange for Steve Blake in February 2014.

He suffered a torn tendon injury in his right foot in April 2014. The injury sidelined him for the rest of the season.

He signed with Atlanta Hawks in September 2014.

He averaged 5.2 points, 3.0 rebounds, and 1.0 assists per game in his first season at Atlanta.

The Hawks traded Bazemore to the Portland Trail Blazers in exchange for Evan Turner in June 2019.

No. 24 retired by Old Dominion

Who is Kent Bazemore Married to?

Kent Bazemore is a married man. He is married to Samantha Serpe. The couple tied a knot to each other in 2017.

What are Kent Bazemore Body Measurements?

What is Kent Bazemore Net Worth?

Kent Bazemore earns from his professional basketball career. His income comes from salary, bonuses, contracts, and endorsements. His net worth is not available at present. It will be updated soon.

Our contents are created by fans, if you have any problems of Kent Bazemore Net Worth, Salary, Relationship Status, Married Date, Age, Height, Ethnicity, Nationality, Weight, mail us at [email protected]