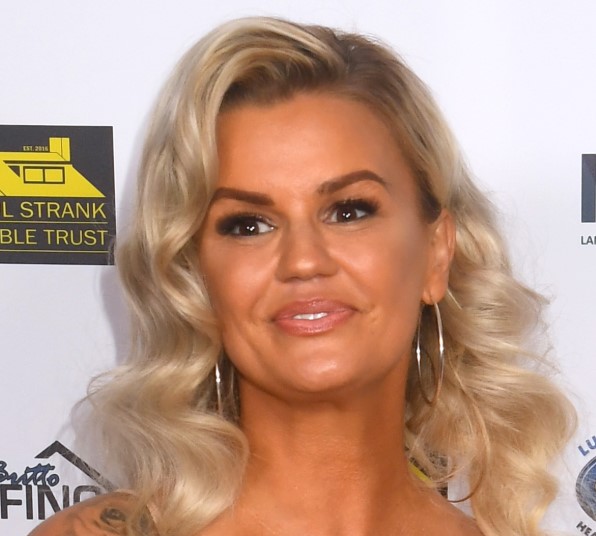 Kerry Katona is an English singer, songwriter, and TV personality. She is a former member of the pop girl band ‘Atomic Kitten’. She has appeared in many reality TV series including; Celebrity Big Brother, Loose Women, Dancing On Ice, ElimiDate. She was also runner up of Celebrity Big Boss in 2011. She has suffered from mental health issues including depression, dyslexia, bipolar disorder, and attention deficit hyperactivity disorder.

Kerry Katona’s daughter auditioned for the 4th season of The Voice Kids in 2020. Heidi amazes ‘The Voice Kids’ fans with her incredible singing voice. Her performance impressed the coaches. In a few seconds, Will.i.am and Pixie Lott turned for her but she chose judge Paloma Faith as her coach.

After the show, Kerry Katona shared her pride on Instagram and writes: “Soooooo bloody proud of my baby girl @heidikatona she was so nervous but she didn’t quit heidi gets really bad Anxiety so to see her do something so big and face her fear I’ve couldn’t be more prouder xxxxx I’m in bits love you xxxxxxx your my hero xxxx”

What is Kerry Katona famous for?

Where was Kerry Katona born?

Kerry Katona was born in Warrington, Cheshire, England on September 6, 1980. She was born to a father, Ron Armstrong, and mother, Sue Katona as Kerry Jayne Elizabeth Katona. Kerry holds British nationality and her ethnicity is white. She belongs to Hungarian descent. Her zodiac sign is Virgo. She has four brothers, Ian Armstrong, Paul Armstrong, Jason Armstrong, and Wayne Armstrong, and a sister, Lynsey Armstrong. Her religion is Christianity.

Regarding her educational background, Kerry attended eight different schools including Padgate High School in Warrington, Cheshire. She left her schooling at the age of sixteen to focus on dancing.

Currently, Kerry Katona is single. She lives happily with her five children.

Previously, Kerry Katona has married three times. She married former Westlife star Brian McFadden on 5 January 2002. The couple blessed with two daughters, Molly Marie McFadden and Lilly-Sue McFadden. The couple split in 2004 but their divorce had to finalize in 2006.

Later, she married a taxi driver Mark Croft in a private ceremony in Gretna Green On 14 February 2007. They have a daughter, Heidi Elizabeth Croft, and a son, Maxwell Mark Croft. Again, she divorced Mark in 2011.

On 14 September 2014, She married former rugby league footballer, George Kay. The couple has a daughter, Dylan-Jorge Rose Kay. Mark died on 5 July 2019 after an overdose.

Kerry Katona is a beautiful lady with average body build. She stands a height of 1.6 m (5 feet and 3 inches) tall and she has a bodyweight of 55 kg (121 lbs.). Her body measurement is 36-28-35 inches. Her bra cup size is 28H. She wears a 7(US) shoe size and her dress size is 8(US). Her hair color is Dark Brown and her eye color is also Dark Brown. Her sexual orientation is Straight.

Kerry Katona has a successful career as a singer and reality TV star. She makes major of her income from her television work in light entertainment and reality shows. Also, she has earned a beautiful amount from the music industry. Her net worth is estimated at $2 million at present.

Our contents are created by fans, if you have any problems of Kerry Katona Net Worth, Salary, Relationship Status, Married Date, Age, Height, Ethnicity, Nationality, Weight, mail us at [email protected]