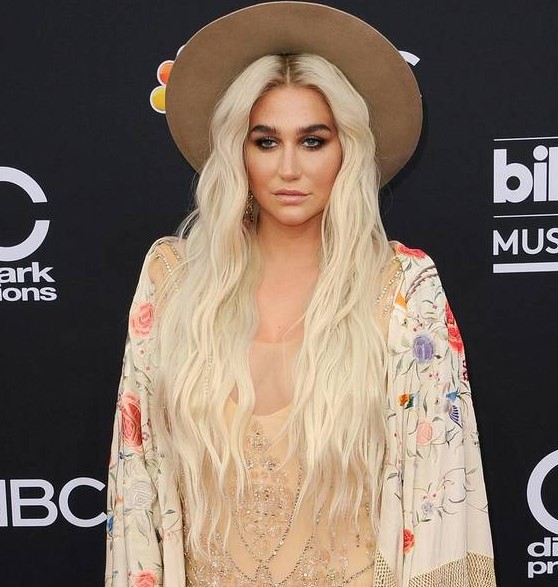 Kesha, the mononymous name of Kesha Rose Sebert, is an American singer-songwriter and rapper, who is also known for her hit debut single “Tik Tok” that reached #1 in nine countries and became the second best-selling digital single in history. She is also one of the most known American musicians with almost 60 million album sales worldwide. She even had won the MTV Europe Music Award for Best New Act in 2010.

What is Kesha Famous for?

Where is the name Keisha from?

Kesha was born on March 1, 1987, in Los Angeles, California. Her birth name is Kesha Rose Sebert. Her nationality is American. Kesar belongs to White ethnicity and is of Polish and Hungarian ancestry while Pisces is her zodiac sign.

Kesha was born in a well-to-do family and was raised by a single mother, Rosemary Patricia “Pebe” Sebert. Pebe is a singer-songwriter who co-wrote the 1978 single “Old Flames Can’t Hold a Candle to You” with Hugh Moffatt for Joe Sun. Being a single mother, she struggled financially as she had to raise two children: Kesha and her older brother, Lagan. Kesha hasn’t any details about her father, however, a man named Bob Chamberlain claimed himself to be her father.

Later, in 1991, when Kesha was just 4, her family moved to Nashville, Tennessee after Pebe secured a new publishing deal for her songwriting. Pebe frequently brought her children along to recording studios and she even encouraged Kesha to sing when she noticed Kesha’s vocal talent.

She even learned to play the trumpet and saxophone. Kesha attended Franklin High School and Brentwood High School and later, she joined Barnard College, but she got dropped out soon to pursue her music career at 17. Kesha and Pebe even co-wrote the song “Stephen” together when Kesha was 16.

Who is Kesha Married to?

Kesha is currently single. She is openly bisexual and has performed legal commitment ceremonies for both same-sex and opposite-sex couples. Kesha talks about her sexual orientation that she just likes people no matter what gender the person is. She has been involved with LGBT activism as well as animal rights.

Besides, Kesha had suffered from the eating disorder bulimia nervosa after she was signed to Dr. Luke’s recording production. Her mother, Pebe even alleged that Dr. Luke was partly the cause of Kesha’s eating disorder, saying that Luke had allegedly told her to lose weight after he signed her.

On March 6, 2014, after spending two months in rehab, she completed her treatment.

How much is Kesha worth?

The 33 years old Kesha has quite a great earnings from her professional career as a rapper. Working in this field for more than a decade, she has managed to amass a great fortune worth million dollars from her several albums and tours.

Her estimated net worth is around $6 million.

Back then, when she was signed to Dr. Luke, she had a net worth around $40 million but everything got messed up between them. She even had raised close to $70,000 from the event in 2010. Kesha also has her own cosmetics line in partnership with indie makeup brand Hipdot, “Kesha Rose Beauty”.

With all the million worth net worth, Kesha has been living a lavish lifestyle.

How Tall is Kesha?

Our contents are created by fans, if you have any problems of Kesha Net Worth, Salary, Relationship Status, Married Date, Age, Height, Ethnicity, Nationality, Weight, mail us at [email protected]