Kevin Jerome Gilyard, better known by his stage name Kevin Gates, is an American rapper, singer, and entrepreneur. He is currently signed to Bread Winners' Association with a partnership with Atlantic Records. 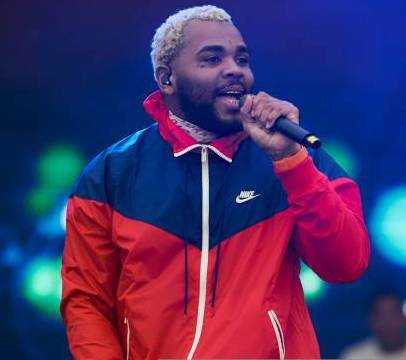 Kevin Gates is an American rapper, singer, and entrepreneur, who is currently signed to Bread Winners’ Association with a partnership with Atlantic Records. Gates is popularly known for his debut album, “Islah” and his numerous mixtapes including “Stranger Than Fiction”, “By Any Means”, and “Luca Brasi 2”. Gates has been into the music industry as top rapper however, his name has been linked with several controversies and scandals.

What is Kevin Gates Famous for?

When and Where was Kevin Gates Born?

Kevin Gates was born on February 5, 1986, in New Orleans, Louisiana, United States. Gates was born as Kevin Jerome Gilyard. His nationality is American. Gates belongs to African-American ethnicity and is of Moroccan and Puerto Rican descent while Aquarius is his zodiac sign.

Gates and his family moved to Baton Rouge soon after the birth of Kevin. Kevin was raised along with his two younger siblings by his mother, Martha Green Gates. Gates grew up in a poverty-stricken neighborhood and he had an often tumultuous upbringing as he was arrested for the first time in 1999 at the age of 13 for “joyriding” as a passenger.

Gates briefly attended Baton Rouge Community College as later his father died of illness after which Kevin went to a very hard time.

However, Kevin had a keen interest in music since his childhood, he even started rapping when he was 14. Besides, Gates earned a Master’s degree in Psychology through a prison program in 2011.

The 33 years old, Kevin Gates has been involved in numerous controversies and scandals over many years on several occasions. Gates came to the hate list of people with a lot of negative publicity for admitting that he had sexual relations with his cousin. In 2008, Gates had to spent around 31 months at the prison after then in 2015,

Gates was charged with battery for kicking a fan during his stage performance. On October 26, 2016, he was convicted of the charge and sentenced to 180 days in jail. In 2017, Gates was sentenced to a 30-month prison for gun charges stemming from a 2013 incident.

Who is Kevin Gates Married to?

Kevin Gates is married to his longtime girlfriend, Dreka Haynes. Kevin and Dreka got married on October 17, 2015. The couple together has two children: Islah Karen and Khaza Kamil Gates.

Gates has turned to Muslim along with his wife and children since September 2016.

How Much Does Kevin Gates Earn?

The controversial rapper, Kevin Gates has quiet a great earning through his musical career. Gates has managed to amass a great fortune of the amount in million dollars through his several mixtapes and albums. Gates also earns through his concerts and shows as he charges around $15,000 to $30,000.

Gates enjoys his fortune which is estimated to be around $1.5 million. Gates even has his own energy drink, “I Don’t Get Tired” which adds few dollars to his fortune. With all the fortune in million dollars, Gates is living a luxurious life no doubt. Gates even has a car collection that includes Porsche 911, Corvette ZR1, and Corvette ZO1.

How Tall is Kevin Gates?

The tall, dark and handsome, Kevin Gates has an average body build. Gates stands tall with a height of 6ft. 2inch.(1.88m) while his body weighs around 80kg(176 lbs). Gates has a dark complexion with black hair and dark brown eyes. Gates is also known for his tattoos as he has many tattoos painted on his body.

Our contents are created by fans, if you have any problems of Kevin Gates Net Worth, Salary, Relationship Status, Married Date, Age, Height, Ethnicity, Nationality, Weight, mail us at [email protected]