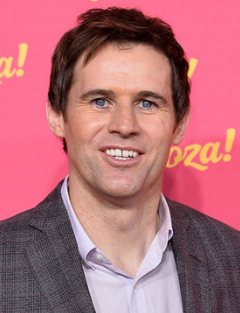 Kevin Kilbane is an Irish former professional footballer and soccer analyst. He has won 110 caps for the Republic of Ireland national team before his retirement. Currently, He works as an analyst for Virgin Media Television (Ireland), BBC Radio 5 Live, BBC Match of the Day, Football Focus, Final Score and Ireland’s Newstalk Radio Off The Ball Football Show. Let’s know more about him through this article.

Kevin Kilbane is well-known for what he does.

An Irish former professional footballer who played both left-back and left-winger for the Republic of Ireland national team.

In Ireland and England, he works as a soccer analyst for numerous TV and radio shows.

Kevin Kilbane was born in the United Kingdom.

Kevin was born in Preston, Lancashire, England, according to his biography. Kevin Daniel Kilbane was born in the year 1977 to Patrick Farrell Kilbane and Elsie Kilbane. He has a brother named Farrell Kilbane as well. He mostly splits his time between Dublin, Ireland, and Manchester, England.

His nationality is also Irish, and he is of White origin. In addition, his zodiac sign is Aquarius, but his religion is unknown. He graduated from Staffordshire University with a degree in Professional Sports Writing and Broadcasting.

In terms of his professional career, Kevin made his professional debut in 1995 with Preston North End, his hometown club. His results drew the interest of other clubs, and he was sold for £1 million to West Bromwich Albion in 1997.

Sunderland paid £2.5 million for the left-winger in December 1999, but he failed to shine as he had done previously. In 2003, he joined Everton for just under £1 million, displaying tremendous versatility in three positions: midfield, left-back (or even as a support striker), and left-wing.

He signed a three-year contract with Wigan Athletic for an approximate fee of £2 million on August 31, 2006, and scored his first goal for the club with a powerful header in a 3–3 draw against Tottenham Hotspur on April 15, 2007.

On the 15th of January 2009, he was moved to Hull City, where he joined Huddersfield Town on loan on the 1st of January 2011. In the same month, he signed with the club. He then helped the team go undefeated in the league for a club-record 26 games.

He signed a one-year contract with Coventry City on July 2, 2012. On 14th August 2012, he made his League Cup debut, scoring a late winner from the penalty spot against Dagenham & Redbridge.

He was appointed captain of Coventry City for the 2012-13 season on August 16, 2012. On the 24th of October 2012, he made his last professional appearance as a substitute in a 2-1 loss at Brentford before announcing his immediate retirement on the 8th of December 2012.

What is Kevin Kilbane up to these days?

Kevin focused his efforts toward the end of his career on establishing a media career. RTÉ Sport recruited him for their pundit team ahead of the 2010 FIFA World Cup in South Africa. He has been a studio analyst for UEFA Champions League and UEFA Europa League coverage on TV3 and 3e in Ireland since 2012, and he also appears on Setanta Sports on a regular basis.

He has been a co-presenter on Newstalk radio in Ireland’s Off the Ball show since August 2016. Until now, he has also provided commentary for the station’s Premier League coverage.

Who is Kevin Kilbane’s wife?

In terms of her personal life, Kevin married Laura after four years of dating, but the couple divorced in 2011 after 12 years of marriage. Elsie and Isla are the couple’s two daughters.

After becoming partners in the twelfth series of Dancing on Ice, he became engaged to professional figure skater Brianne Delcourt in February 2020. The pair started dating in December 2019 and confirmed their engagement on February 5, 2020, on Instagram with a short video clip of the moment. Brianne has a daughter named Gracia Isabella from a previous relationship. As of now, the couple is in a happy relationship.

Kevin Kilbane’s net worth is unknown.

Kevin would gain an impressive amount of money and recognition in the sports industry as a well-known Irish football player and current sports analyst. According to some online sources, his current net worth is reported to be $6.3 million. His salary, however, has yet to be revealed. More details about his other properties, such as vehicles, homes, and companies, is currently being investigated.

Kevin is 6 feet 364 inches tall and weighs about 82 kilograms, according to his body measurements. He, too, has an athletic build, black hair, and brown eyes. More details about his other body measurements have yet to be revealed. We will notify you if there are any disclsoed.

Our contents are created by fans, if you have any problems of Kevin Kilbane Net Worth, Salary, Relationship Status, Married Date, Age, Height, Ethnicity, Nationality, Weight, mail us at [email protected]