Irish Canadian businessman, television personality, and author who is the co-founder of O’Leary Funds and SoftKey. 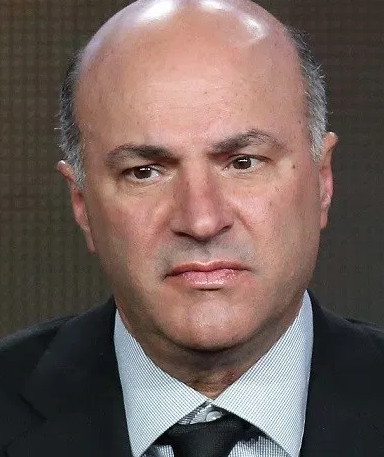 Terence Thomas Kevin O’Leary famed as Kevin O’Leary is an Irish Canadian businessman, television personality, and author who is the co-founder of O’Leary Funds and SoftKey. He has appeared in several Canadian television shows over the years including ‘SqueezePlay’, ‘The Lang and O’Leary Exchange’, and ‘Dragons’ Den’ among others. In 2017, he campaigned to be the leader of the Conservative Party of Canada. Overall, he is a very talented person.

Several details from the tragic boat crash involving “Shark Tank” star Kevin O’Leary that left two people dead are still shrouded in mystery. O’Leary was reportedly in a smaller vessel that struck a larger vessel in Ontario, Canada over last weekend. A man identified as Gary Poltash, 64, died at the scene and a woman identified as Susanne Brito, 48, died on Tuesday in the hospital due to her injuries. The incident took place on Lake Joseph. O’Leary’s popular reality show returns for its eleventh season at the end of September. So far, ABC has not returned any of Fox News’ requests for comment on the matter and has not issued any kind of public statement about O’Leary, nicknamed Mr. Wonderful. In addition, none of O’Leary’s co-stars on the show have commented on the situation on social media since the tragic news broke. No representatives for Barbara Corcoran, Mark Cuban, Lori Greiner, and Daymond John responded to Fox News’ comment requests, either. Robert Herjavec had no comment when reached. O’Leary issued a statement following the accident. “Late Saturday night I was a passenger in a boat that had a tragic collision with another craft that had no navigation lights on and then fled the scene of the accident,” he said.

O’Leary was born on 9th July 1954 as Terence Thomas Kevin O’Leary in Montreal, Canada to parents Georgette and Terry O’Leary. Additionally, he has a brother, Shane O’Leary. His parents divorced when he was a child. Throughout most of his childhood years, he lived in Cambodia, Tunisia, and Cyprus. Additionally, he was interested in photography and aspired to become a photographer as a child. He holds both Canadian and Irish nationality. He belongs to a mixed ethnic background of Irish and Lebanese. He attended Stanstead College and St. George’s School. Additionally, he later received an honors bachelor’s degree in environmental studies and psychology from the University of Waterloo. He also has an MBA in entrepreneurship from the Ivey Business School. His religion is Christian. As of 2019, he celebrated his 65th birthday.

O’Leary has a tall height of 5 feet 9.5 inches (1.77 m). Additionally, his hair color is black/grey and eye color is dark brown. He has got a balanced body weight but it has not been revealed yet. Also, his other body measurements have not been disclosed but it will be added soon. Overall, he has got a healthy body.

Net Worth of Kevin

Kevin O’Leary has not revealed his current salary. He has an estimated net worth of more than US$400 million at present. But there is no doubt that he is earning a considerable amount of salary.

Kevin O’Leary is a married man. He is married to Linda O’Leary. The pair married in 1990. However, they separated in 2011 but resumed their marriage after two years. Linda works as the VP of Marketing for O’Leary Wines. The pair has two children from this relationship, Trevor, and Savannah.  The marriage is stable and going strong as there is no news regarding any extramarital affairs at present. As of today, the couple is enjoying their life a lot.

Our contents are created by fans, if you have any problems of Kevin O’Leary Net Worth, Salary, Relationship Status, Married Date, Age, Height, Ethnicity, Nationality, Weight, mail us at [email protected]