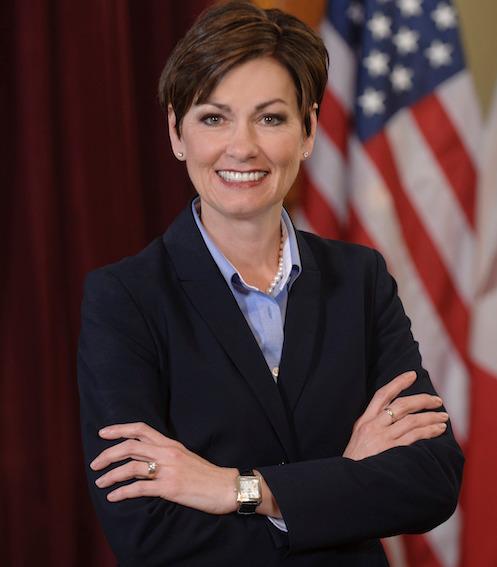 Kimberly Kay Reynolds shortly as Kim Reynolds is an American politician serving as the 43rd as well as the current Governor of Iowa since the year 2017. She is the first female Governor of Iowa. She is also a member of the Republican Party. She served as Clarke County Treasurer for four terms and then served in the Iowa Senate from 2009 to 2011. She became Governor of Iowa in May 2017 when her predecessor, Terry Branstad, stepped down to become United States Ambassador to China. She signed a bill that scaled back energy efficiency programs and a bill that the Des Moines Register referred to as “the most restrictive abortion ban in the nation.” Moreover, she also won a full term as governor in the 2018 gubernatorial election.

Upon discovery of the existence of substantial community spread of COVID-19 in the state, Gov. Reynolds is recommending that Iowa schools close for four weeks. “Based on new information today from the Iowa Department of Public Health, now is the time to move to the next level of response,” Gov. Reynolds stated. “I am now recommending that all Iowa schools close for a period of four weeks to help mitigate the spread of COVID-19.” Earlier today, IDPH was notified of four additional positive cases of Iowans with COVID-19, for a total of 22 positive cases. According to IDPH, two cases are related to international travel. The individuals are residents of Allamakee County, one is a middle-age adult between 41-60 years; the other is a child, age 0-18 years. The third case is a middle-age Johnson County resident with no identified travel-related risk or exposure to a known COVID-19 case and is considered the second case of community spread in Iowa. The fourth individual resides in Polk County and is a middle-aged adult and indicates the third case of community spread.

What is the birthplace of Kim Reynolds?

On 4th August 1959, Kim Reynolds was born in St. Charles, Iowa, the USA. Her nationality is American and her ethnicity is White. As of 2019, she celebrated her 60th birthday. Her birth name is Kimberly Kay Strawn. She was born to Charles Strawn and Audrey Strawn, his parents. She attended high school at the Interstate 35 Community School District and graduated in 1977. After that, she attended Northwest Missouri State University. There she took classed in business, consumer sciences, and clothing sales as well as a design between 1977 and 1980. After that, she took classed at Southeastern Community College in the 1980s. But she did not earn any degree. She received a Bachelor of Liberal Studies degree from Iowa State University. She follows the Christian religion.

How was Kim Reynold’s Career?

What is the Net Worth of Kim Reynolds?

The exact net worth of Kim Reynolds is still a mystery as she has not revealed anything about it. Meanwhile, Kim is receiving a $130,000 payroll annually which practically ensures that she is building great fortunes and getting wealthier over the years of her political career. Once her total net worth is revealed, we will add it quickly. Her major source of earning is from a political career and she is satisfied with her earnings as of now.

Who is the Husband of Kim Reynolds?

Kim Reynolds is a married person. She was married to Kelvin Reynolds in the year 1982. The duo is blessed with three children named Jennifer, Nicole, and Jessica with nine grandchildren. As of now, the duo is living a happy life without any disturbances. Her sexual orientation is straight.

How tall is Kim Reynolds?

Kim Reynolds is a very beautiful politician with a charming personality. As of now, her exact height, weight, and other body measurements has not been revealed by any sources yet neither she herself has revealed about her body measurements. Overall, she has got a healthy body with a slim body build.

Our contents are created by fans, if you have any problems of Kim Reynolds Net Worth, Salary, Relationship Status, Married Date, Age, Height, Ethnicity, Nationality, Weight, mail us at [email protected]