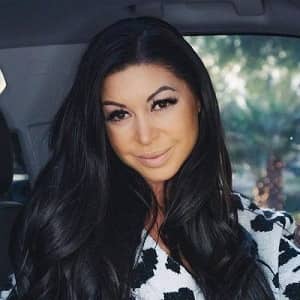 Kira Girard is a famous television personality and Dance teacher from America. She is also famous as the mother of the actress, Kalani Hilliker. Kira and her daughter appeared on the reality dance competition show ‘Dance Moms’ until season 4.

Where is Kira Girard from?

Kira Girard was born on August 4, 1981, in Gilbert, Arizona. She is American by nationality and is currently 39 years old. She was born as Kira Salazar and is of Spanish ethnicity with Basque roots.

Talking about her family, she hasn’t shared any details regarding her family background and details about her mother, father, and siblings.

Academically, there is no information about her educational background either. Besides working as a TV personality, she prefers hiking, doing things outdoors, spending time with the kids, and going to the beach.

How is the professional life of Kira Girard?

Referring to the professional life of Kira Girard, there is very less known about her career. She initially appeared on the Lifetime’s TV series, Abby’s Ultimate Dance Competition earning her lot of fame and recognition. During the series, she appeared as the mother of Kalani Hilliker. Moreover, her daughter was able to finish as the third runner up of the show.

Moreover, the two became contestants for the Lifetime’s dance competition, Dance Moms. The following year, she joined the reality TV dance show in 2013 and left the dance show after the midseason finale of its season 4.

According to ‘International Business Times’, she pulled her daughter from the show in response to an appeal to sign a 7-year contract in order to continue on Season 4. However, they later returned on the fifth season of ‘Dance Moms.’

What is the relationship status of Kira Girard?

Currently speaking, Kira Girard is engaged to David Newmann. David is a real estate agent and the couple met at a friend’s wedding. The two were engaged on the 19th of August, 2015 at the set of Dance Moms. The couple even introduced a son, Jet Newmann on October 20, 2015.

Previously, she was married to Jason Girard in 2006, and together they have a son, Jax. The two finalized their divorce in 2012. Moving more deeper in the past, she was married to Matthew Hilliker in 2001. However, the two got divorced in 2004. She has a daughter with him named, Kalani.

What are her rumors and controversies?

It was the year 2005, she got arrested in charge of debit card theft. Likewise, she was involved in the contempt of the court for scamming people to buy plasma HDTVs via eBay. She paid a sum of $5,975 as a fine and two years of probation.

Likewise, in 2015, she had a nasty fight with Sarah Hunt‘s mother, Tracey during the backstage of Dance Moms. She initially had complimented the dancing technique of Sarah but the compliment took a negative turn. Later, Abby Lee Miller herself intervened in the fight.

What are her net worth and salary?

As a professional tv personality, Kira Girard has an estimated net worth of about $1 million and she makes an earning of about $26k to $81K as a teacher. Besides that, she also makes a profit out of her dance studio, Adage Dance Studio and from TV appearances too. She makes quite a quality living out of her earning and from the fortune she has made.

What is Kira Girard’s height?

The 39-year-old star stands with a height of 5 feet 6 inches but she hasn’t shared about her weight yet. Similarly, there is not a piece of single information about her other body measurements such as chest-waist-hips size and shoe size. However, body features of black hair and a pair of brown eyes.

Kira Girard is available under the username @kiragirard with over 1.4 million followers on Instagram. Similarly, she has more than 190K followers on Twitter, 25.5K followers on Facebook, and about 1094 followers on TikTok. She even owns a self-titled YouTube channel (kira girard) with about 1.9K subscribers.

Our contents are created by fans, if you have any problems of Kira Girard Net Worth, Salary, Relationship Status, Married Date, Age, Height, Ethnicity, Nationality, Weight, mail us at [email protected]